Ireland Basinger-Baldwin isn’t one to mince words. She proved that in the behind-the-scenes video from her “I’d Rather Go Naked Than Wear Fur” photo shoot, telling PETA, “I’ve had wardrobe people try to put me in fur coats and jumpsuits and lay on a fur rug and do whatever, and I’ve actually told people to f*ck off.”

Now, she’s saying the same thing to Canada Goose, confronting the company at its shareholder meeting on Friday morning and demanding to know why it continues to use coyote fur and down feathers despite knowing how the animals are tormented and killed. 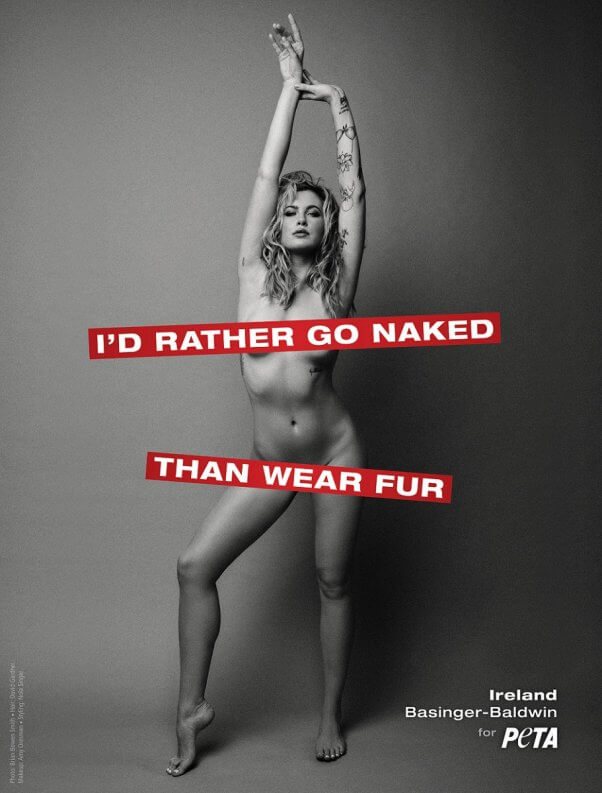 “Canada Goose uses fur from coyotes who are often immobilized in steel traps that can cut deep into their flesh, crush their limbs, and cause animals to languish for days before being crudely killed when the trapper finally returns. The fact that these devices are allowed under the Agreement on International Humane Trapping Standards and the Best Management Practices, which govern Canada Goose’s sourcing, is proof that these standards are meaningless.

Down production is also inherently cruel. PETA’s video exposé of a Canada Goose down supplier reveals workers grabbing panicked geese and hauling them around by the neck. When they piled on top of each other, many on the bottom were crushed or suffocated.

So my question is, when will Canada Goose stop using fur and down?”

And while Ireland goes after Canada Goose in the boardroom, more PETA members will be descending on the store’s Toronto headquarters and New York City flagship store with eye-catching protests like these: 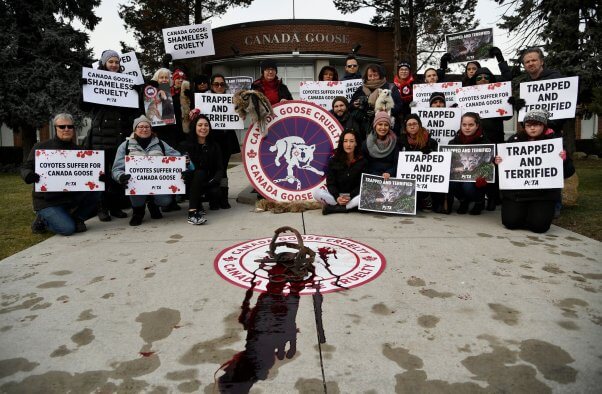 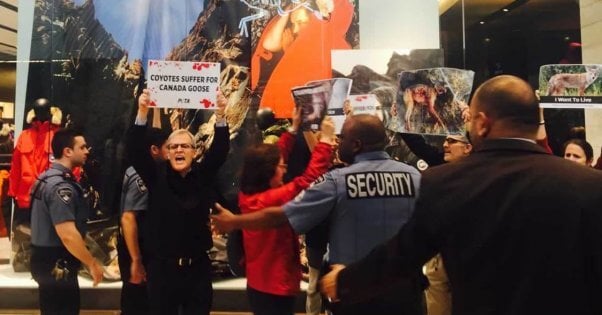 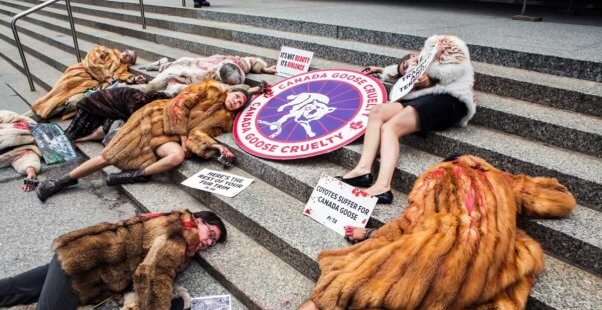 The message is loud and clear: Animals don’t exist so that their stolen skins and hair can be turned into coats. Join Ireland and PETA members around the world in calling on Canada Goose to call off the killing.