Unlike Frodo Baggins, animals don’t aspire to epic adventures—they simply want to live their lives without being captured, confined, tormented, and slaughtered.

During the production of the first film in director Peter Jackson’s The Hobbit trilogy, multiple whistleblowers tell us that horses were corralled in crowded pens, kept on ground full of burrows that caused them to lose their footing, and exposed to a variety of other hazards from which they couldn’t escape. Two horses were even run off embankments by other horses in their paddocks and sustained broken necks.

Chickens left at the mercy of dogs allowed to run loose were chased down and killed. In total, more than two dozen animals died.

Although faced with a public outcry that would make an Orc flinch, director Peter Jackson disingenuously deflected criticism and refused to give assurances that he’d stop putting animals at risk. Jackson has even less of an excuse than most: He’s the Gandalf of computer-generated imagery—yet he’s playing the role of Sauron, harassing and even killing animals simply because he can.

Before even thinking of buying a ticket to The Hobbit: The Desolation of Smaug, remind yourself of the animals who died in real life for the making of the film. 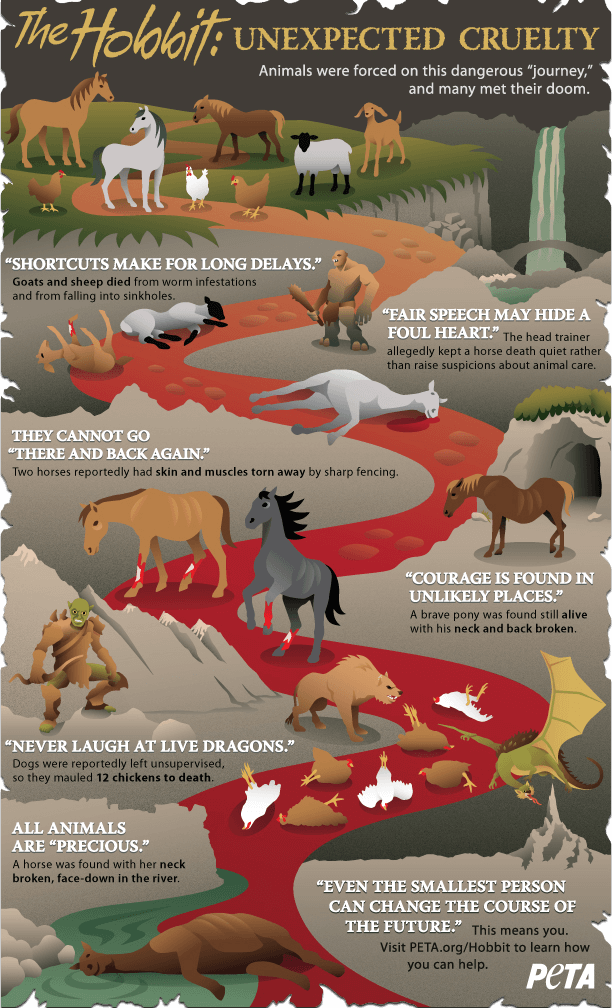