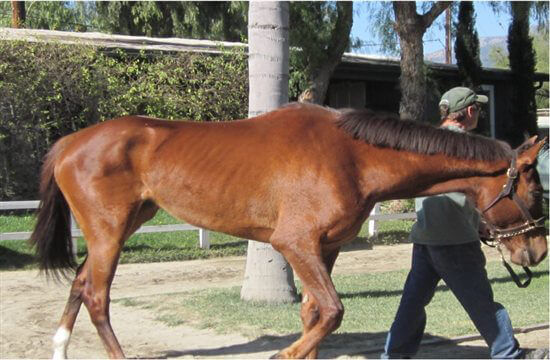 Barbara Casey is a former AHA employee who worked on the set of HBO’s now-canceled horseracing drama, Luck. According to the wrongful termination lawsuit that she has filed, Casey was terminated after she balked at her employer’s instructions to ignore animal safety standards in order to save time and money. Casey is suing the AHA, HBO, and the show’s production company, Stewart Productions, alleging that they all willfully allowed horses to be abused and attempted to cover it up. HBO tried to get itself released from the lawsuit, but it was about as lucky as the horses on set. Casey’s lawsuit states that the companies’ negligence led to the deaths of four horses—one more than previously reported. 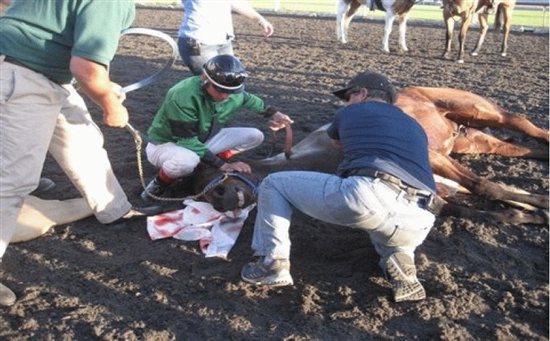 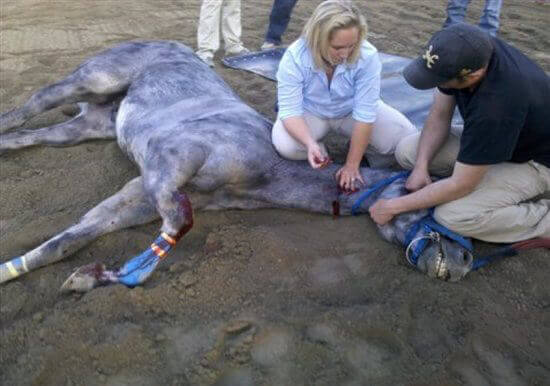 Mark’s Shadow, killed on the set of Luck, according to the lawsuit

Casey’s complaint describes several other disturbing instances in which the AHA’s lack of concern for animal welfare led to horrific injuries and even deaths. Twenty-seven animals were killed during the making of The Hobbit: An Unexpected Journey, but the AHA still slapped a familiar message at the end of the film: “American Humane monitored all of the significant animal action. No animals were harmed during such action.” The photos appear to prove otherwise: 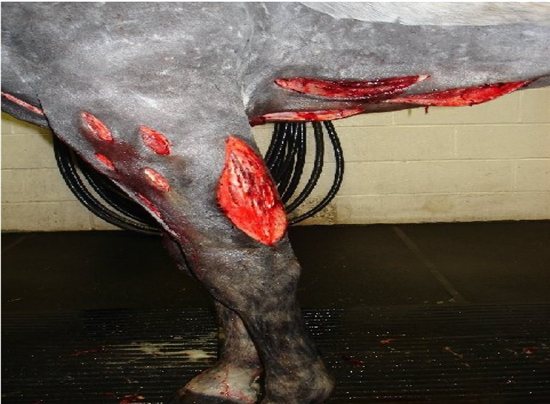 Injured horse on the set of The Hobbit: An Unexpected Journey, according to the lawsuit

Because of the conflict of interest that results from the fact that the AHA is supported by the film and television industry, the trademark “no animals harmed” assurances seem to be little more than empty promises. The only truly cruelty-free films are those in which no animals are used, period.