An upsetting video that shows a group of young people terrorizing a juvenile shark has quickly spread around the globe. Uploaded to Instagram, the video of a young man who dives on top of a small shark and wrestles the animal from the water and onto a nearby dock was watched more than 17,000 times in a single day, drawing reactions from people all over the world. The shark—disoriented and traumatized by the attack—visibly struggles on the dock as a crowd of young people laugh, cheer, and film the animal’s suffering.

This little shark started to suffocate the moment that he or she was hauled out of the water. Instead of bullying wild animals, everyone on that dock should have been wrestling with their consciences, choosing to leave this shark in peace—rather than abusing him or her for a cheap laugh and an Instagram video.

Because of the callousness and hysteria on display in the video recording of this incident, one might hope that this event was an isolated one. Unfortunately, this isn’t the case.

Another Animal Pulled From the Ocean Dies as Tourists Take Selfies

In 2016, international outrage was sparked after a baby dolphin reportedly died in Argentina after being pulled from the ocean by tourists for selfies—and again when a crowd of people trying to take a photo of a goat chased the animal into an Alaskan bay, where he or she drowned. Sadly, this often-deadly trend continues in 2017.

Animals aren’t selfie props. If there’s any risk that your photo is going to hurt or stress an animal, it’s not worth it. Safely observe wildlife from a distance. Participate in activities on the water—like swimming or kayaking—that don’t contribute to animal suffering. 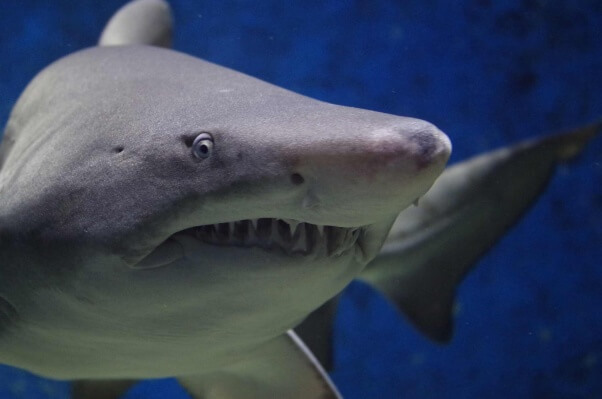 You can help us battle this shocking trend of violent ignorance by sharing this story with your friends, family, and social media followers. Let them know that animals’ lives are worth so much more than Instagram likes.