Over the last couple of days, we’ve told you about some of the ways that PETA worked in 2011 to end the suffering of animals in its own “backyard”—southern Virginia and northeastern North Carolina. PETA staffers are in the field every day working with guardians and local authorities, delivering doghouses and straw, providing transport to our clinics for spay/neuter procedures and other veterinary care, and much more.

On Friday, you may have read about many of the animals whose lives and futures were made brighter by PETA’s fieldworkers, which is always what we hope for. But since PETA’s hands-on work focuses on finding and helping the most abused, neglected, and underserved animals—those whose years of illness, injury, deprivation, exposure, and isolation typically make rehabilitation and adoption into a loving and responsible home  impossible—offering love, kindness, and a peaceful release from suffering is sometimes the kindest option possible.

The following are a few of the animals PETA helped in 2011, along with information about how you can help us prevent more animals from suffering from neglect and abuse (warning—graphic images): 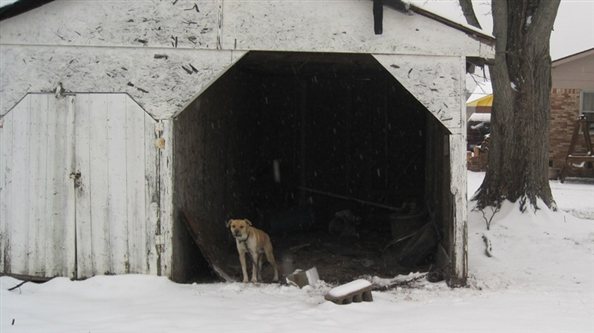 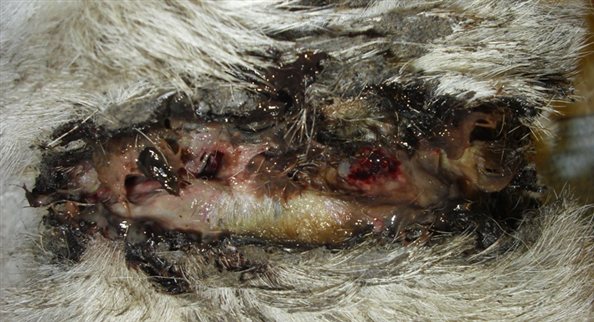 An elderly couple called us for a doghouse for their dog, DJ. PETA’s fieldworker discovered that DJ was not just terribly unsocialized but also had a chain wrapped directly around his neck that had become deeply embedded into his skin as he grew. DJ’s guardians had no idea that this had been happening and were shocked to discover his condition. They surrendered DJ to PETA, and he is no longer suffering. 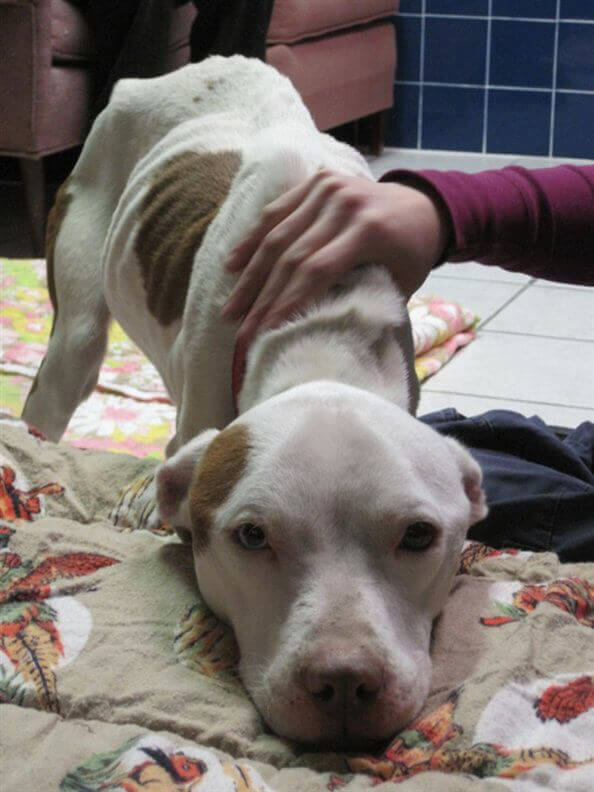 The girlfriend of the person responsible for two dogs, Trixie and Hitler, contacted PETA because Hitler was already dead on her property and Trixie was severely emaciated. A necropsy later confirmed that Hitler had starved to death—the tip of his own tail was found in his stomach. The vet determined that Trixie was about 20 pounds underweight. The animals’ guardian signed a contract agreeing not to acquire any more animals.

PETA took in this cat who was suffering from an open wound over his entire back that was teeming with maggots. A local woman had been feeding stray cats in her yard for months but was totally oblivious to this cat’s condition. 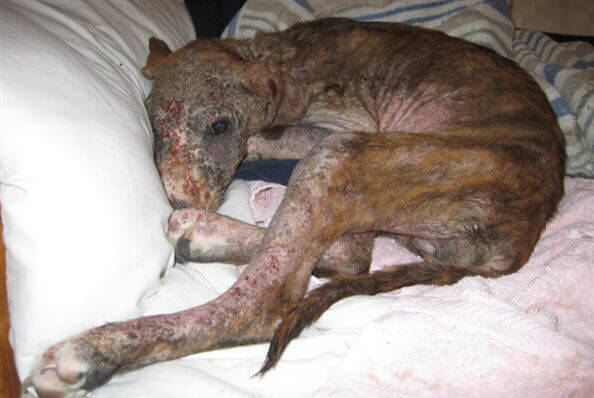 When little Pokey’s family moved away, they simply left this ill puppy in the yard to die. Despite days of intensive treatment and being showered with love, Pokey’s condition deteriorated, and her veterinarian said that the most humane option was to give her an immediate release from her suffering.

Turning away cats and dogs like these just to avoid having to euthanize them doesn’t help unwanted, suffering, and dying animals. If PETA, like many animal shelters today, cared more about how its statistics look to the public than the well-being of the individual animals who so desperately need help, animals like Pokey would be left to suffer and die in agony instead of being gently relieved of their misery in the soothing embrace of probably the first and only people ever to show them any kindness.

PETA has renewed our call for the National Governors Association to use its influence to end animal homelessness by helping pass mandatory spay and neuter legislation across the country in 2012, requiring dogs and cats to be sterilized unless their owners purchase an annual breeding permit, the cost of which would fund low-cost spay-and-neuter services. Without such laws, animal homelessness and neglect will continue—causing animals like DJ, Trixie, the homeless cat, and Pokey to continue to suffer.

How You Can Help Neglected and Homeless Animals

Please join this effort by asking your governor to support strong spay and neuter legislation.