It was 20 years ago that an elephant named Tyke—who could no longer take the abuse that she experienced in the circus—crushed her trainer and escaped from a Honolulu arena. A riveting documentary, Tyke Elephant Outlaw—tells her story. The film, which made its premiere at the Sarasota Film Festival in April, is now available to U.S. audiences for live streaming on Netflix. The Australian film, produced and directed by award-winning documentary filmmakers Stefan Moore and Susan Lambert, examines the changes that have taken place since Tyke’s death and asks us to look forward as we remember the past. 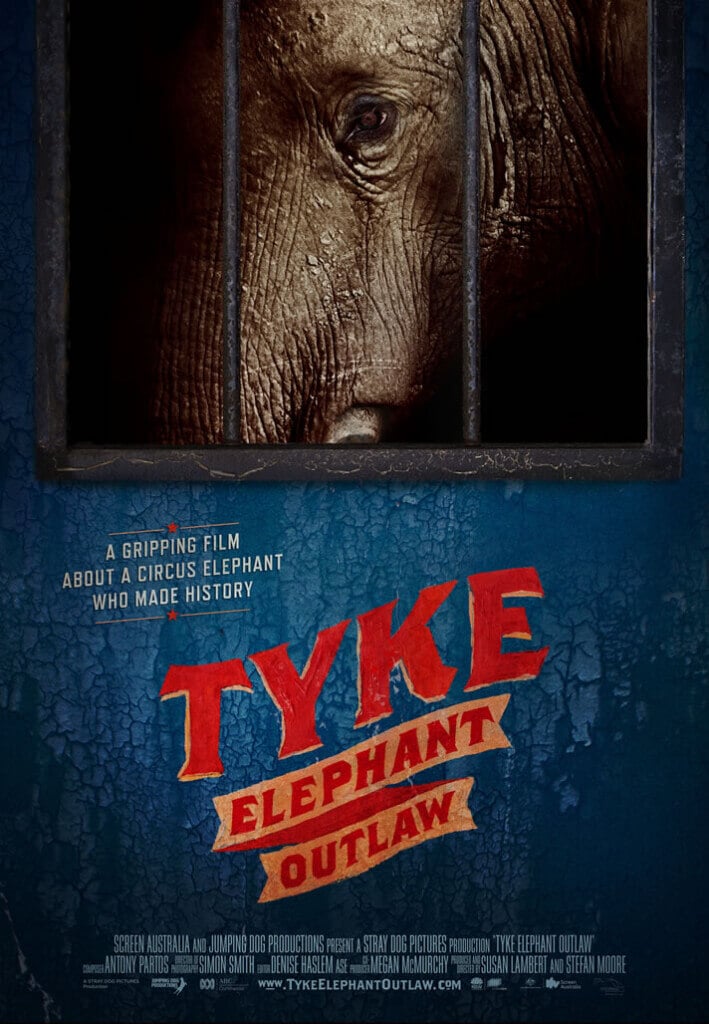 The film was produced shortly before Ringling Bros. and Barnum & Bailey Circus announced that the public no longer supports forcing elephants to perform. Around the world, governments are recognizing the fundamental injustice in keeping animals in captivity for the public’s fleeting diversion. Mexico and El Salvador have banned wild-animal circuses, as have Bolivia, Colombia, Paraguay, Peru, and others. Also, Los Angeles and Oakland, California, Richmond, Virginia, and Miami Beach, Florida, have enacted bans on the use of bullhooks, the ugly devices used to keep elephants submissive and fearful. Just this October, the California Coastal Commission, as a condition of approval for SeaWorld’s expansion project, ruled that SeaWorld San Diego must stop breeding orcas, which would ultimately end captivity for long-suffering orcas in California if SeaWorld moves forward with the project.

Numerous zoos in Canada, the United States, and the United Kingdom have closed their elephant displays and sent the animals to accredited sanctuaries. India banned captive-dolphin displays, and SeaWorld is losing its shirt as the public stops attending its captive-orca shows.

Of course, even with all the progress that’s being made, we must never forget that Tyke died in a hail of bullets and that there are still circuses clinging to practices that are indefensible.

Tyke Elephant Outlaw will add to the groundswell of public opinion turning against forcing intelligent, social animals to perform. Visit the film’s website and Facebook page—then buy a ticket to see this film, and encourage friends and family to do the same.