International Women’s Day is a feminist celebration around the world—for all species. On this day and every day of the year, we honor strong women and praise equality. But millions of female animals still suffer in industries that exploit them. For cheese, days-old calves are torn away from their mothers. In the fur industry, mother coyotes who are caught in painful steel traps have attempted to chew off their own legs to get back to their pups. And whether daughters or mothers, all these females suffer—and often die.

Feminists Must Reject All Exploitation

Cows used in the dairy industry are forcibly impregnated, and their calves are generally taken from them within a day of birth. This traumatic separation causes both the mother and baby extreme distress. Worried mothers can be heard calling for their calves for days. 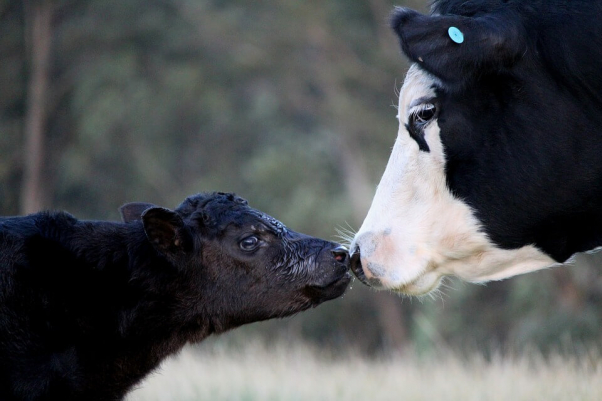 Just as humans produce milk to nurse their babies, mother cows make milk for their calves. Repeat after PETA: “Not your mom, not your milk.”

Pigs are known to save the lives of others, including their human friends—but now, most of them spend their lives on massive industrial farms. Mother pigs are imprisoned in gestation and farrowing crates so small that they can’t even turn around. They’re impregnated again and again until their bodies give out, and then they’re sent to slaughter.

Please ask pig-slaughtering companies if this farm, where pigs’ corpses were found teeming with maggots, is in their supply chain.

Female sheep raised for their wool may be repeatedly violated by being forcibly impregnated with an artificial-insemination machine called “the Sperminator” (yes, that’s its real name). Workers force sheep into a mechanical rotating trap before strapping them to a rack and forcibly inserting semen into their uteruses.

Sheep, who wag their tails like puppies and socialize when they’re happy, are just one of many animals who are exploited for their wool, fleece, fur, or skin to make clothing. A PETA investigation documented that pregnant alpacas were slammed onto tables and tied by the legs into a restraining device reminiscent of a medieval torture rack so that their fleece could be taken from them.

In nature, bottlenose dolphins enjoy dynamic social relationships and choose their own mates. But at SeaWorld’s aquatic prisons, they’re used as breeding machines to create generations of animals who are jailed for life in concrete tanks. Female dolphins are torn out of the water and sometimes drugged so that staff can shove tubes filled with semen into their uteruses. 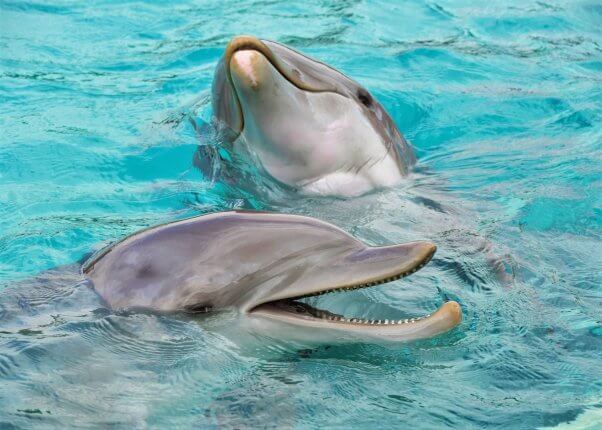 Monkeys have a strong sense of kinship and loyalty to others, even in laboratories. In one experiment, rhesus monkeys refused food rather than subjecting their friends to electroshocks. But at the Washington National Primate Research Center, experimenters tear newborn monkeys away from their mothers and stick them in cages with only a cloth “mother” to cling to.

At Texas A&M University, two female golden retrievers named Peony and Jelly were bred to develop canine muscular dystrophy (MD) so that they could be used in pointless experiments. Peony was in pain for her entire life. She struggled to swallow, eat, and breathe and was subjected to painful muscle biopsies.

Be a Feminist: Go Vegan for International Women’s Day

Support females of all kinds on International Women’s Day and every day, from cows to chickens to cats. Female animals are tormented in pointless experiments, abused in the food industry, tortured in the fashion industry, and exploited in the entertainment industry. Cutting cruelty to animals out of your life means that mothers, daughters, and sisters of all species will have the love and respect that they deserve.

Here’s to vegan women: May we know them, may we be them, and may we raise them.