Progress! James Svoboda—owner of the now-defunct Sunrise Side Nature Trail and Exotic Park—may be prohibited from exhibiting animals ever again, which would prevent bears, lions, and other animals regulated by the U.S. Department of Agriculture (USDA) from suffering in his facility.

This move could be the nail in the coffin for Svoboda, whose facility was a longtime target of PETA’s. In 2021, following numerous violations of the Animal Welfare Act (AWA), federal authorities confiscated an injured bear named Grizzy, who had suffered for months from a gaping wound that had festered because he had not received veterinary attention.

Sunrise Side then entered into an agreement with us to relinquish a black bear named Dolly and three foxes—whose transfer we arranged to The Wild Animal Sanctuary in Colorado—and to never again acquire or possess any wild or exotic animals.

Now, the USDA has filed a formal AWA complaint against the exhibitor and is seeking permanent revocation of his license, which would ensure that he couldn’t obtain another license to exhibit animals in the future, as well as civil penalties.

This Penalty Is a Long Time Coming

Svoboda was exploiting animals and subjecting them to miserable confinement at his roadside zoo for years. Among other serious violations, officials cited Sunrise Side over filthy, feces-caked enclosures and inadequate veterinary care for an apparently emaciated lion, an obese bobcat, and a fox with severe hair loss. This latest move by the USDA could ensure that Svoboda cannot simply open a new tourist trap to continue his exploitation of animals. 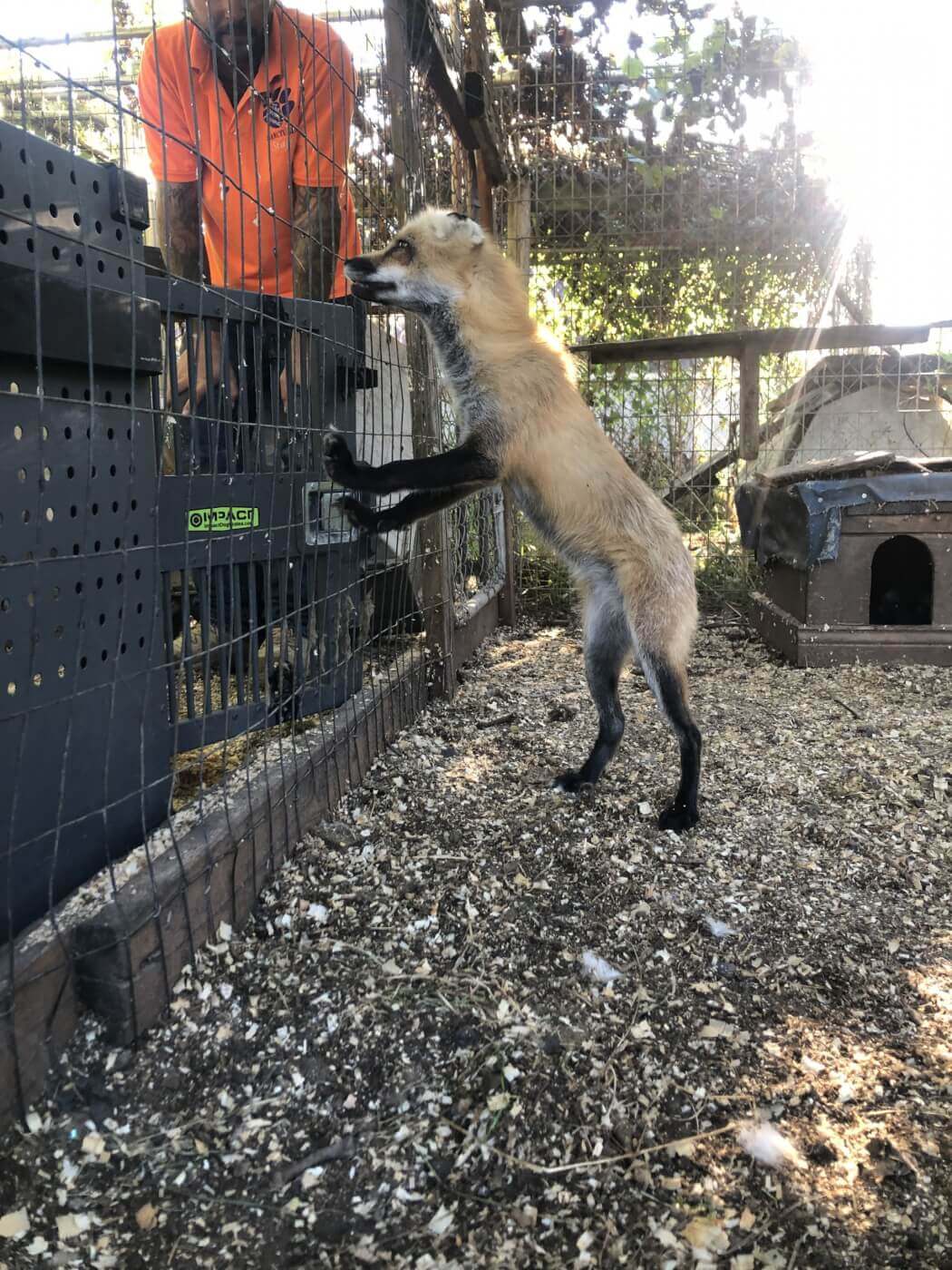 This fox and two others who were rescued by PETA are now enjoying their lives at The Wild Animal Sanctuary, where they have tall grass to roam through and plenty of room to play.

Help Others Suffering at Seedy Roadside Zoos Like Sunrise Side

PETA has helped free the suffering animals from Sunrise Side’s cages, but we have more work ahead—and you can help us. Steer clear of roadside zoos—like Oswald’s Bear Ranch, another hellhole that forces bears to pose for cruel photo ops—at all costs. Take action below to help us shut it down: