In a recent paper, researchers with the Zoological Society of London and the Chinese Academy of Sciences declared dugongs—docile sea mammals considered cousins to West Indian manatees—“functionally extinct” in the waters off China as a result of unsustainable and speciesist human activity. One of the main reasons for this was lost and abandoned fishing equipment, known as “ghost gear,” which litters coastal habitats around the globe. 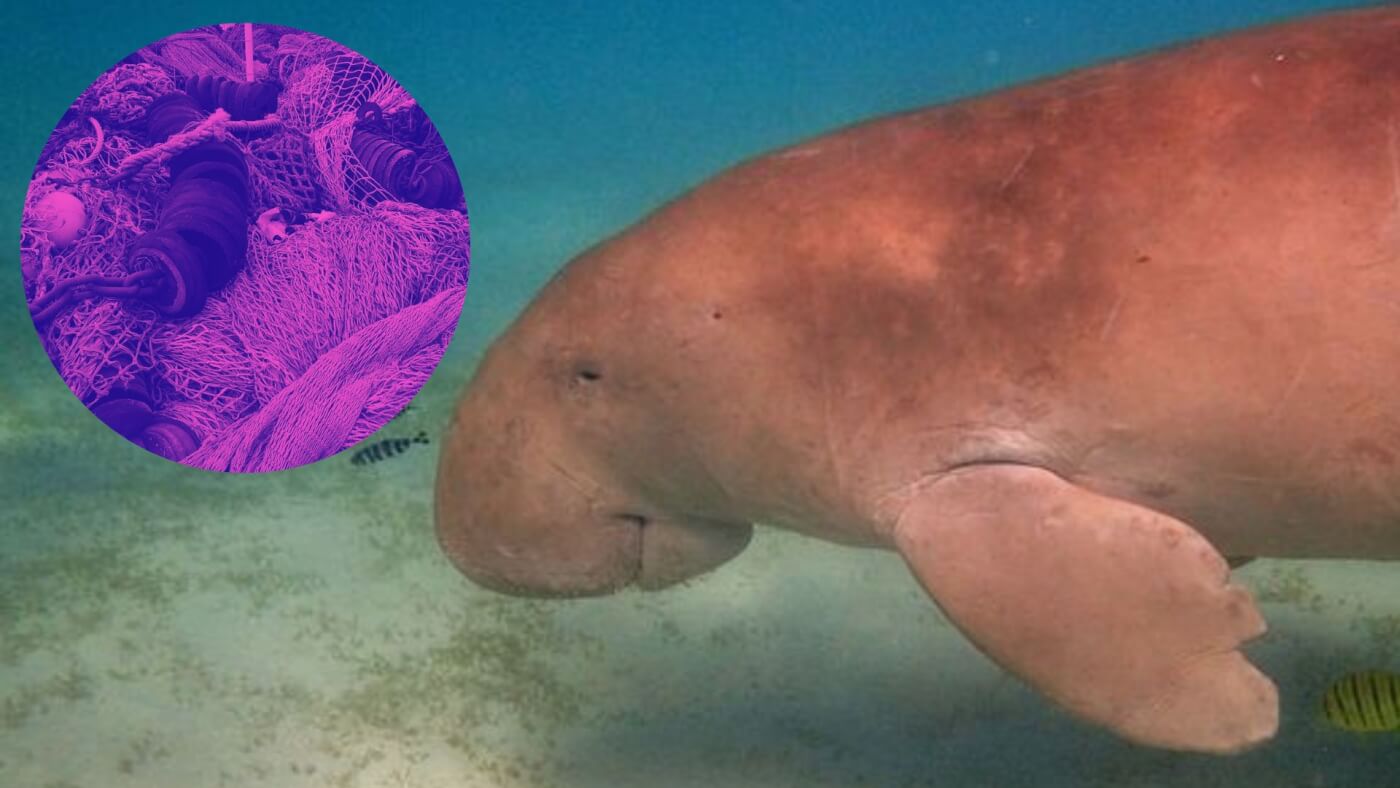 Researchers have found this fishing waste to be “the most harmful form of marine debris for animals.” Ghost gear entangles and kills countless sea cows—as dugongs are sometimes called—and other animals every year. Pollution, hunting, boat strikes, coastal development, and destruction of dugongs’ food source are among the contributing culprits along with discarded fishing equipment.

Famously mistaken for mermaids in ancient times due to their dolphin-like tails and measured, weaving motions, dugongs are one of two marine mammal species who eat only plants, the other being manatees. They prefer to feed on seagrass while perusing shallow seabeds, often stopping to rest on a reef while they digest their food. Mother dugongs even float to the surface and cradle their calf with their flippers while nursing. Yet reckless humans keep inflicting pain and slow deaths on these graceful gliders of the sea.

Usually dwelling in coastal regions of the Indian and Pacific oceans, dugongs’ numbers have dropped to a dire low in Chinese waters. Humans, including via fishing refuse, have devastated their habitat there, despite restoration and recovery efforts deemed too late by marine biologists. Joining the Yangtze sturgeon, Chinese paddlefish, and Yangtze River dolphin as functionally extinct in the area, most remaining dugongs now congregate along the northern coast of Australia.

Take action against fishing by going vegan and no longer supporting an industry that causes so much unnecessary suffering.