When a 5-year-old Thoroughbred crossed the finish line first in the $1.5 million Dubai Golden Shaheen race, what happened next should have stopped everyone cold: Zenden collapsed and died. But the bettors don’t seem to have paused for a moment—they cashed in on his “victory.”

Above, you can see how Zenden, a Kentucky-bred horse who was based in Florida, spent the final moments of his life: being whipped repeatedly by jockey Antonio Fresu while the two came down the final stretch of the race. Then, while presenting clear signs of a severe injury to his front left leg, he reportedly sustained a compound fracture and was euthanized on the track, mere minutes after winning the race and setting a track record. Even as his body was being taken away, money was changing hands.

This is not the first time a horse has broken down and died on the track immediately after a race.

After placing second in the 2008 Kentucky Derby, Eight Belles was euthanized on the track because she’d fractured both her front ankles. Bettors were able to turn in their winning tickets for money, and the owner, trainer, and jockey still profited.

This exploitation sums up the blood sport perfectly, just as drugs, slaughterhouses, and the catastrophic breakdowns of horses do.

Just recently, an exposé revealed that 78 Thoroughbreds have died on tracks in Pennsylvania since January 2020—and that millions of tax dollars paid for it. Last month, a jockey and a trainer were called out for smiling for photo ops while sitting on top of dead horses. And in an interview, a jockey named Robby Albarado let slip a vile comment making light of domestic abuse—right after violating whipping rules. We don’t need any more reminders that some trainers, owners, and jockeys view the horses they run as disposable—we need reform.

PETA Is Cracking Down on Horse Racing Cruelty

Horses feel the same things we do: joy, pain, and fear. So we need to work to make the sport safer for them and create positive change from the inside out.

While horse racing can never be entirely safe for the animals, a zero-tolerance drug policy, synthetic tracks, a ban on whipping, allowing horses to race competitively only after their third birthdays, and other reforms would make a world of difference. PETA advocates for these changes through shareholder activism, action alerts, and working directly with the horse racing industry. 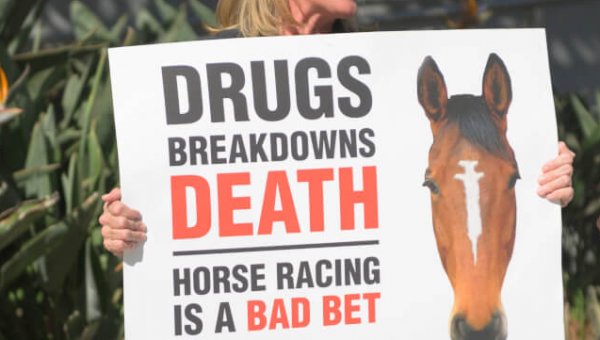 It’s too late for Zenden and countless others, but with your help, we can prevent more horses from being forced to run with injuries as well as being whipped and run to their own grave. Click below to get involved with the vital changes to the racing industry that PETA’s helping to make: 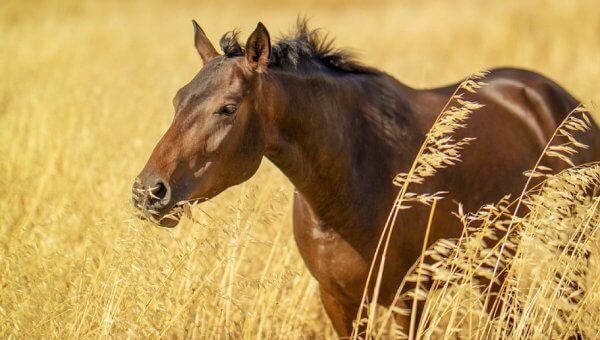