PETA does not support the deadly “sport” of horse racing, and it can never be entirely safe. However, simple changes could make a world of difference for horses. You can help support PETA’s efforts by calling on racetracks to enact the following rules and commit to protecting horses:

1. Ban all medications for two weeks before a race

Thousands of necropsies conducted at the University of California–Davis show that most Thoroughbreds who break bones on tracks had pre-existing injuries at the site of the break.

In the weeks leading up to a race, horses are often administered a cocktail of anti-inflammatories, painkillers, sedatives, and muscle relaxants that can kill any chance of visually observing lameness. If horses need medication, they shouldn’t be racing.

2. Allow horses who are injured or sore sufficient time to recuperate before they are trained or raced 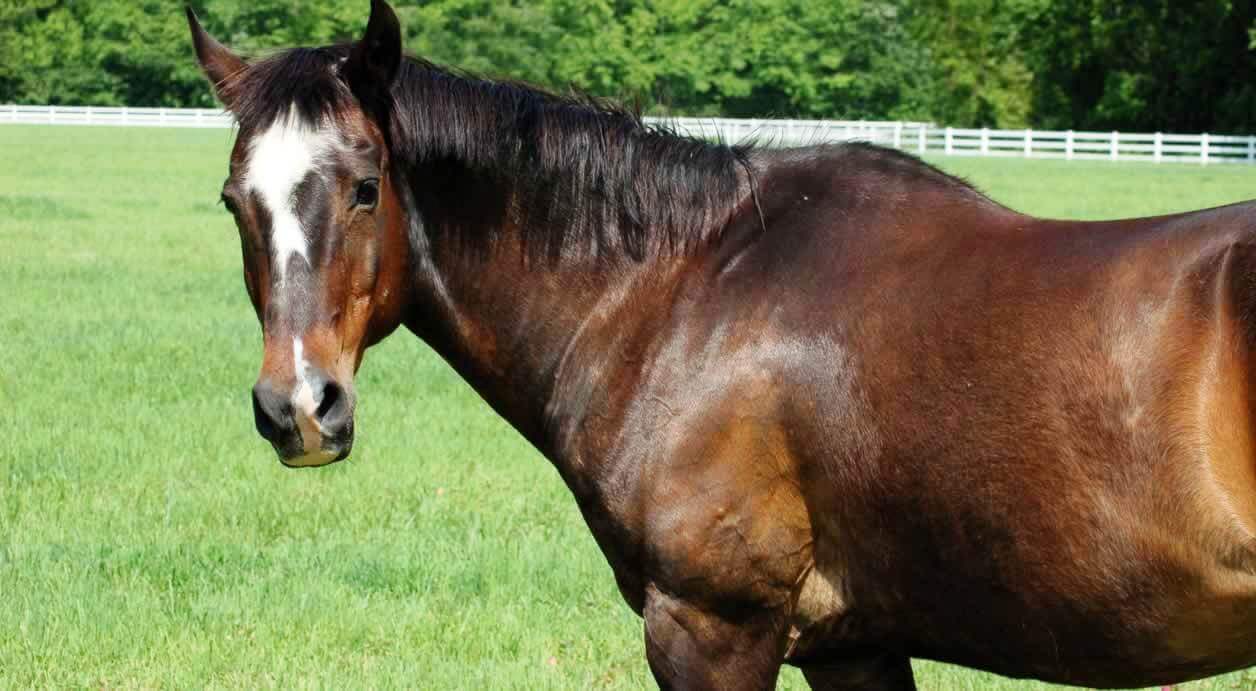 Sometimes, bone injuries can’t be identified visually, even when the horses haven’t been administered multiple pain-masking medications. However, technology developed by CurveBeam can still detect these injuries. This low-radiation technology can provide three-dimensional scans of a horse’s legs in just a few minutes, allowing for many horses to be screened quickly. Horses can be walked onto the scanner, which has no visible moving parts, and then simply walked off.

Such technology is already being used for human sporting events. It is much more practical than time-consuming MRIs and does not require injections of isotopes, as PET scans do.

The statistics are clear: Fewer deaths occur on synthetic tracks.

5. Ban trainers who have multiple medication infractions or harm horses in other ways 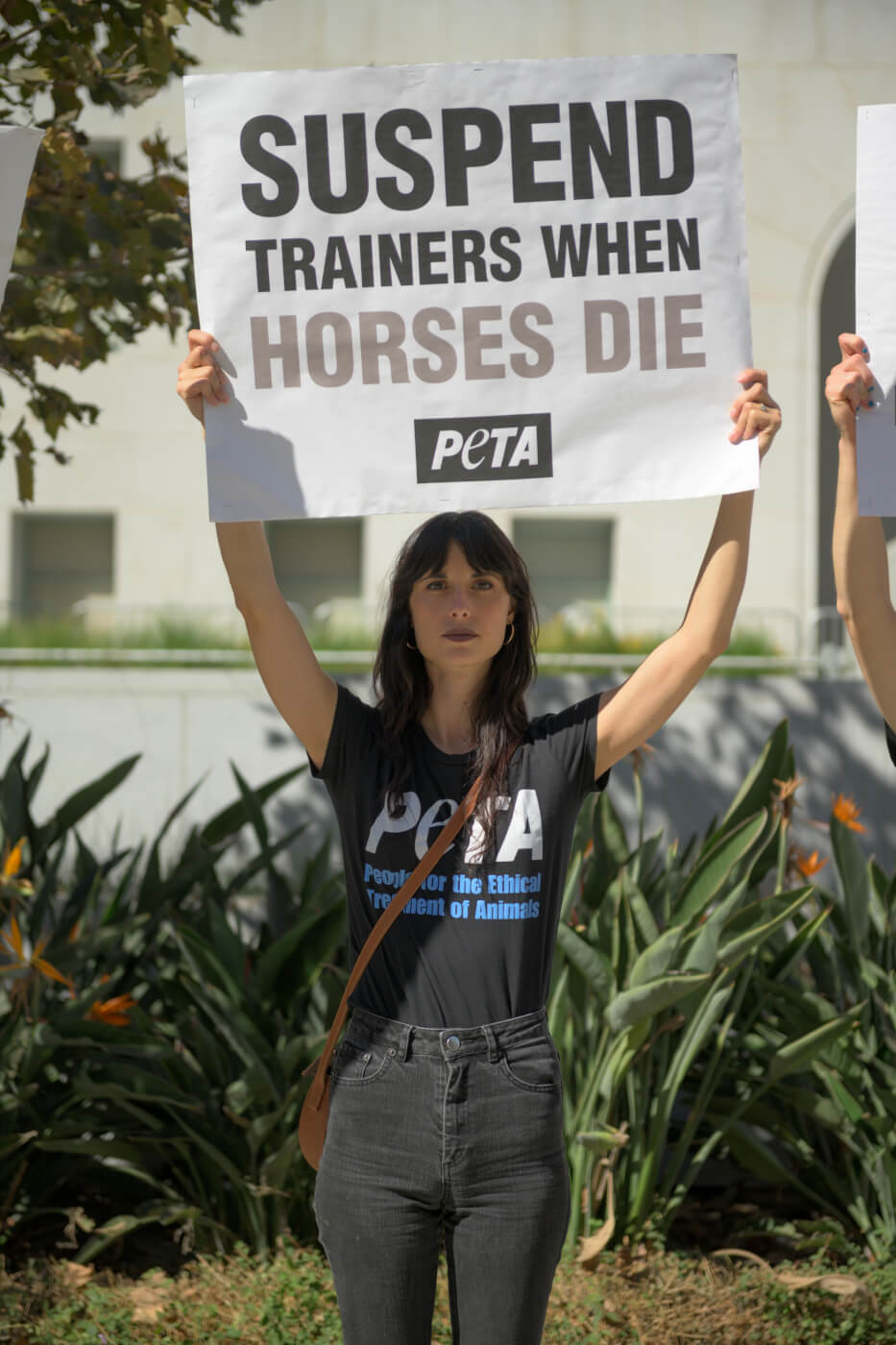 Striking a horse with a stick, no matter how cushioned it may be, is the most frequent and visible sign of abuse in racing. It’s cruel and unnecessary.

Forcing juvenile horses—whose bones don’t fully mature until five years of age—to run faster than they ever will in the rest of their careers is damaging and dangerous. Young horses are whipped to compel them to accelerate to breakneck speeds, merely to impress potential buyers at auction previews known as “under tack shows.”

PETA footage has revealed catastrophic breakdowns during these auctions:

The public doesn’t trust the racing industry—and for good reason. Many tracks outside California hide fatality statistics. Trainers keep injury records secret. The racing industry must take responsibility for all the 21,000 Thoroughbred foals born each year and implement a system of accountability and traceability for every horse through all changes in ownership.

9. Don’t sell horses to foreign racing entities that routinely send them to slaughter

PETA’s investigation of racing in South Korea revealed that U.S.-bred Thoroughbreds and the offspring of American horses were routinely slaughtered when they were no longer considered useful, often at quite a young age.

10. Take care of horses when their racing days are over

There should be substantial and mandatory contributions to the Thoroughbred Aftercare Alliance from all stakeholders. No horse should ever go to auction and slaughter.

Each year, thousands of horses are forced to train and race with painful, pre-existing injuries that should warrant pulling them from the competition. Trainers use painkillers, muscle relaxants, anti-inflammatory drugs, diuretics, hormones, and other powerful pharmaceuticals to mask the animals’ pain or enhance their performance. Authorities should perform frequent, unannounced, mandatory, and random out-of-competition testing—including off-site testing at private training facilities—to protect horses from secretly being abused with these dangerous drugs. They should also test for illegal substances used for nontherapeutic purposes.

These rules are a just starting point, the minimum action that must be taken. They’re not difficult to understand, and they’re entirely doable. The racing industry must pull itself together, stop letting a noisy few hold back progress, and make a commitment to change that will end the carnage. Or call it quits.