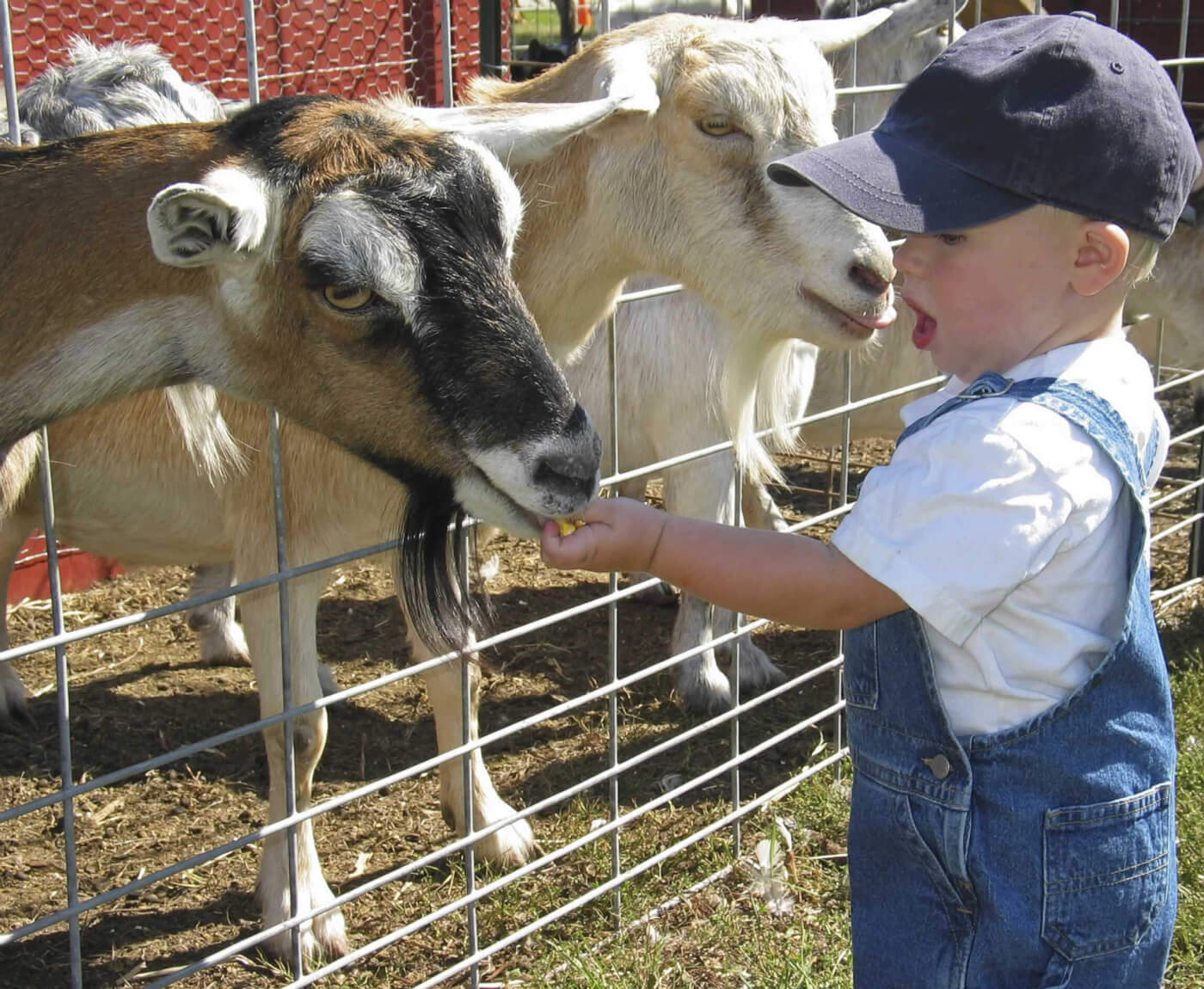 And let’s not forget the other victims of petting zoos: the animals who are forced to interact with crowds of people all day long. Focused on running the display (and making money), operators can neglect even the most basic needs of the animals, including food, water, and veterinary care.

These petting zoo tragedies are a reminder of how dangerous forced encounters are for both animals and humans:

A child was attacked by a #lemur Sunday at Half Moon Petting Zoo in Bogart, Georgia, illustrating the dangers to both people and animals at #roadsidezoos. #boycottzoos #captivitykills #halfmoonpettingzoo #pettingzoo #animalwelfare #usda #Bogart #Georgia #animalattack pic.twitter.com/7LHG2i7Blr

Three other children—all under 13 years of age—also contracted E. coli from the fair. Authorities are still investigating but have stated that all four of the children had visited the petting zoo. Investigators claim that the bacteria likely came from that, the farmed animal exhibits, or the pony rides.

Getting sick with E. coli is not like eating something that disagrees with you. Symptoms can include bloody diarrhea, abdominal cramping, vomiting, and fever.

Children and adults alike have contracted E. coli after coming into contact with animals in petting zoos or simply touching the surroundings near a display. The bacteria have been found on railings and bleachers and even in sawdust. Toddlers who get the germs on their fingers can transfer them to their sippy cups or pacifiers or simply suck their thumbs.

What You Can Do for Animals in Roadside Zoos

Be kind and keep your kids safe—skip the petting zoo.

Always avoid photo ops and any other spectacle that forces animals to interact with humans. Roadside zoos, petting zoos, traveling shows, and other types of exploitative displays place profit over the well-being of sensitive, feeling animals. Behind many of these encounters are animals who’ve endured physical abuse, psychological trauma, and neglect.