Some days make you especially proud to be an animal rights advocate. Today is one of them.

The National Institutes of Health (NIH) just announced that it is cutting funding for the overwhelming majority of invasive experiments on chimpanzees. It is also retiring at least 310 of the 360 federally owned chimpanzees who are currently in laboratories to sanctuaries. During a call this morning, NIH Director Dr. Francis Collins broke the news, stating that “Chimpanzees are very special animals… We believe they deserve special consideration.” We know that one day, his successor down the line will say that of mice, too, but for now the species barrier has been broken! 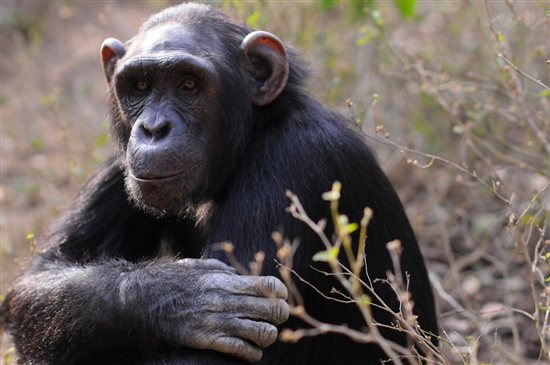 The U.S. has been conducting experiments on chimpanzees for more than 90 years, and shamefully, we are the last country in the industrialized world to still do so. But we are changing that. Nearly a quarter-century ago, PETA released heartbreaking video footage taken inside a laboratory that revealed chimpanzees suffering miserably, locked inside tiny steel boxes in complete isolation and exhibiting signs of insanity as they rocked incessantly in dark cages. People were rightfully outraged—and still are.

In addition to the victory heralded by NIH’s decision, the U.S. Fish and Wildlife Service (FWS) just issued a proposal to categorize chimpanzees in laboratories as “endangered,” as their wild counterparts already are, which would effectively prohibit their use in any invasive experiments should the proposal be accepted.

Of course, we will not stop until every last chimpanzee is freed. PETA will continue to advocate for the release of the remaining chimpanzees who are locked in laboratories, where, as NIH acknowledged today, they can still be crammed into 5-foot-by-5-foot steel boxes and used in invasive experiments.