“Experience the incredible story of how mankind discovered man’s best friend.” That’s the tagline being used to promote Alpha, a drama set to hit U.S. theaters on August 17. Sounds like a film that those of us at PETA would love, right? Unfortunately, there are multiple reasons why we’re giving it zero stars. The first: inexcusable, heartbreaking deaths. 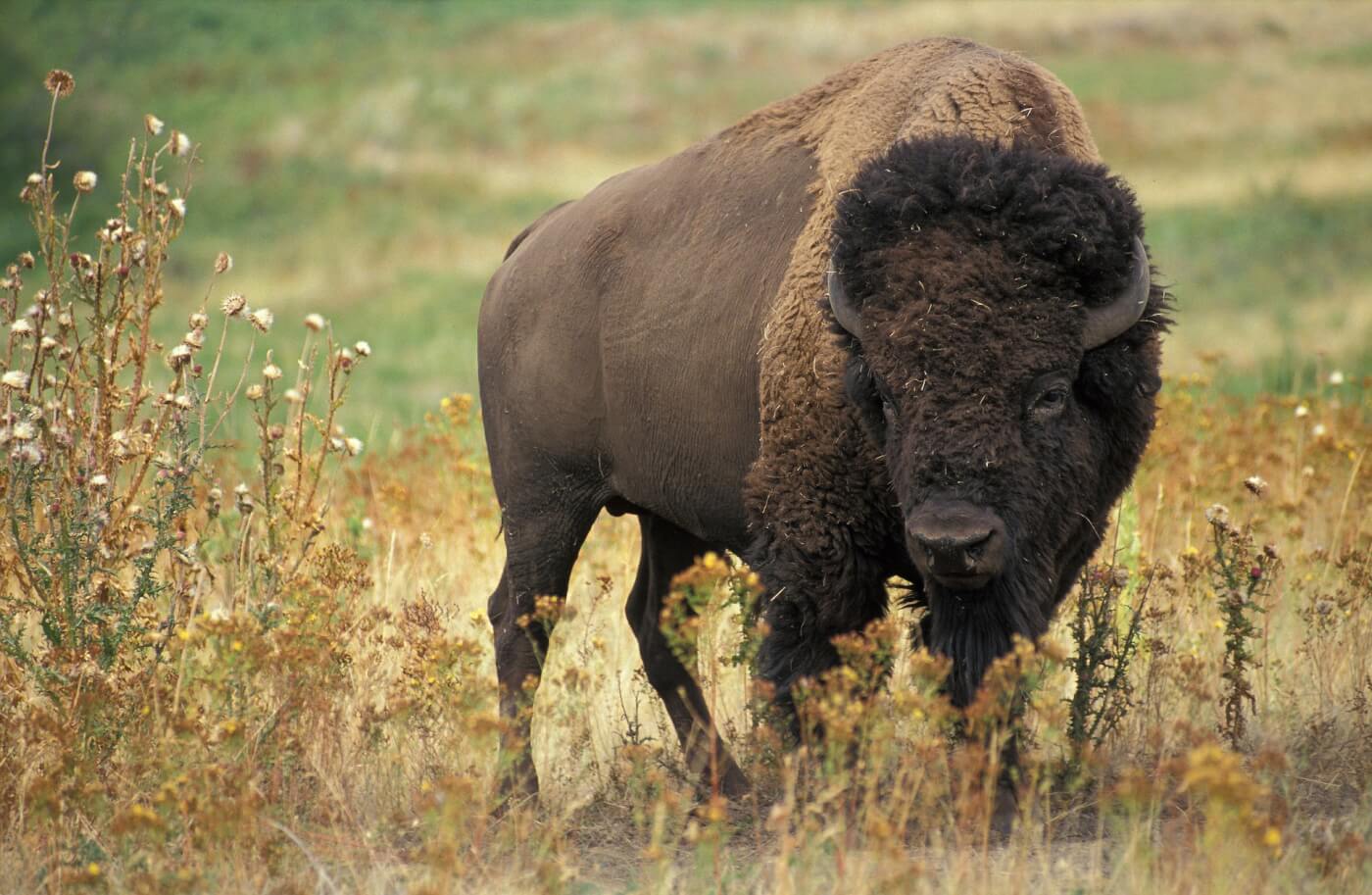 Alpha is just another movie that deceptively touts a pro-animal theme. In reality, animals were killed during its making—multiple bison were reportedly slaughtered to be used on set. According to The Hollywood Reporter, which first reported the killings:

[B]ison carcasses were arranged on the set of the Ice Age film The Solutrean [Alpha’s former title] in Alberta, Canada, for a scene that takes place after a hunting expedition. They had been slaughtered and partially skinned the previous day to be used in the scene by a butcher at the direction of the film’s animal wrangler, John Scott, on his ranch property an hour and a half away.

When asked about the bison, Scott reportedly declined to comment other than to say, “I have the right to do with my bison whatever I want to do.” According to The Hollywood Reporter, this isn’t his first run-in with animal-abuse accusations. A horse he had supplied reportedly had to be “destroyed” after a wire cut the animal’s tendons and an artery on the set of Disney’s 1999 The 13th Warrior. Scott was also Heartland‘s “head wrangler” between 2008 and 2011, during which time he allegedly sold horses used on the Canadian TV series’ set at auctions that were attended by Bouvry Exports, the largest horse slaughterhouse in North America. “I take my horses to horse sales, and I can’t help where they go from there,” he told The Hollywood Reporter. Yet despite his shady past, Alpha producers still chose to work with him.

Let’s be real—American Humane sucks. Its infamous “No Animals Were Harmed” certification is misleading to filmmakers and audiences alike. From Zookeeper to The Hobbit and everything in between, it has allowed animal abuse on film sets for years and has even been complicit in some cases of on-set endangerment. So you know it’s bad when even a sketchy organization like that denies a film its certification. What’s worse, though, is that American Humane was responsible for overseeing the treatment of the animals used during the making of Alpha. For every film that plans to use live animals, American Humane should read the script prior to filming and—in this case—should have questioned where these bison were coming from and how producers planned to depict them as being dead. The organization could and should have prevented these deaths long before these animals were purchased and killed.

In 2017, PETA published information gathered during an eyewitness investigation that exposed horrific conditions inside Birds & Animals Unlimited—a leading animal supplier to the film and television industries. Since then, the U.S. Department of Agriculture has inspected Birds & Animals Unlimited and cited it for violating the federal Animal Welfare Act. Yet multiple films—including A Dog’s Purpose, Rampage, and Alpha—used live animals provided by the company. That’s right: While animals died during the making of Alpha, producers also forced live animals—who were obtained from a supplier that’s been known to have little to no concern for animal welfare—to perform. Just look at the chronic neglect documented by an eyewitness who worked at Birds & Animals Unlimited—dogs were kept outside in barren, pound-like kennels without companionship or bedding, even when temperatures dropped as low as 43 degrees:

The makers of Alpha sure have a cruel way of showing respect for “man’s best friend.”

Despite the advanced capabilities of computer-generated imagery and other digital animation technology, the folks behind Alpha chose to have bison killed in order to make their movie and forced other animals to work for human entertainment. But we know that animals don’t willingly perform—they do so out of fear of the off-set consequences of not acting on cue. Whether they’re dogs who are kenneled and denied companionship, cats who are starved, or elephants who are beaten with bullhooks, none of these animals freely consents to acting. Please avoid contributing to the cruel practice of using animals in entertainment by not buying tickets to Alpha or other movies that use real animals. Click the buttons below to spread this message: