China has imposed new tariffs on U.S. pork imports, undermining a market that receives nearly 60 percent of American exports of pigs’ heads, feet, and other assorted body parts. That’s why PETA is placing billboards that show a pig’s face next to the words “Pig Farmers, Learn From Tobacco Farmers: Get Out Now! Vegan Is Happening.” 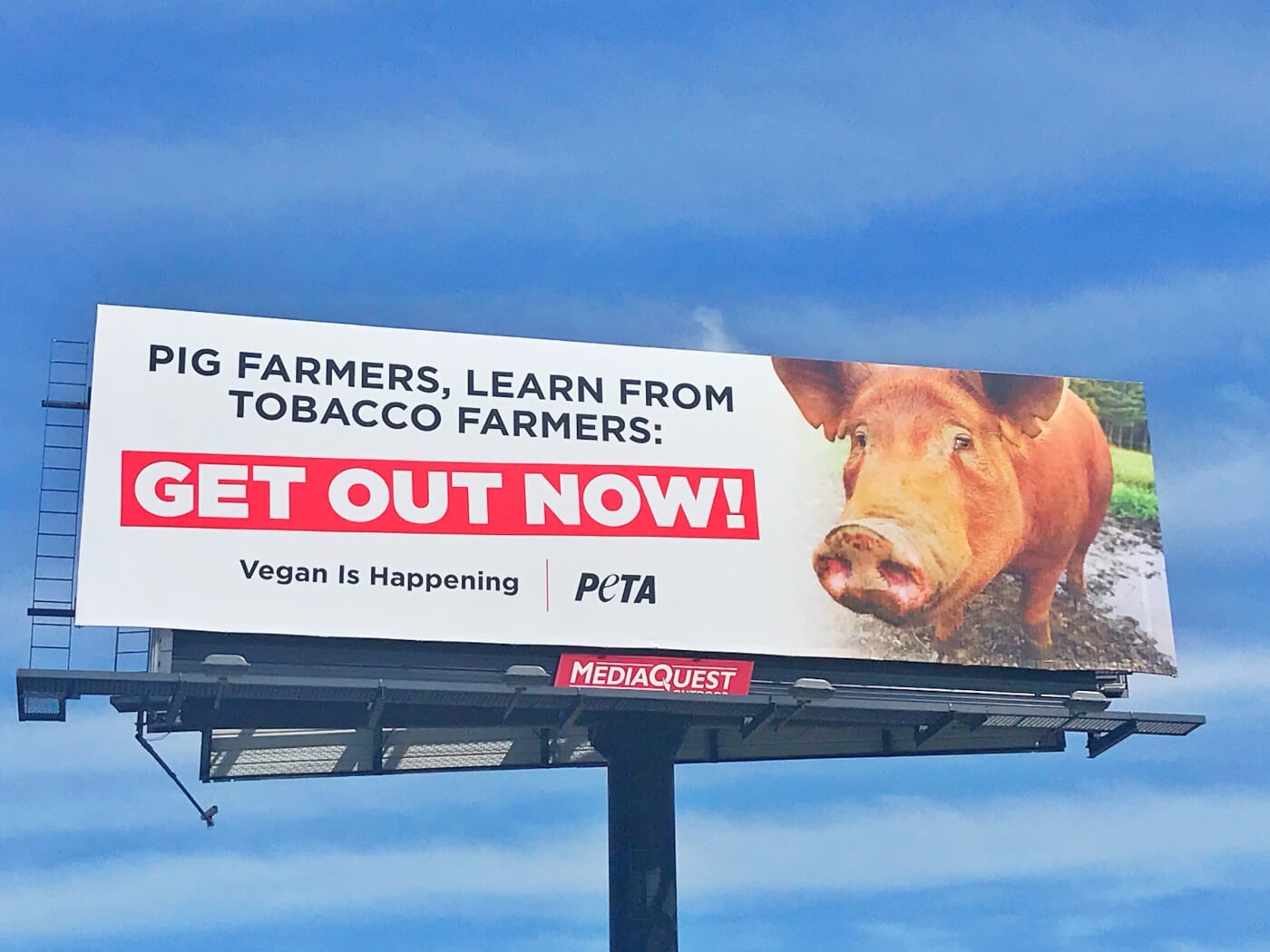 The number of U.S. tobacco farmers dropped like a stone after the government stopped propping up the tobacco industry. And as the pork industry struggles, the vegan food market is booming, which is why PETA’s billboard calls on pig farmers to stop counting on diminishing pork futures, look ahead, and get out of a dying business.

In today’s pork industry, mother pigs are squeezed into narrow metal stalls barely larger than their bodies and kept almost constantly pregnant or nursing. Pigs’ tails are chopped off, their teeth are cut with pliers, and males are castrated—all without any painkillers. At the slaughterhouse, they’re hung upside down and bled to death, often while still conscious.

FACT: Pigs have been known to jump off of slaughterhouse-bound trucks to escape. Wouldn't you do the same? #ReasonsToGoVegan pic.twitter.com/kOj4XJZGpa

Will you join us in taking a stand for these intelligent, social beings?

Just like human animals, pigs are smart, playful, protective beings. They bond with one another and have been known to show empathy for other pigs. The nicest thing you can do for them and all animals is to pledge not to eat them—if these three former farmers can do it, so can you! And we’re here to make it even easier—click below to have a free vegan starter kit mailed directly to you:

Keep Animals off Your Plate