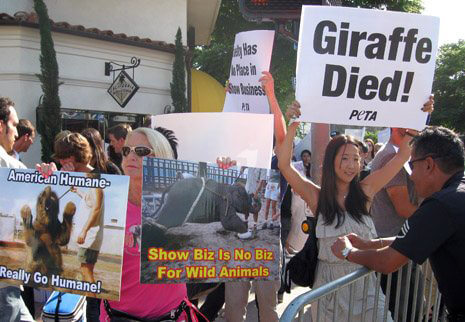 PETA members converged on the Hollywood premiere of the new movie Zookeeper to remember Tweet, a giraffe who collapsed and died on set during the movie’s production.

An elephant used in the film may also have been abused. Animal Defenders International took video footage of elephants as they were beaten and shocked by trainers at Have Trunk Will Travel, the company that provided the elephant for the movie.

Moviegoers may be surprised to learn that the presence of American Humane Association (AHA) representatives on a movie set is no guarantee that animals were not exploited, hurt, or even killed during production. AHA representatives only monitor what occurs during filming, not what happens during off-set training sessions, where abuse is most likely to occur. 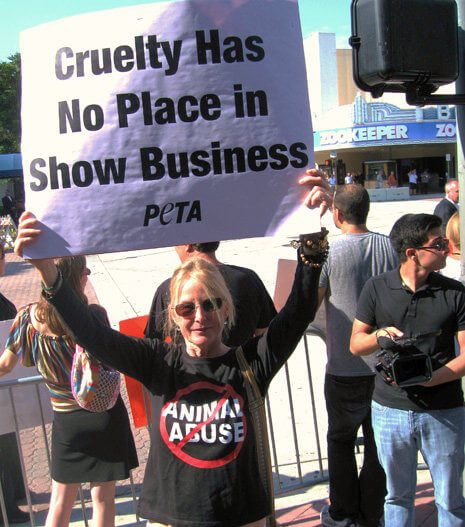