In honor of Women’s History Month (March) and International Women’s Day (March 8), we’re giving a shout-out to some of the women of color who oppose speciesism just as they oppose racism, sexism, and all forms of bigotry. Get to know them and get inspired:

“[S]entient beings … endure pain and torture as they are transformed into food for profit, food that generates disease in humans whose poverty compels them to rely on McDonald’s and KFC for nourishment,” said liberation icon Davis.

A post shared by Know Your Rights Camp (@yourrightscamp)

“I actually had an untraditional path to veganism. I was vegetarian in high school, however, I didn’t really understand animal rights at all. I was really engaged in anti-racist/feminist movement building and only then did I start to make connections to animal oppression,” said Ko, coauthor of Aphro-ism: Essays on Pop Culture, Feminism, and Black Veganism From Two Sisters and founder of Black Vegans Rock.

“[W]hen we treat other animals well, there are clear direct and indirect benefits to human health. … [T]he abuse of animals is correlated with the abuse of humans, particularly women and children,” Akhtar wrote in her book, Animals and Public Health: Why Treating Animals Better Is Critical to Human Welfare. She is also the president and CEO of the Center for Contemporary Sciences, a scientific nonprofit aiming to replace animal testing with non-animal methods.

“Even though we’re of the human species, we’re still just one of over 800 million species, so I believe that there is a specific diet for every species on this planet … and we eat way too much death,” said Davis, chef and co-owner of vegan eatery Stuff I Eat in Inglewood, California.

“Growing up on U.S. Army bases in South Korea, I loved watching the cows grazing in the countryside. It would be years before I made the connection between those beautiful, peaceful animals and a hamburger or a pair of leather heels. But after I did, going vegetarian and then vegan was easy,” says Sewell, an environmental and animal rights activist.

“I am interested in, as an ethical vegan, as I walk through life, to try to reduce as much suffering as I can, in the choices that I make. And, you know, what better life do we want?” said Ross, who encourages vegans of color to get involved with vegan outreach and animal rights.

“I was a half ass vegetarian who still ate dairy and shellfish. I was doing an interview with a guest and he said, ‘I hear you’re a vegetarian; do you eat dairy?’ I said ‘yeah,’ and he said it’s ‘liquid meat’. I said, ‘Oh my God,’ because it hit me just like that; eating dairy was the same in terms of animal welfare as eating meat,” said Velez-Mitchell, a New York Times–bestselling author and Emmy Award–winning journalist.

“In order to create positive change in all of the areas we work on, and to move towards building the type of world we envision, those of us fighting for a more just and compassionate world need to be bigger and stronger. The only way we can create this change is to be consistent in our ethics and to be united,” said Ornelas, a vegan activist.

“[C]hildren are right there with us. Every time I show a child a reason to be compassionate and to be fair and to love animals, they react instantly. And that innocence is where we need to go back to, and it’s a transition into that type of beauty that will bring peace to your heart and to the world,” said White, a musician, actor, and artist.

“Growing up, I faced racist and sexist bullying in school. These experiences made me determined to spend my life fighting injustice. They also led me to see what’s wrong with all negative ‘isms,’ not only racism and sexism but speciesism, too,” said Joshipura, Vice President of International Affairs for The PETA Foundation UK. 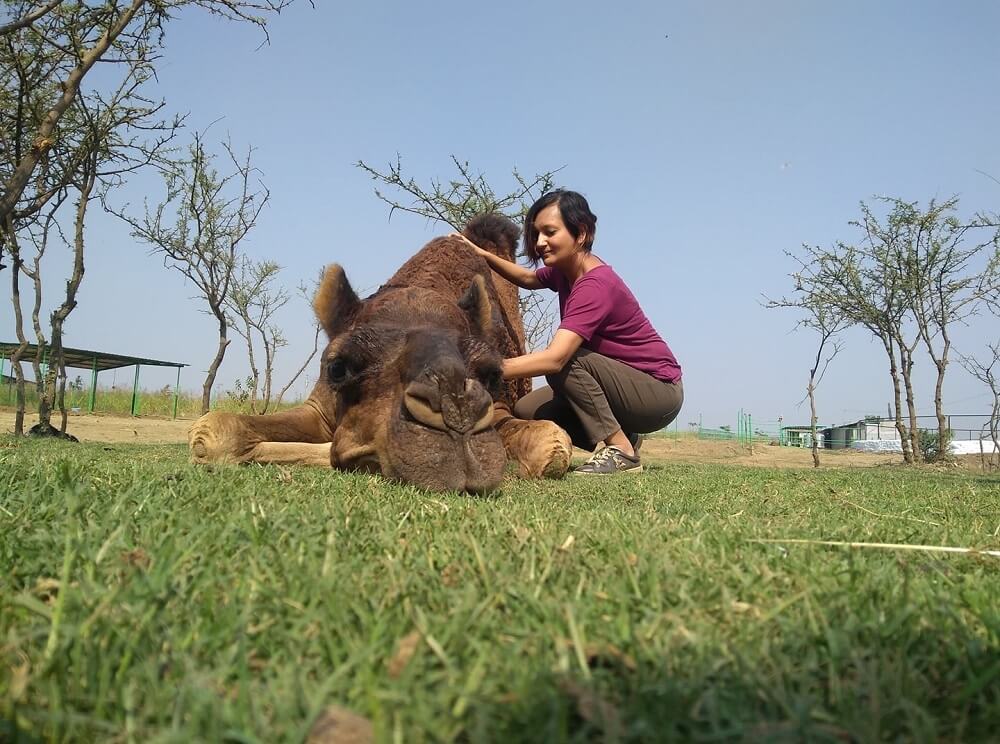 Poorva with Sameer, a rescued camel.

If you’re like us, you feel inspired by these words of wisdom. So do something with that inspiration—take action for animals, just like these 10 admirable women do every single day. Even small actions—eating vegan, not wearing animals, buying only products that weren’t tested on animals, and visiting attractions only if they’re animal-free—can amount to huge, life-saving changes for animals. Click below to do more:

Our “End Speciesism” tee is a sure conversation starter, and great way to broaden people’s vocabulary while letting them know that a difference in species can never justify exploitation or oppression in the name of science, food, sport, entertainment or clothing. 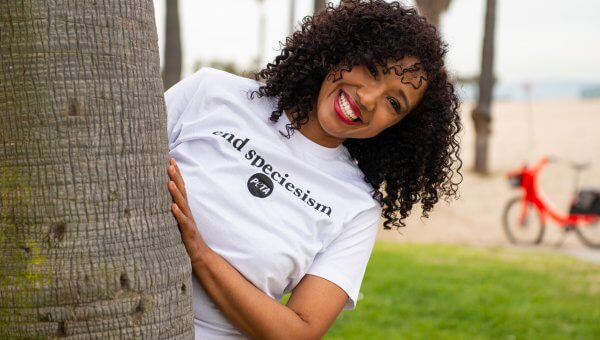 Share this article with your friends and family to inspire them this #IWD2021: