A 14-year-old Pennsylvania student named Avery Sontheimer has raised over $17,000 for animal shelters across the country—all while battling cancer. She’s a fighter and an inspiration to young people everywhere, showing that when you care about something, you have to act.

So far, Avery’s Pawsitive Change project has sent 2,000 letters along with $5 or $10 gift cards to animal shelters and encourages the charity’s nearly 7,000 Facebook fans to support shelters, too. PETA is honoring the young activist with our Hero to Animals Award. We celebrate this wonderful, selfless girl who is making the world a better place by caring for others. Her determination and passion for helping animals make us all want to be better activists, too.

Thanks to Avery’s extraordinary courage, kindness, and commitment, animals in shelters are getting some much-needed support. PETA admires her efforts and wishes her a cancer-free future, and we hope she meets her goal of one day operating her own animal shelter. 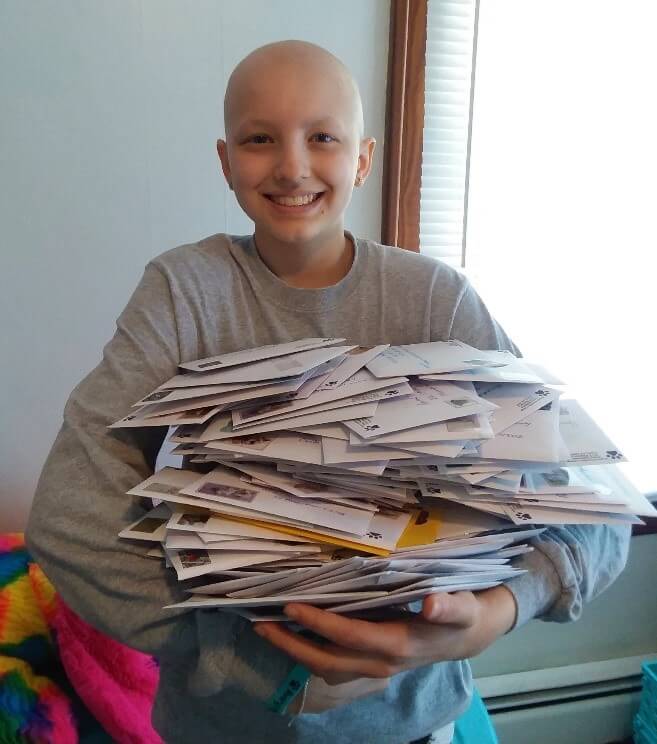 Around 70 million dogs and cats are homeless in the U.S. at any given time. An estimated 10% of those end up in animal shelters, where many must eventually be euthanized for reasons including injury, illness, old age, emotional and psychological damage, and a lack of good homes. That’s why PETA advocates for adoption and urges guardians to get their animal companions spayed or neutered.

Because a growing number of animal shelters have begun to turn many animals away, more and more are ending up on the streets, where they reproduce and create even more homeless animals. Dogs and cats are domesticated animals, who depend on humans to meet their needs for food, water, veterinary care, shelter, and safety and cannot thrive or survive for long on their own.

You Can Help Cats, Dogs, and Other Companion Animals, Too

We can all take a page out of Avery’s book and raise money or donate to help animals, get our own animals spayed and neutered, call authorities when we see animals suffering in our community, and inform others about the importance of adopting animals and never buying them.

Are you 13 to 24 years old and interested in helping animals? Join Students Opposing Speciesism (SOS) and start taking action for animals today!