“Don’t question why you’re killing animals—just get your degree.” Test Subjects, a documentary film from British Academy of Film and Television Arts (BAFTA) Award–winning director Alex Lockwood, explores this kind of pervasive and sometimes subtle pressure on graduate students to experiment on animals—even when doing so is contrary to good science. 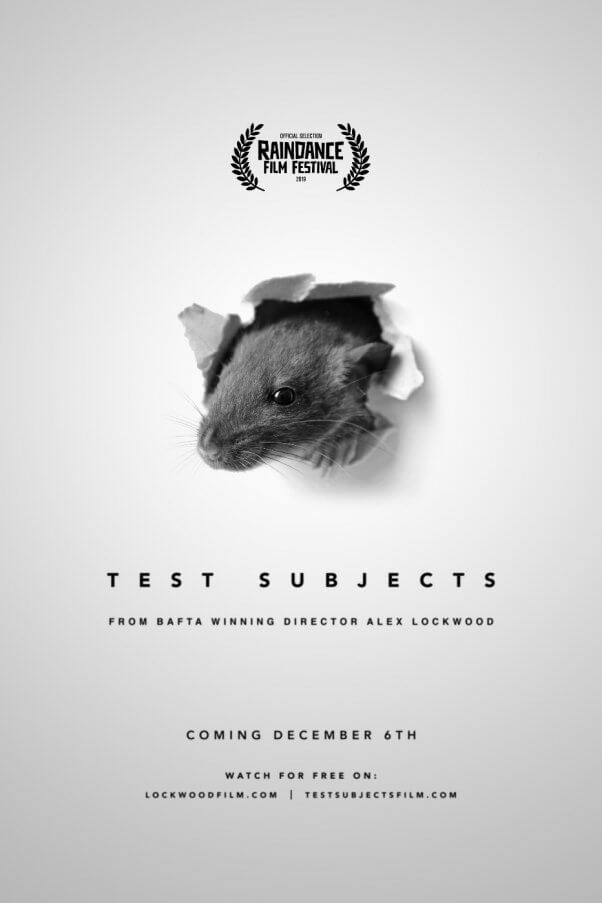 The 16-minute film profiles three scientists whose lives were altered when they were coached by their doctoral advisers to accept the notion that experimenting on animals was the best way to earn their diplomas—even though it was unnecessary for their research. They had all entered their graduate studies as young scientists hoping to do something to improve human health, but they soon realized that they were being taught to perpetuate an archaic system that was impeding good research—and they have since dedicated their careers to ending animal tests.

Use the following activity to help students in grades 6–12 understand the information and examine the ideas presented in the documentary. Tell students that the guiding questions for this activity are the following: “Should animals be used for experiments? Why or why not?” They should be prepared to state their positions after watching the film. You can use this activity to address these Common Core Standards in speaking and listening:

Divide students into six groups. Have each group watch its assigned clip, answer the accompanying discussion questions, and use their responses to prepare a brief summary of the clip to present to the class. Then have the entire class watch Clip 7: Conclusion (13:17-16:24) and answer the discussion questions as a whole group. 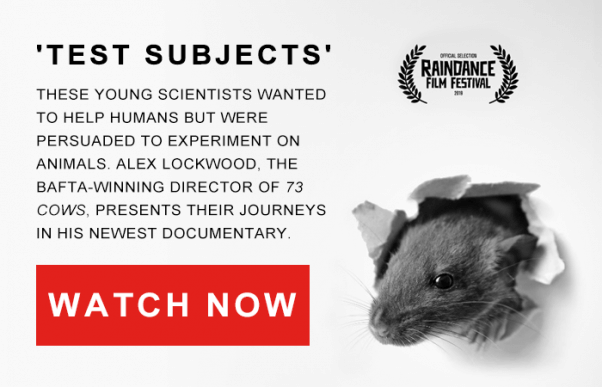 A: She joined a biology club in which she had the opportunity to observe animals in their natural habitat and to work in a laboratory. There, she learned that she was skilled at dissection. Adults praised her for dissecting animals well, which made her feel that a career in biology was her “calling.”

A: She felt excited. She describes the experience as “the dream of my life.”

A: Dr. Cheng’s findings were “only true in rats but not in humans,” rendering the results of her experiment inapplicable to humans. 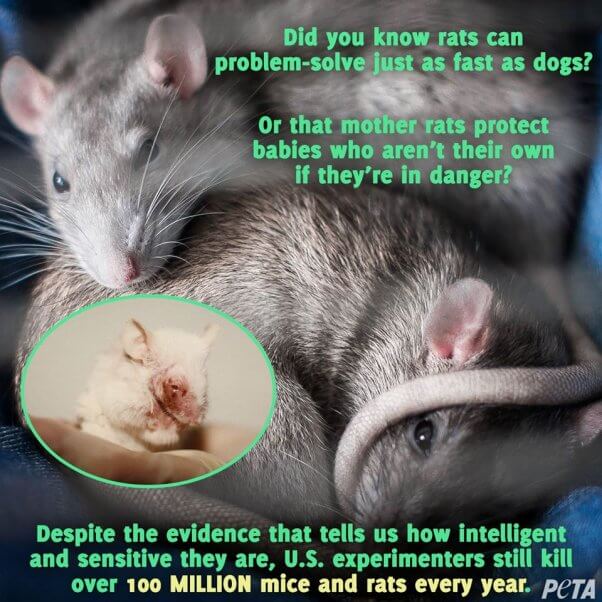 A: She felt that she was doing important work. She believed that her experiments on animals would help cure diseases and that she would only use “a few animals here and there.”

A: Dr. Trunnell found that “the rules mean practically nothing” and that scientists can do “anything [they] want to an animal,” even if their justification for their experiment is unsound.

A: She no longer felt that her experiments on animals were for “a greater good” or to “cure any diseases” but rather felt that they were just meant to earn her a degree. She didn’t feel that this was a good enough reason to continue testing on animals.

A: She believes that they continued to experiment on animals because that’s the way they’d always done it or they thought that their experiments would eventually help humans in some way.

A: She chose to finish her degree so that she could help animals by having “a louder voice” or more say in the scientific community about ways of handling the problem with animal experimentation.

A: Cheng is deeply conflicted about her decision, admitting that she still isn’t sure if it was the right choice and that she hasn’t forgiven herself for continuing her experiments on animals. She describes her actions as “selfish” and explains that it’s not human nature to kill other living beings and that experimenting on and killing animals does damage to the psychological well-being of experimenters.

A: She believes that scientists could be investing their time and available funds in more human-relevant research methods.

A: She wanted to “[make] people’s live better and healthier.”

A: She believes that scientists are beginning to realize that experiments on animals do not provide them with answers that can help humans. She suggests using human cells, human mechanisms of disease, and other human-relevant research methods to find cures for diseases.

A: She says that it’s taboo for scientists to question whether an experiment is “right” or moral and that it’s generally believed in the scientific community that “any science is good science,” even if an experiment is poorly designed.

A: She believes that “when someone’s suffering,” a scientific experiment should be questioned.

A: She dedicated it to the more than 200 animals who died in her experiments. 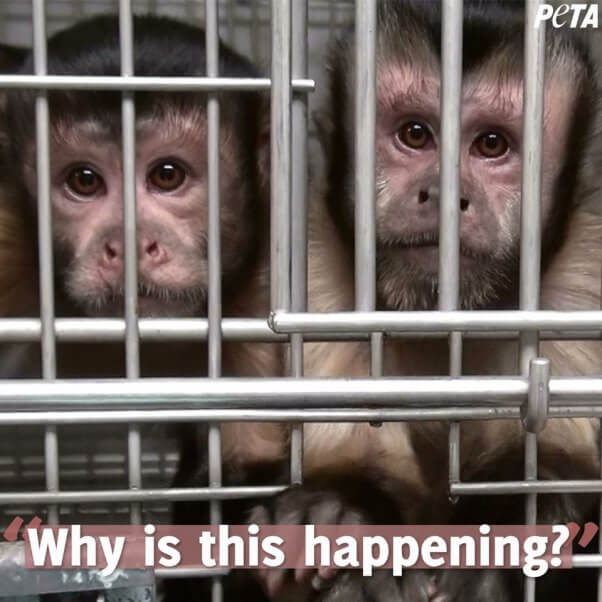 A: Dr. Cheng had a line in her dissertation that said, “To all the animals that I killed, I’m sorry. I was wrong.” Her thesis adviser told her to remove this line because including it could affect her chances of graduating.

A: She says that she was hurt and disappointed about not being able to include this line in her dissertation.

A: She viewed the animals she experimented on as individuals, not “tools for gathering my data.” She says that “they have emotions, they feel pain, [and] they suffer just the same way we do.”

A: She now uses her science degree to combat animal testing and promote alternatives. She gets to save animals and protect human health.

A: She uses her experience and expertise as a scientist to work with lawmakers to create lasting change that reduces animal suffering.

A: When someone challenges the status quo, they object to or refuse to participate in something that’s being done simply because “that’s the way it’s always been.” Answers to the remaining questions will vary based on student experience. You could acknowledge to students that it can feel scary and lonely to stand up against something that’s popular but that we feel is wrong. It’s important to do this, though, because others may share our opinion and through a collective effort, the situation can ultimately be changed for the better.

A: Will vary based on student experience. Encourage students to consider how they’d feel if their animal companion were used in an experiment, pointing out that each year, more than 100 million animals—including dogs, cats, rabbits, hamsters, guinea pigs, mice, rats, fish, and birds—are killed in U.S. laboratories for biology lessons, medical training, curiosity-driven experimentation, and chemical, drug, food, and cosmetics testing.

A: Will vary—possible answers follow. She felt sad and upset that she had hurt animals. She was disappointed that others in her community didn’t see that animal testing was harmful and ineffective. She had worked very hard and traveled a great distance to pursue a career in science but felt strongly that her studies involving animals weren’t based in science.

A: Will vary based on student experience. Possible answers include disappointed, discouraged, and demoralized. Encourage students to consider that Dr. Trunnell, for example, was the first in her family to go to college and that Dr. Cheng left her home and family in Taiwan to study biology in the U.S. You could also remind students how each scientist featured in the film felt at the beginning of her studies.

Continue the discussion about the inappropriateness of using animals in experiments with TeachKind’s debate kit:

Debate Kit: Should Animals Be Used in Experiments?