In 2019, a record 7.6 million people—many of them young folks—from all over the world participated in the Global Climate Strike, “[t]he biggest climate mobilisation in history.” Vegan environmental activist Greta Thunberg, who was only 16 at the time, quickly became the face of the movement as a growing number of young people raised their voices about the climate crisis that’s threatening their very future. Perhaps you saw her call out world leaders in her now-viral speech at the United Nations’ 2019 Climate Action Summit:

Greta isn’t alone. Gen Z (those born in the mid-1990s to the early 2000s) is a force to be reckoned with. These young people aren’t afraid to speak up when they see that something’s wrong, and in a time when the Earth is actually on fire—in part because people continue to eat animals—they’re the heroes we need. It’s no longer enough to teach our students to recycle or turn off the faucet while they’re brushing their teeth. If we want to avoid doing irreparable damage to the environment, we must be willing to discuss and implement real solutions to the climate crisis, starting with changing what we eat. 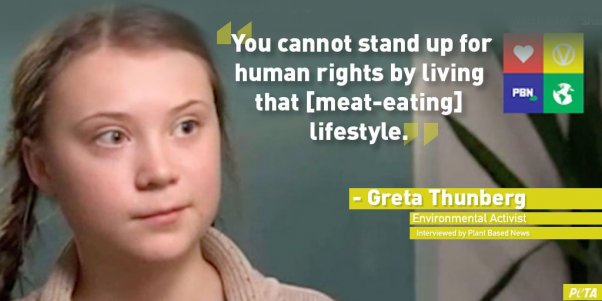 Here are the facts about the effects of animal agriculture on the environment: 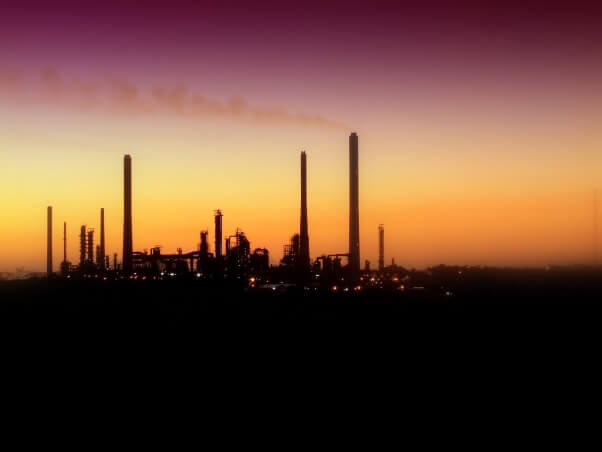 Chances are, your students are profoundly anxious about the climate crisis—if not actively campaigning for change along with Greta and other young environmentalists. Let your students know that they’re not alone in their fight for justice by sharing with them the work of these inspiring teen activists who know that the most important thing someone can do to help the environment is to stop eating meat, eggs, and dairy.

Now that your students know that leaving animals off their plates is vital if we’re to combat the worst effects of climate change, encourage them to spread the word. Greta said in an interview that she got some of her family members to go vegan by informing them that their refusal to make the easy switch was stealing her generation’s future. 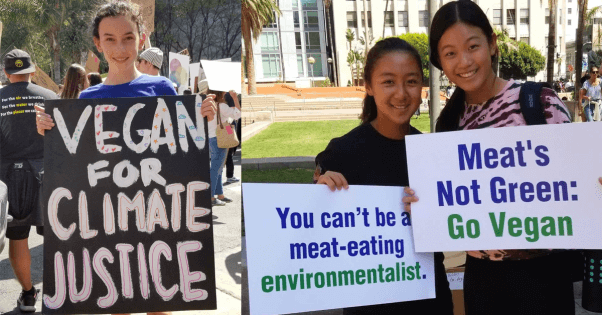 You can have your students learn more about important issues that have an impact on the climate crisis, like veganism and speciesism, by checking out this lesson about well-known animal advocate Joaquin Phoenix:

Joaquin Phoenix: The Vegan Joker in Defense of Animals (Grades 6–12)