A Plea for Lawn Safety

Many Americans seem to have a love affair, bordering on obsession, with their lawns. In the endless pursuit of attaining the perfect “Green, Green Grass of Home,” they can sometimes do a great deal of harm to the environment and unintentionally impact us all. 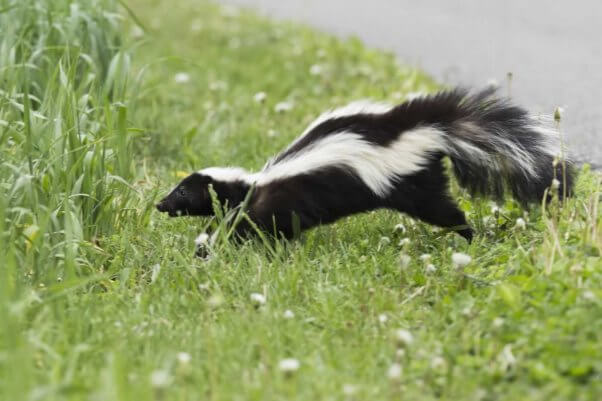 Just how much lawn are we talking about? Based on satellite imaging analysis, American lawns cover more than 40,000 square miles, or an area larger than the state of Kentucky. And all that effort for green grass takes a lot of green in the form of money. A 2002 Harris Survey put the figure at nearly $29 billion, or approximately $1,200 per household.

So let’s take a closer look at each of the four environmental “horsemen of the lawn apocalypse”: land, air, water, and animals.

Land pollution results from the estimated 67 million pounds of synthetic pesticides added to lawns each year. The pesticides include both herbicides and insecticides. In my neighborhood, “lawn care” companies are present nearly every day, spraying or spreading their magic, but toxic, formulas. Some companies post small signs warning children and companion animals to stay off the lawn that has just been treated, and because of them, walking our dogs becomes more like a maze to avoid the treated lawns.

Air pollution is caused in part by gas-powered lawnmowers. The Environmental Protection Agency estimates that the 54 million Americans—who, on average, mow their lawns once a week—use 800 million gallons of gasoline a year and produce tons of pollutants. Even newer, more efficient gas-powered mowers still emit 11 times the pollutants of a new car. In refueling mowers, 17 million gallons of fuel are spilled each year.

Water pollution—both ground water and surface water—may also result from the chemicals and pesticides. Then there’s the issue of our limited fresh water, which is used to water lawns. More than 50 percent of residential water use is for landscaping, and most of that is for lawns. On average, about 1,000 gallons of water is used each year for every 100 square feet of lawn. The irony is that the more water that is used—and especially when combined with incessant lawn feeding—the more mowing that has to be done, creating a vicious cycle of environmental hardship.

All this pollution takes a toll on animals. Those lush green lawns are little more than a sterile monoculture—a lifeless, barren, toxic turf. The entire animal food chain is affected, starting with the smallest microorganisms. The insecticides eliminate what little diversity could exist in the herbicidal lawn-only environment. Insects, birds, and mammals all suffer the consequences. Forget the killing fields—these are killing lawns. After some types of treatments in our neighborhood, the evidence is overwhelming: The sidewalk in front of a treated property is strewn with dead earthworms, accidental victims of another lawnocide.

Just like as they think that they must have their meat, milk, and eggs, most Americans simply think that they must have their lush green lawns. And just like with vegan alternatives to that meat, milk, and eggs, there are “green” alternatives to the modern American lawn. Some practical options are offered in my upcoming post “Habitat for Nonhumans.”