In any animal emergency, the most important thing you can do is to remain calm and avoid leaving the animal unattended. Please don’t assume that someone else will help. If you leave, the animal might never be found, might end up in a dangerous situation, might be abused or killed by cruel people, or might die from his or her injuries or from exposure to the elements. 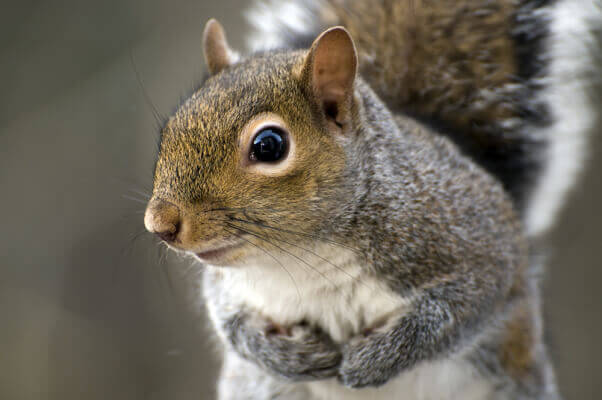 Keep an animal rescue kit in your car so that you’ll be prepared to respond should you encounter an animal in distress. The kit should contain the following items:

Please stop to help if you find an injured animal. When approaching the animal, move slowly (back up to the animal if he or she is totally frightened during your approach) and quietly, and stay as close to the ground as possible. Refrain from talking or making contact. If the animal cannot be moved or safely contained, cover him or her with a towel or blanket so that he or she will stay calm until help arrives and call 911. If the animal can be safely moved, place him or her in a covered box or carrier, and put the box in a dark, quiet place. Make sure that the animal doesn’t get too hot or cold and can breathe inside the box. Don’t feed the animal or offer him or her water. Contact an animal control or state wildlife agency or a local licensed wildlife rehabilitator immediately.

If you find a baby wild animal who’s alone or without a parent, don’t step in when it’s best to step aside. As the weather begins to warm up for many of us, baby animals will be a common sight, but if they aren’t hurt or in immediate danger, they usually don’t need help. Mom is probably gathering food nearby. Observe from afar to confirm that the mother is in fact caring for her young. Some mammal mothers such as deer and rabbits will only attend to their young at dusk and dawn.

Remember that it is not always fair to put a wild animal through the trauma of being handled by humans and suffering the pain of surgery and recovery in an alien environment, especially when so many do not pull through. Those who do are doomed either to live in a cage in captivity for the rest of their lives or to be released with a physical disadvantage as they attempt to fend for themselves again in the wild. In such a case, paying for euthanasia at the veterinary office or heading for the animal shelter is probably the best option, but do stay with the animal to ensure immediate relief of his or her suffering.

If you do end up with orphaned young birds or mammals, make them comfortable just as you would if they were injured animals. But do not attempt to care for the animals yourself! Please call your local animal control agency or wildlife rehabilitation center and transport the baby animals for care immediately.

Most birds are protected under the federal Migratory Bird Treaty Act (MBTA). If you or anyone else is caught attempting to care for a federally protected bird without a rehabilitation permit, the U.S. Fish and Wildlife Service could charge you with MBTA violations. Fines for violating the MBTA are substantial! It’s also illegal to possess wildlife without a license in most states because these animals require expert handling and care, so please contact an animal control agency or wildlife rehabilitation center and transport the animals for care immediately.