22 Facts That Will Make You Pass on Turkey This Year

From the time that they’re hatched to when they’re slaughtered, turkeys go through hell. Here are twenty-two facts that will make you stop eating turkeys.

1. Three hundred million turkeys are killed in the U.S. each year, many for Thanksgiving and Christmas. 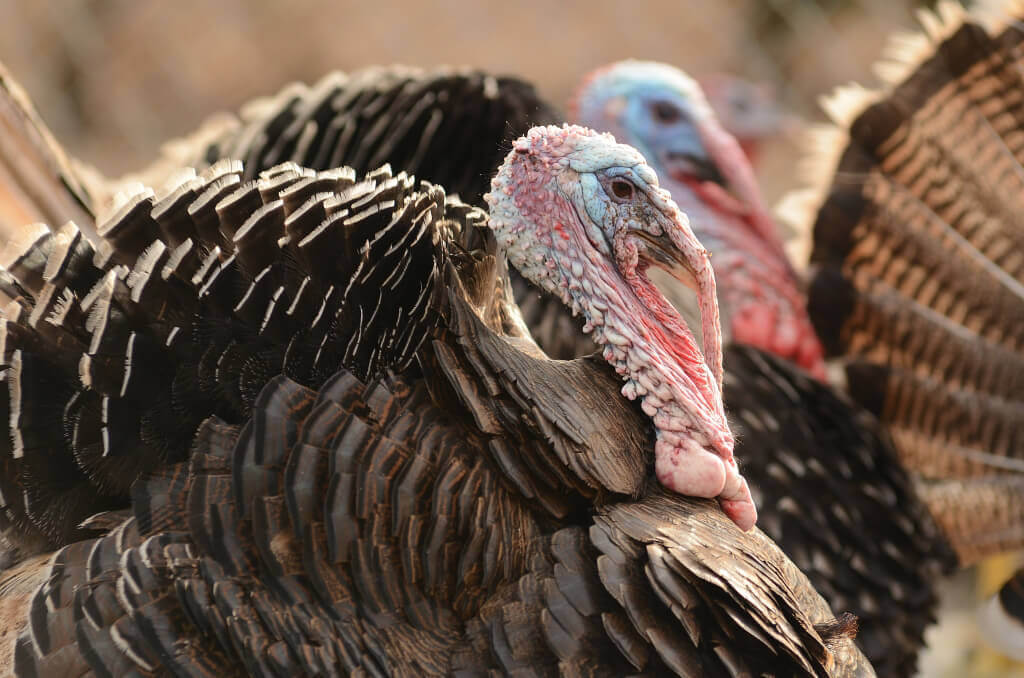 2. Baby turkeys are hatched in large incubators such as this one. 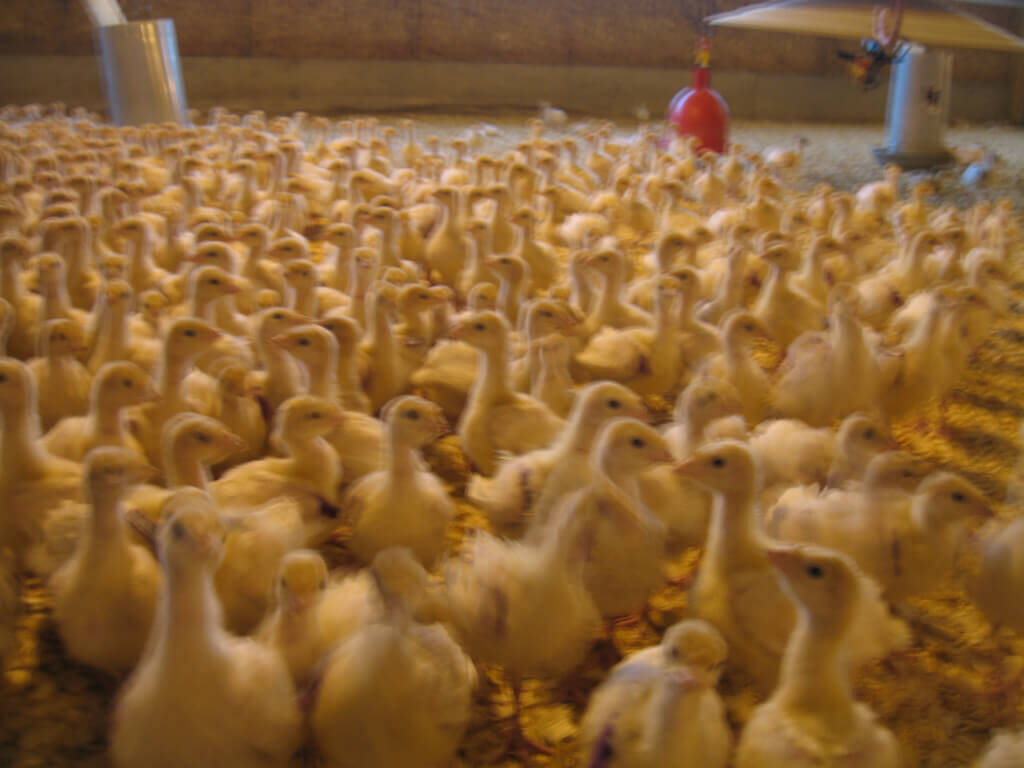 3. They will never see their mothers. Here, they huddle around a heat lamp for warmth. 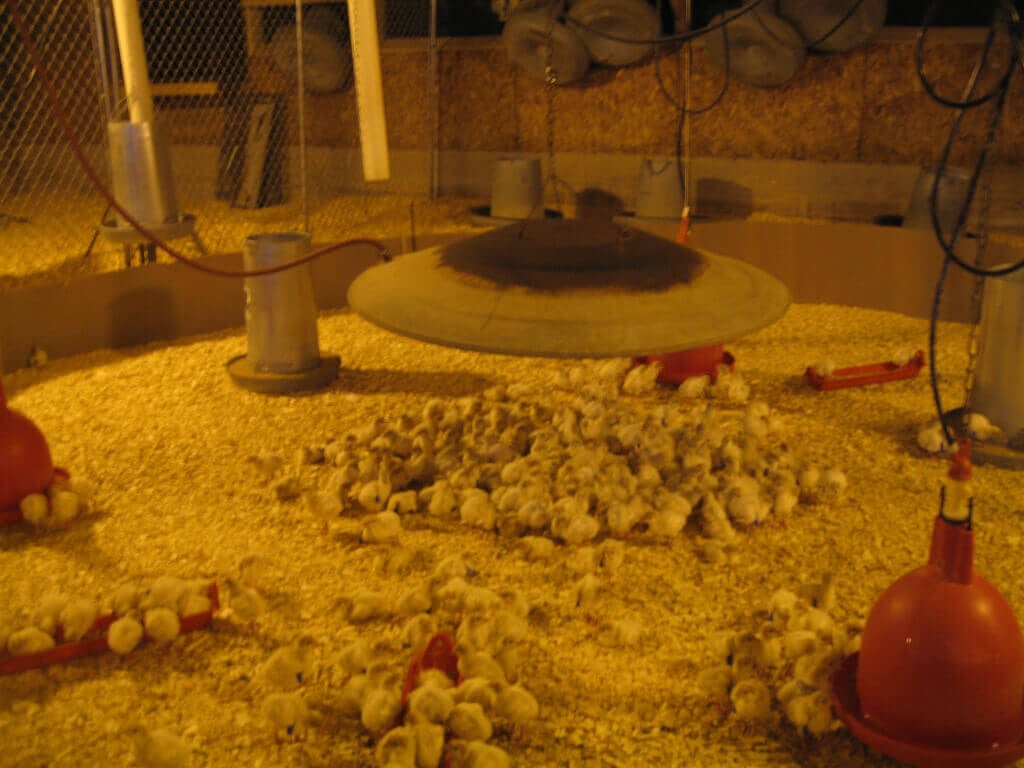 4. After only a few weeks, turkeys are moved to large, windowless sheds … 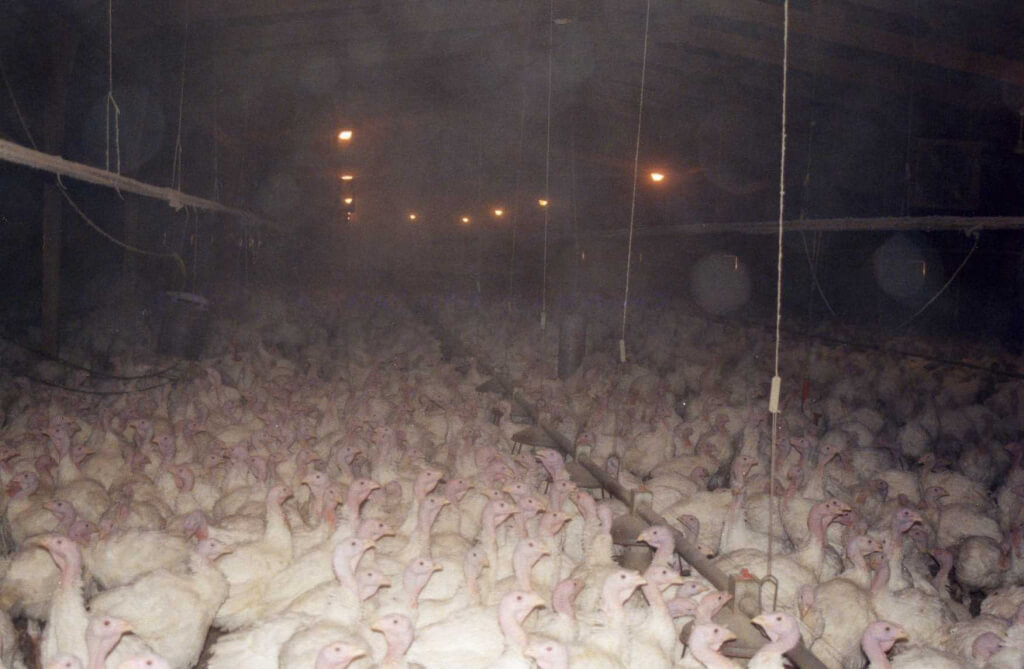 6. They’ll all spend the rest of their lives there.

7. At many farms, workers can treat birds however they wish.

9. To keep turkeys from killing each other, parts of their toes and beaks are cut off—without painkillers.

10. Turkeys are bred, drugged, and genetically manipulated to grow as large as possible as quickly as possible. 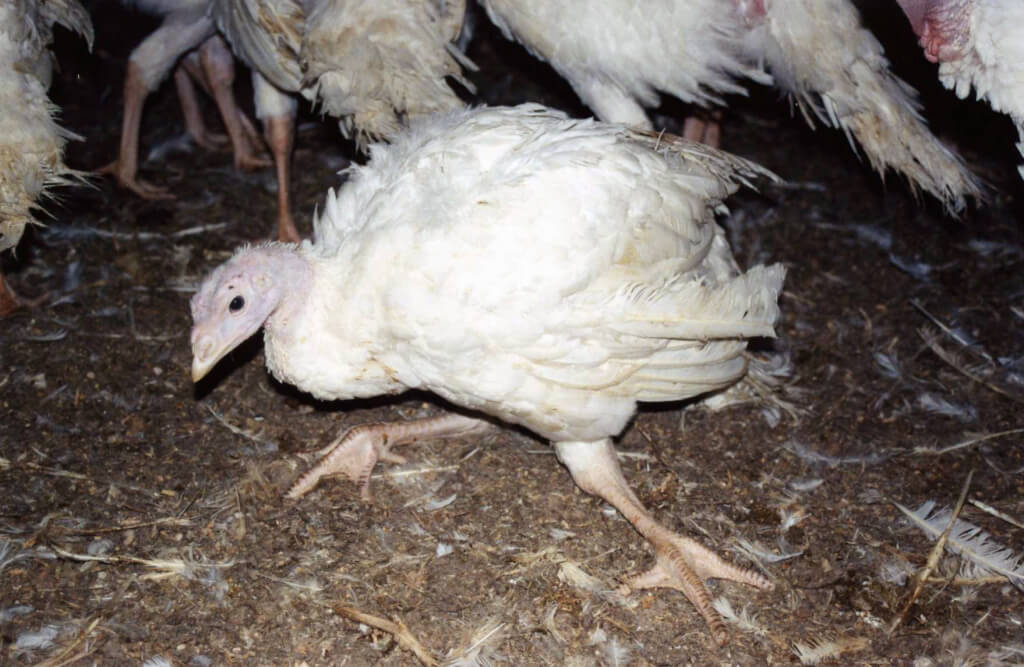 12. Because of this artificial manipulation, turkeys’ legs often break beneath them. 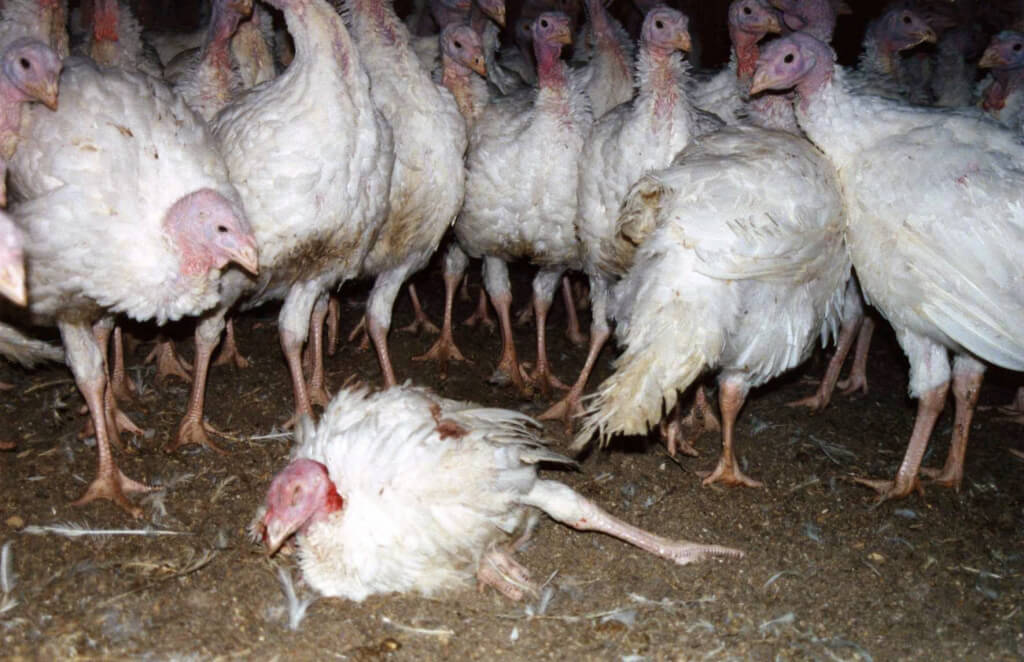 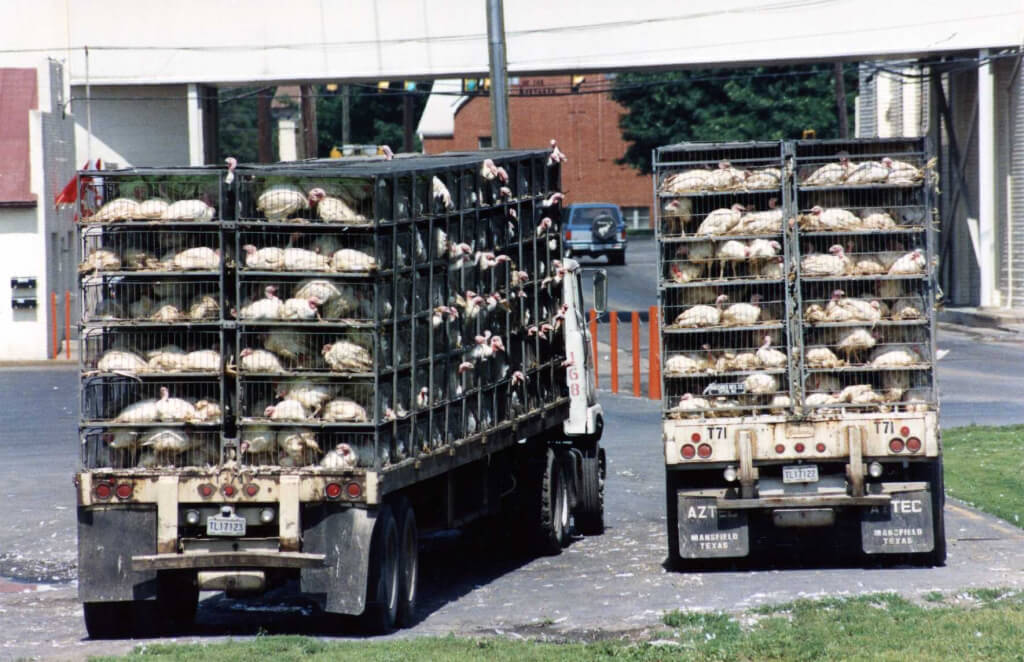 14. The trucks that take them to slaughter sometimes crash. 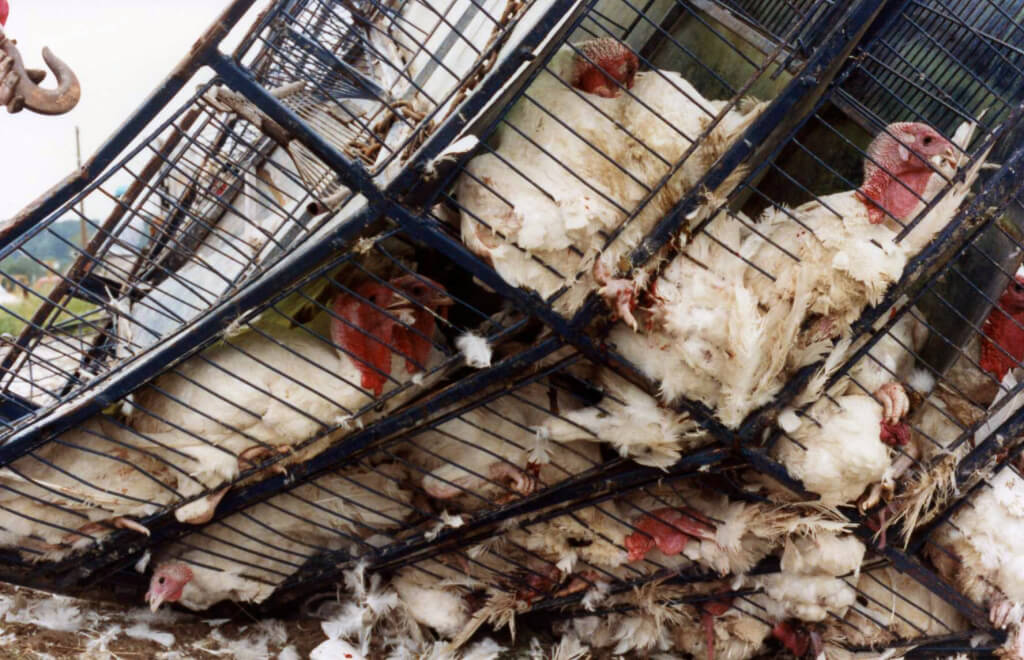 15. When that happens, the turkeys who aren’t already dead are loaded onto another truck.

16. When they get to the slaughterhouse, turkeys are hung upside down by their legs, which often break during the process.

17. Then their heads are dunked into electrified water …

19. Then they are dunked in scalding-hot water to defeather them.

20. Many turkeys aren’t stunned properly and are scalded to death.

21. Then they are turned into this: 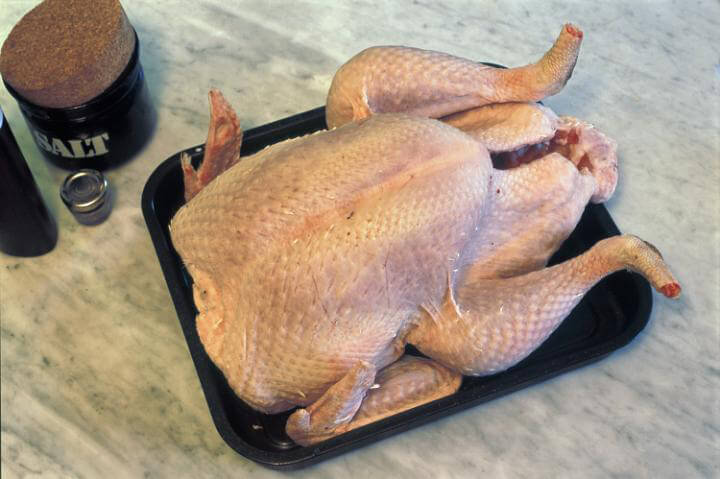 Want to keep cruelty off your plate for good?