After successful tests in Raleigh, North Carolina, and Kansas City, Missouri, Hardee’s is dishing up vegan Beyond Burger and Breakfast Sausage patties nationwide. Hungry for more juicy details? The Beyond Burger and Beyond Sausage formulas are specific to the chain’s original flavors and aren’t available for purchase anywhere else. For a vegan Beyond Thickburger, order it without cheese and mayonnaise and on lettuce instead of a bun. The Beyond Sausage Burrito comes with Beyond Sausage, crispy Hash Rounds, and salsa wrapped in a warm flour tortilla. Make it vegan by asking for no eggs or cheese. 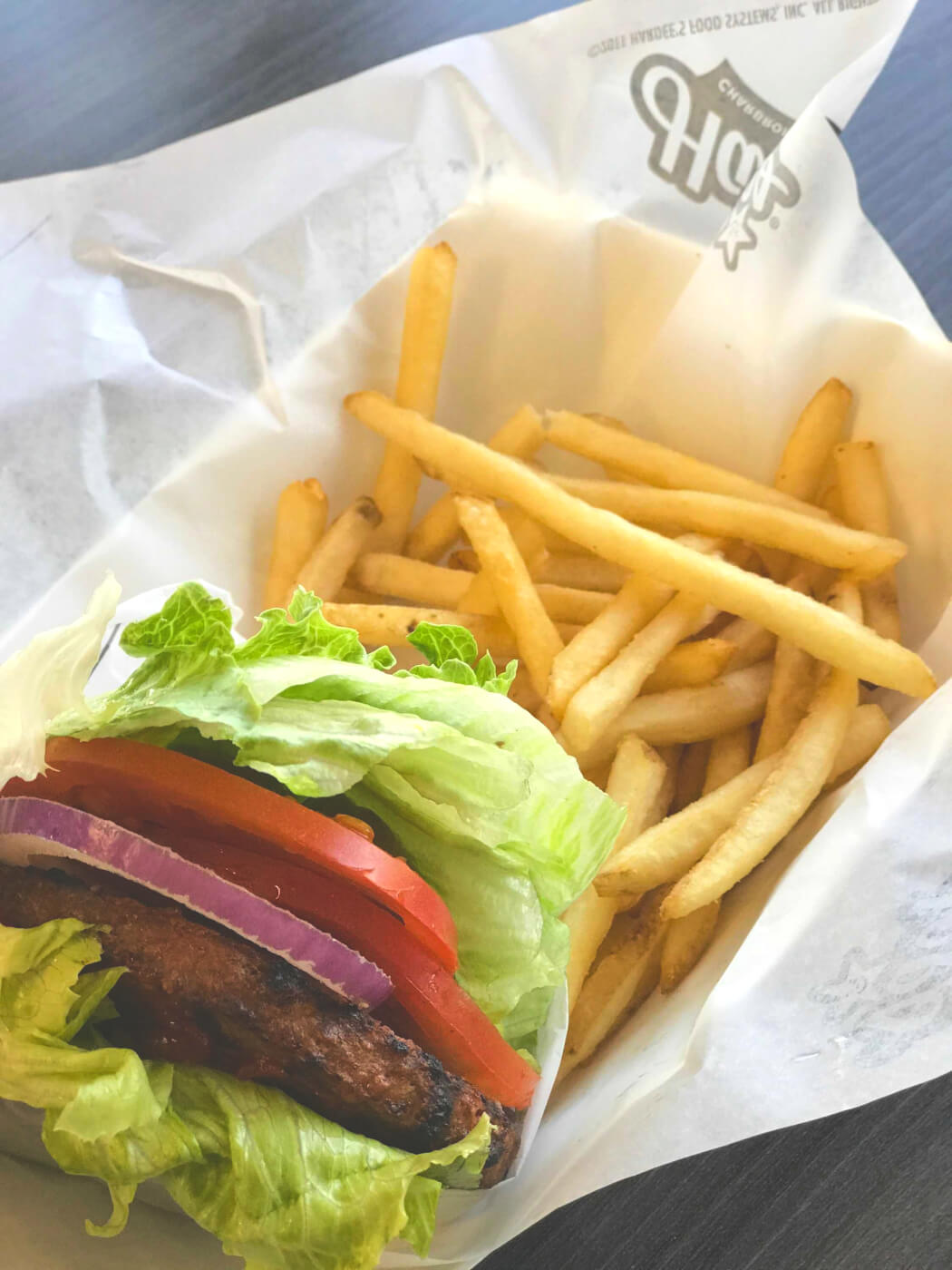 Hardee’s joins an ever-growing list of popular restaurants that are becoming leaders in the vegan revolution, like Del Taco, Carl’s Jr., and Baskin-Robbins. In introducing vegan options, Hardee’s has recognized that going vegan is on the rise in the U.S. and that more and more people are choosing plant-based foods to protect animals and the environment. These offerings will introduce a new audience to the delicious world of vegan foods.

If this article is making you hungry for some tasty vegan food, then we have just the thing for you: PETA’s free vegan starter kit comes with tips and information about going vegan. For animals, the environment, and your health, order one today!