Why You Should Leave Fish’s Flesh off Your Lenten Plate

On Fridays during Lent, some believers abstain from the consumption of meat from cows, pigs, chickens, and other animals. However, some continue to eat fish, even though they are social animals who feel pain, the industries that raise them destroy the environment, and ingesting them is actually harmful to humans.

Indeed, research has shown that fish do feel pain. According to Dr. Donald Broom, animal welfare advisor to the British government, “Anatomically, physiologically, and biologically, the pain system in fish is virtually the same as in birds and mammals.” Fish have fully developed brains and nervous systems and very sensitive mouths. Fish use their tongues and mouths as humans might use their hands—to catch or gather food, build nests, and even hide their offspring from danger. Fish can also suffer from fear and anticipation of physical pain. An Australian study found that when fish are chased, confined, or otherwise threatened, they react as humans do to stress: with increased heart and breathing rates and a burst of adrenalin. Like any other animal, fish feel pain and have a will to survive. 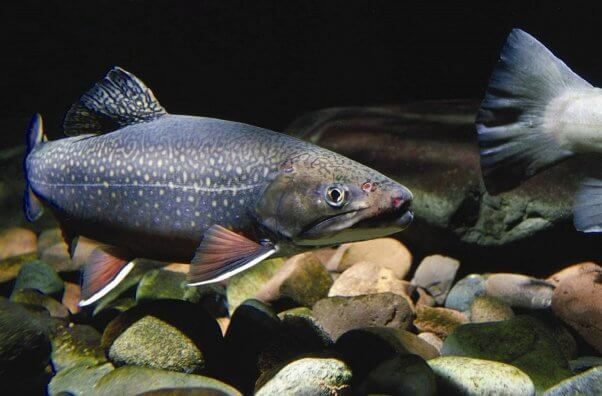 Commercial fishing adversely affects the environment. In fact, it’s wreaking havoc on our oceans. As a result of commercial fishing, 90 percent of large fish populations have been exterminated in the past 50 years. Many commercial fishing vessels practice bottom-trawling in order to catch sea animals who live near, on, or under the sea floor, such as flounder, cod, grouper, shrimp, and scallops. Scientists say that the destruction caused by bottom-trawling is similar to that caused by clear-cutting old forests, only on a far greater scale. Elliot Norse, president of the Marine Conservation Biology Institute, says, “Scientists find that bottom-trawling is the largest disturbance to the world’s sea floor and possibly the largest human-caused disturbance to the biosphere.”

The consumption of fish flesh is also harmful to humans. Both wild and farmed fish live in increasingly polluted waters, and their flesh rapidly accumulates high levels of dangerous toxins. The most prominent of these are polychlorinated biphenals (PCB) and mercury, which can harm the brain of anyone who eats them. The Environmental Protection Agency (EPA) estimates that fish can accumulate thousands of times the level of cancer-causing PCBs found in the water in which they live. And according to The New England Journal of Medicine, fish “are the main if not the only source of methyl mercury,” a substance that has been linked to cardiovascular disease, fetal brain damage, blindness, deafness, and problems with motor skills, language, and attention span. As if all that weren’t enough to make your stomach turn, remember that seafood is also the number one cause of food poisoning in the United States! 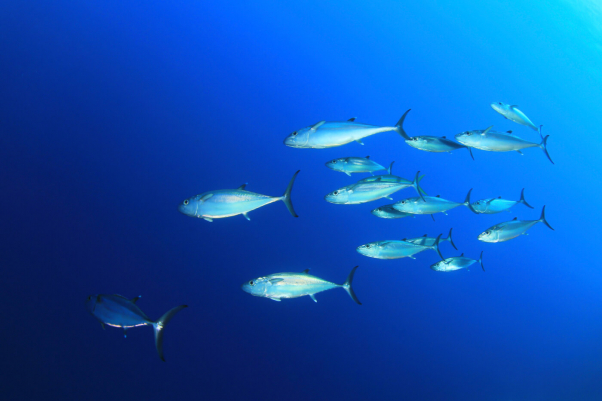 What Does Going Vegan Have to Do With Being Christian?

During Lent this year, take animals, the environment, and your health into consideration. As you plan your next meal, ask yourself, “What would Jesus do?” He wouldn’t approve of modern fishing practices. So please extend the same compassion to fish that you would to other animals and forgo the seafood. There are plenty of delicious vegan seafood options that you can find in stores or through online retailers.

Are you a compassionate Christian? Visit PETA LAMBS for more faith-based inspiration for going vegan:

Learn Why Going Vegan Is Rooted in the Bible