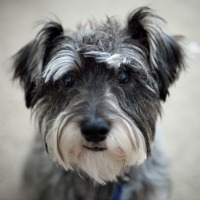 If you’ve decided to welcome a dog into your family, you may be considering buying a puppy from a breeder. While many potential canine guardians have heard about the horrors of puppy mills and “backyard breeders,” they mistakenly think that buying a puppy from a so-called “responsible breeder” is acceptable. Nothing could be further from the truth.

Why Breeding Dogs Is Killing Dogs
Approximately 6 to 8 million animals are handled by animal shelters in the United States each year. Some are reclaimed or adopted, but nearly 4 million unwanted dogs and cats are left with nowhere to go.1 Animal shelters cannot humanely house and support all these animals until they die of natural causes—the animals would be forced to live for years, lonely and stressed, in cramped cages or kennels. And other animals would have to be turned away because there would be no room for them.

The births and deaths of millions of homeless animals could be reduced and prevented through spaying and neutering. Yet countless puppies are born every day, thanks to breeders who often breed closely related dogs in order to retain certain breed characteristics. Not only does this contribute to the overpopulation crisis, it has also led to genetic diseases in virtually every breed. Because the gene pool is so limited, there are just as many hereditary canine diseases as there are dog breeds.2,3

How the AKC Shares the Blame
The American Kennel Club (AKC) says it registers about a half a million dogs annually, some of whom will join the millions of animals who are abandoned in animal shelters each year.4 The AKC’s objective is to study, exhibit, promote, and maintain dog breeds, regardless of the cost to the dogs or to society. Firmly stating that dogs are property, the organization actively and aggressively combats mandatory spay-and-neuter programs, funding its lobbying efforts with the millions of dollars that it receives from breeders who pay AKC registration fees.5,6

Breeding is encouraged for appearance characteristics that have nothing to do with the health of the dogs and sometimes affect it adversely. Pugs, for instance, notoriously have difficulty breathing because of their short snouts. One breeder admits that the much-sought-after pug face is derived from a recessive gene: “If they’re left to their own devices, or you don’t breed carefully, they won’t keep their flat faces.”7 Dogs that don’t meet the breed standard may be given up, sold to pet stores, or euthanized.

Potential buyers might be swayed by talk of “papers” and “AKC registration,” but these papers only mean that both parents belong to the same breed—they don’t ensure a dog’s good temperament or good health. Says one veterinarian, “The best use of pedigree papers is for housebreaking your dog. They don’t mean a damn thing.”8

The Purebred Myth
Some people impulsively obtain purebred dogs, even though they may not be educated about the breed or ready for the commitment that animal companions require. Movies such as 101 Dalmatians have caused a significant increase in the popularity of certain breeds, yet very few potential dog caretakers take the time to investigate the traits and needs of the breed that they are considering. “Every time Hollywood makes a dog movie, the breed goes to hell,” says one caretaker of bouvier des Flandres dogs. A Dalmatian fancier concludes that “the unscrupulous breeders will see there’s a profit margin there.”9 When there is a surge in demand for a particular breed, puppy mills try to meet that demand, but when dogs at home don’t act just like their TV or movie screen counterparts,  rescue groups and animal shelters become flooded with these breeds.

The Shame of Puppy Mills
Pet stores are notorious for selling dogs who come from “puppy mills,” breeding kennels that raise dogs in cramped, crude, filthy conditions. Constant confinement and a lack of adequate veterinary care and socialization often result in animals who are unhealthy and have behavioral problems. As a result, many are abandoned within weeks or months of purchase—further exacerbating the tragic companion-animal overpopulation crisis. At puppy mills, dogs are bred for quantity, not quality, so genetic defects are passed on from generation to generation. “There is virtually no consideration of temperament,” says one dog trainer. “I wish legislators could sit in my office and watch … people sobbing in extreme emotional pain over having to decide whether to euthanize their dog because of some serious behavioral problem.”10 For more information on this tragic industry, please see our factsheet on puppy mills.

What You Can Do
As long as dogs are dying in shelters, there is no such thing as a responsible breeder. Adopt animals from your local animal shelter, where there are puppies and dogs of all shapes, sizes, and breeds. Shelters receive new animals every day, so if you don’t find the perfect companion to match your lifestyle on your first visit, keep checking back. You can also visit PetFinder.com, a searchable online database featuring thousands of adoption candidates at animal shelters and rescue groups.

Make sure that your new companion is spayed or neutered. Set up an appointment as soon as possible to have the procedure done. A spayed or neutered dog is healthier, lives longer, is less aggressive, is less likely to roam and get lost or hit by a car, and won’t suffer from cancer of the reproductive system.

When you find your new best friend, you’ll be glad that you chose to save a life—instead of supporting an industry that breeds suffering and misery every day.