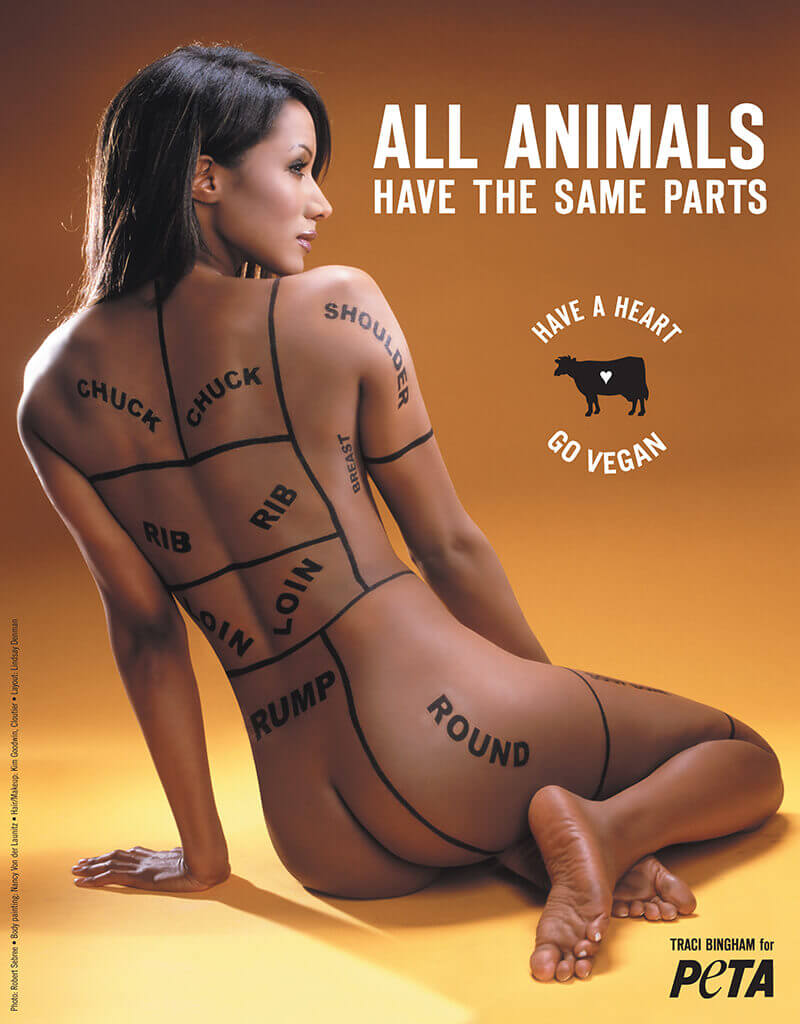 “All animals have the same parts—have a heart, go vegetarian.” That is the message of PETA’s ad starring Traci Bingham, the curvaceous vegetarian actor, known to TV viewers from Baywatch, Comedy Central’s Strip Mall, and variety of other shows on BET and MTV. The sexy ad encourages people to view animals as something other than walking entrées.

Factory-farmed animals are made of flesh, blood, and bone, just as humans are. They have the same bodily organs, the same five senses, and the same range of emotions. And, of course, they can feel fear and pain, and they value their lives.

Each year in the United States, 27 billion animals have their throats cut and their bodies chopped into pieces and wrapped in cellophane for the supermarket meat case. But animals are not walking entrées. They have personalities and feelings and form families and friendships if given the chance.

Factory farms deny animals everything that is natural or enjoyable to them, confining them to filthy, cramped cages, stalls, and sheds, where only a steady diet of drugs keeps them alive long enough to be prodded to the slaughterhouse.