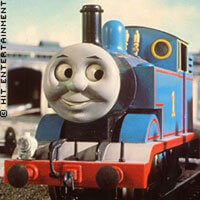 Britt Allcroft has been delighting children all around the world with stories about beloved steam engines Thomas, Gordon, Henry, Emily, James, Percy, and others for more than 25 years. She created the TV series Thomas the Tank Engine and Friends and wrote and directed the movie Thomas and the Magic Railroad. Now she is bringing a message of compassion to families, urging them to choose outings that help children learn to appreciate animals and the natural world, not dominate and harm them.

Read what Allcroft has to say about circuses that use animals and sign our petition to stop circus cruelty.

When I was a child and still believed that the world was as kind to everyone as it was to me, a traveling circus set up in the big park behind my house. I remember snuggling under my blankets at night to listen to the lions roar. Safe in my bed, I imagined that this English park had magically transformed into some wonderful exotic place in a far away land.

Now that I have shed much of my childhood innocence, I realize that the lions weren’t proclaiming their power but instead were crying out for freedom. If I had understood this when I was a child, I would never have gone to the circus. Now that I am grown up and have a family of my own, I think that a circus with animals is no place to take children.

I do not blame my mother for taking me to the circus—in those days, nobody knew what we know now. Twenty years ago, I didn’t know what I know now.

Here is what I know now: There are animals who are used in circuses who are beaten into submission, forced to live in tiny cages or in chains, and made to perform demeaning, unnatural tricks. Elephants in their natural homes do not stand up on their heads, and tigers don’t want to jump through flaming hoops. Children who see these antics will not gain a deeper understanding or appreciation for these magnificent animals. The only lessons young people stand to gain from these kinds of circuses are that the exploitation of weaker beings is acceptable and that apathy is preferable to compassion.

Throughout the Thomas the Tank Engine and Friends TV series, which I first began making over twenty-five years ago, I’ve tried to instill in children a sense of compassion and fairness. I know that children harbor deep compassion for animals. I’m certain that if children knew about the mistreatment of animals used in circuses, they would never want to go to them.

There’s another subtle message that circuses with animals send to young people. Like animals, children are completely at the mercy of stronger beings. When they see animals that are humiliated and forced to perform unnatural acts, they are given the message that it is acceptable to bully weaker beings. If we teach children that it’s all right to dominate animals and use them for our amusement, how can we expect children to extend kindness to one another? We must face the facts: Circuses with animals are violent, and exposure to violence damages children. It encourages them to separate beings into “us” and “them.”

I believe that what children want is to have fun and inspiring times with their families. Really bonding is what matters. A circus without animals like Cirque du Soleil makes for a great family outing. And there are so many activities that offer children greater insight into the natural world. Here are a few suggestions:

I feel that to share this planet with animals is like being given a wonderful present for which I am forever grateful.