From pumpkin to pecan, there’s a vegan pie for every Thanksgiving table. These decadent pies show how easy it is to give everyone—including cows and chickens—something to be thankful for this holiday season. Not only are vegan desserts free of saturated animal fat and cholesterol, they also spare animals immense suffering. For milk and butter, calves are torn away from their mothers shortly after birth, and in the egg industry, parts of chickens’ beaks are cut off with a hot blade when they’re just a few days old.

All the bakeries and restaurants on this list prove how easy and delicious it is for everyone to choose animal-friendly fare. With so many vegan options cropping up everywhere, from Houston to Concord, Massachusetts, and from Indianapolis to Tacoma, Washington, it’s as easy as pie to have a scrumptious dessert for Thanksgiving dinner that no one had to suffer or die for.

This take on a classic apple pie features a delectable crumble top, which pairs perfectly with a cinnamon-spiced brown sugar apple filling. All the pies at Mo’Pweeze Bakery are vegan, kosher, and free of the top 10 allergens. For Thanksgiving, the bakery also offers blueberry, cherry, pumpkin, and sweet potato pies. It will be taking orders online or by phone for in-store pickup until November 19 for Thanksgiving and from December 1 to 20 for the holiday season. 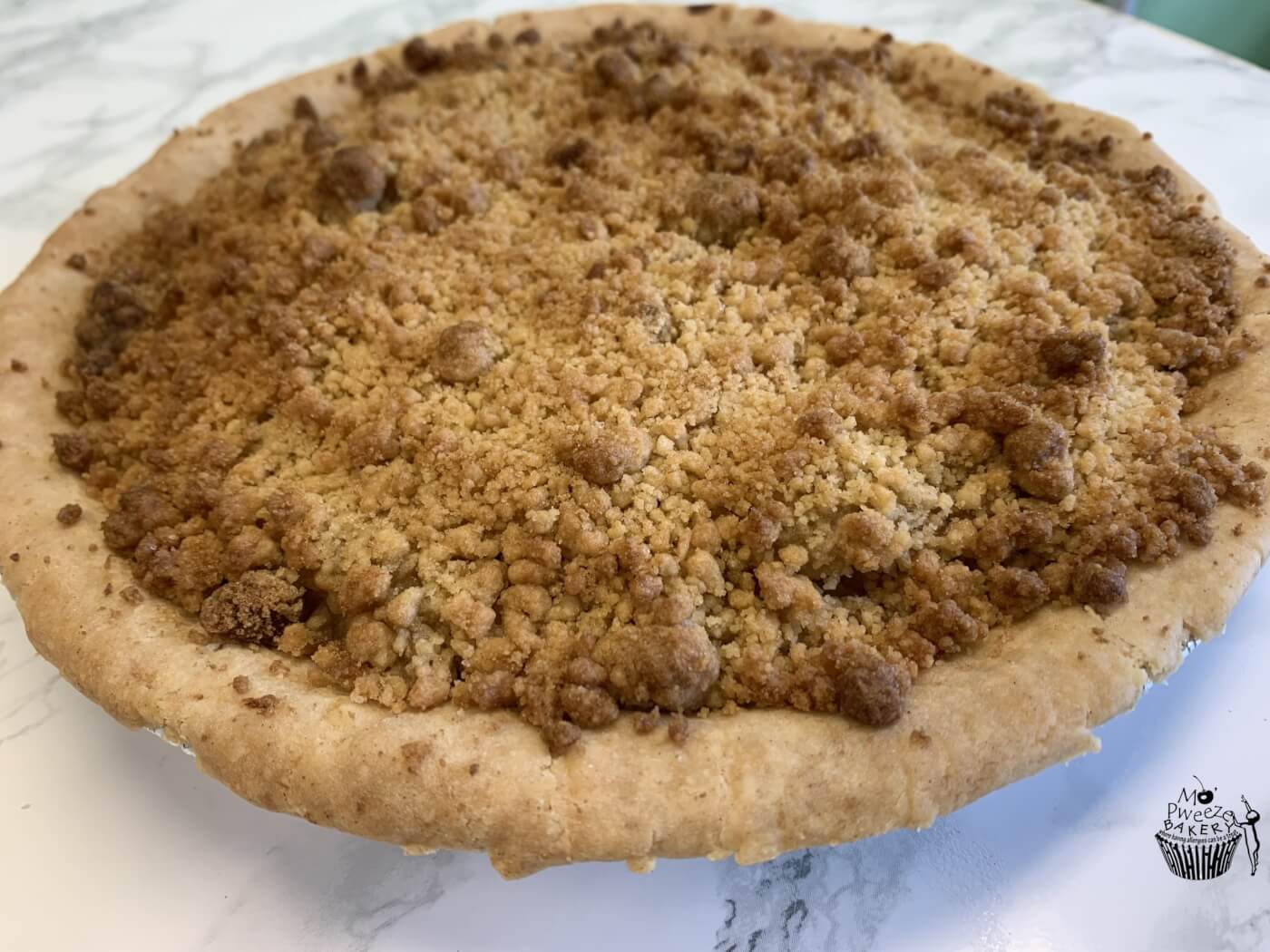 Craving a little taste of summer during the chilly months? This Key Lime Pie from Sweet Hazel & Co. will remind you of a tropical vacation. Sweetened condensed coconut milk and zesty key limes give it a perfect balance of sweet and tangy, and it’s topped with the bakery’s house-made vegan whipped cream. Place an online order before November 19 for pickup on November 23 or 24. 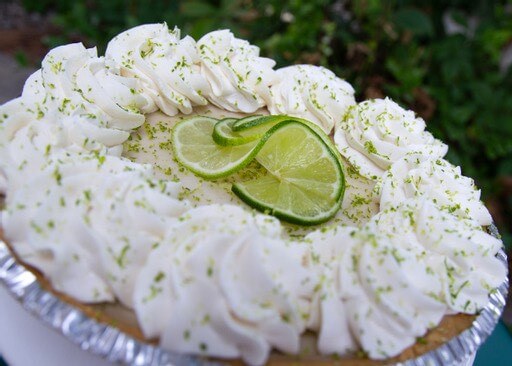 This luscious pie combines sweet and tart berries, baked in a flaky vegan double crust. It can be ordered for Thanksgiving until November 21 and picked up at Stockholm Bakery or the Red Wing café on November 24. Order online or call to place your order. 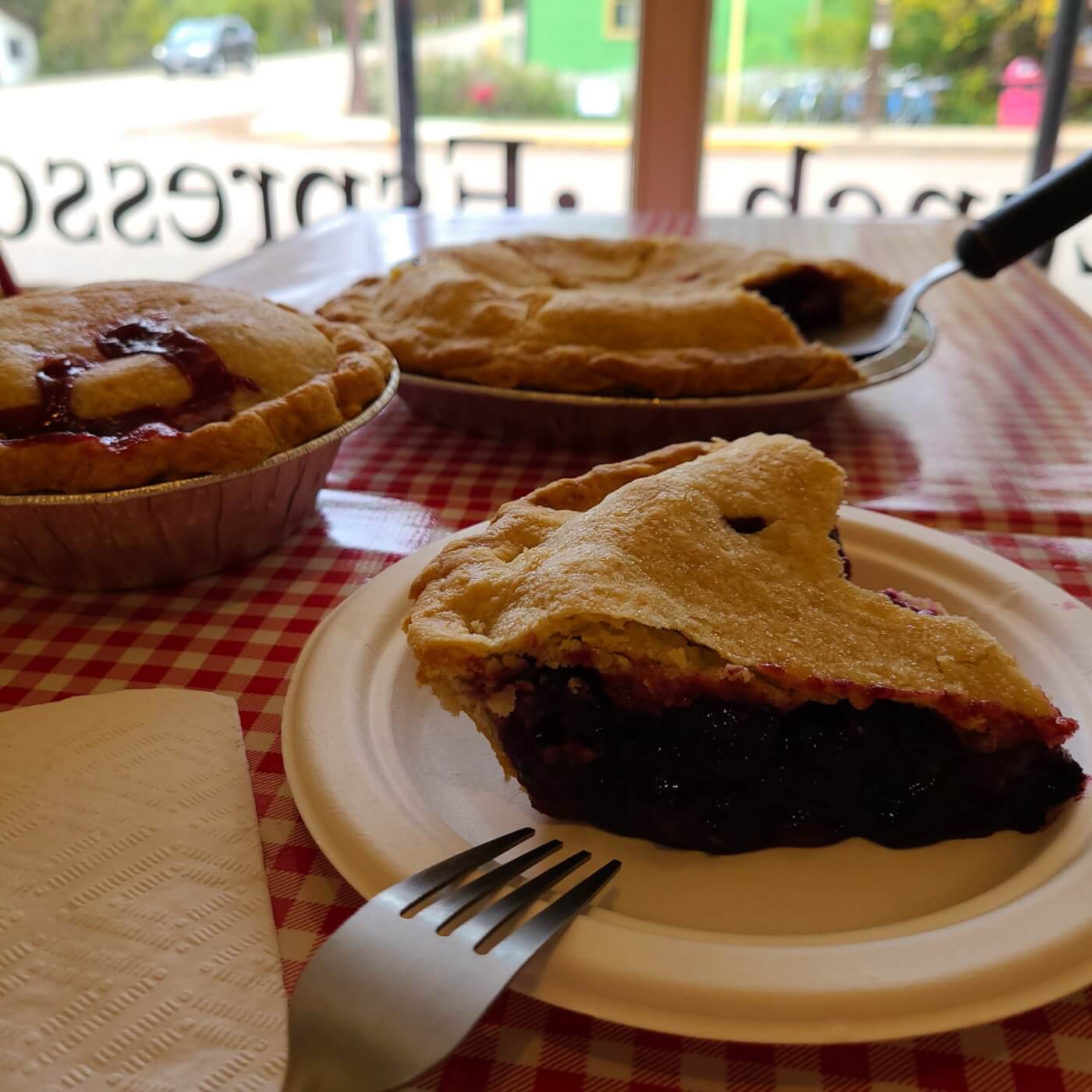 A fall classic, this Sweet Potato Pie is made with fresh sweet potatoes blended with a spice custard and baked in a delicious vegan butter crust. Pies are available for local pickup and nationwide shipping online. If sweet potato isn’t your favorite, other scrumptious pies available from Southern Roots Vegan Bakery include pumpkin and apple. 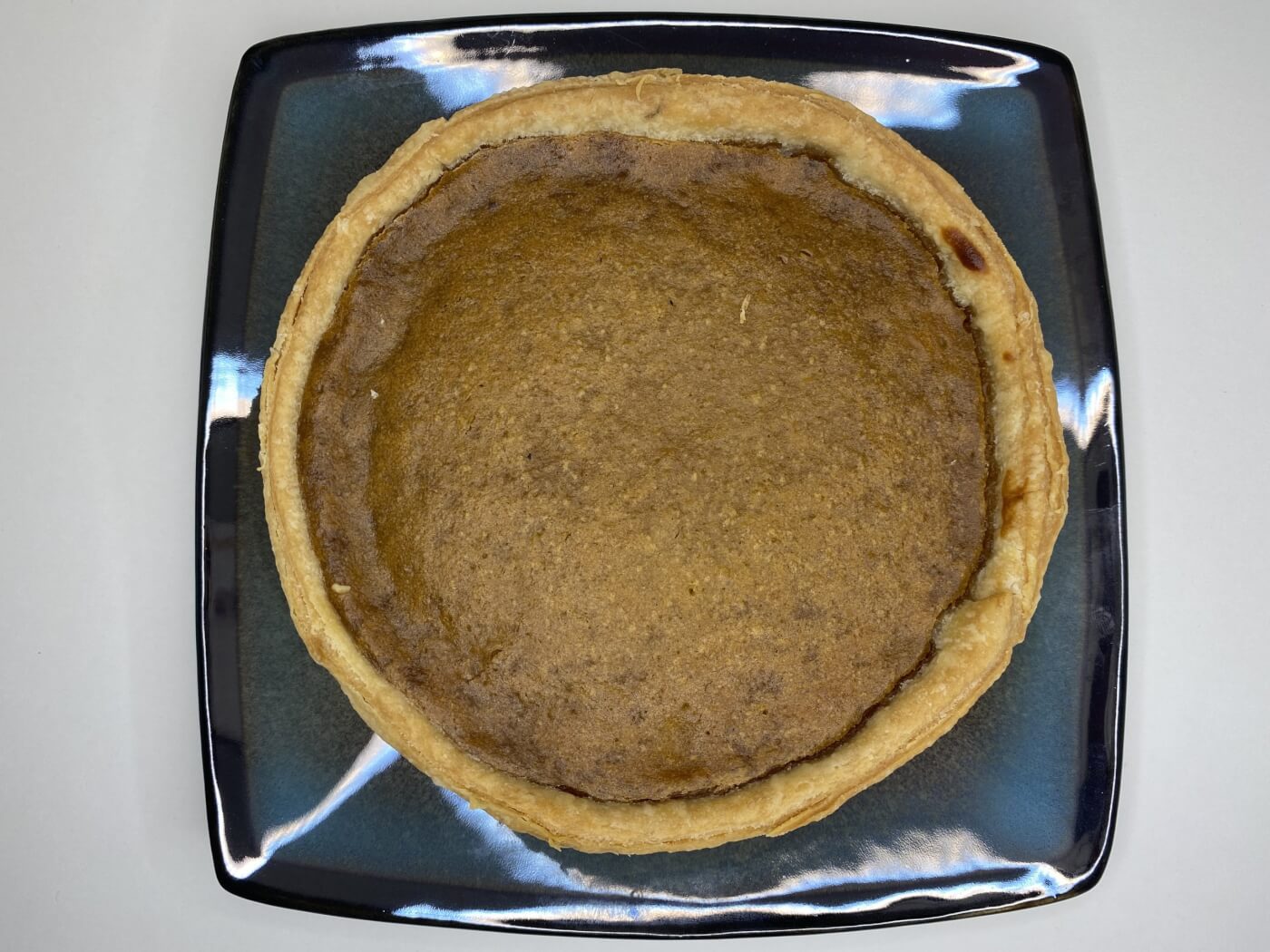 Sinfull Bakery offers a super-creamy, decadent pumpkin cheesecake made from scratch, with cows and chickens in mind. It has a flaky crust and is topped with adorable pumpkin cut-outs to make it even more festive. Other pies available here in November include classics such as apple, blueberry, and sweet potato as well as a Chocolate Fudge Crust Cheesecake. Order online for pickup on the week of Thanksgiving. 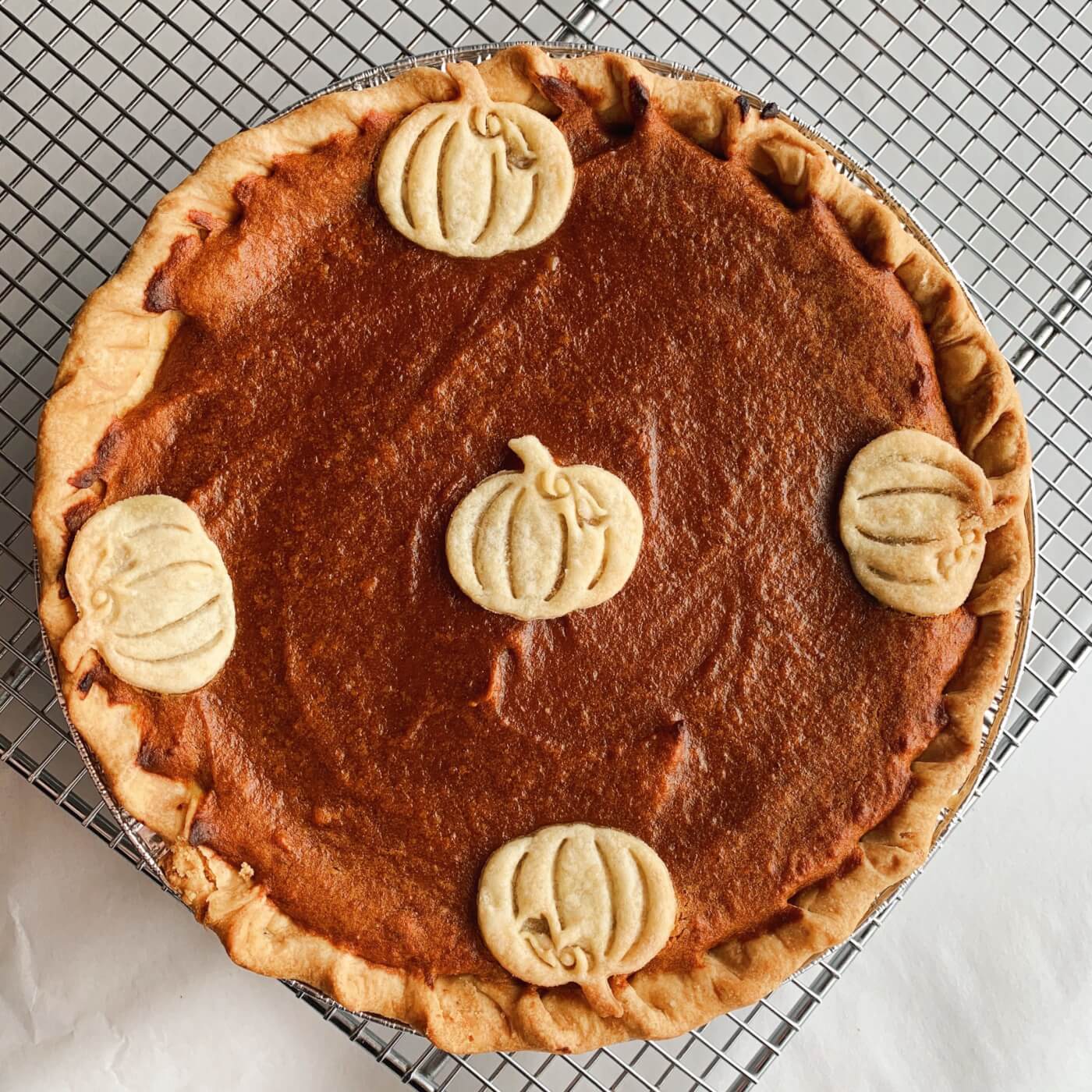 A unique take on a pecan pie, this tart is raw, vegan, and full of rich flavors. It’s made with dates and a sweet and salty pecan walnut crust, with shredded coconut and a dash of cinnamon. Order yours at the café in person or call ahead. 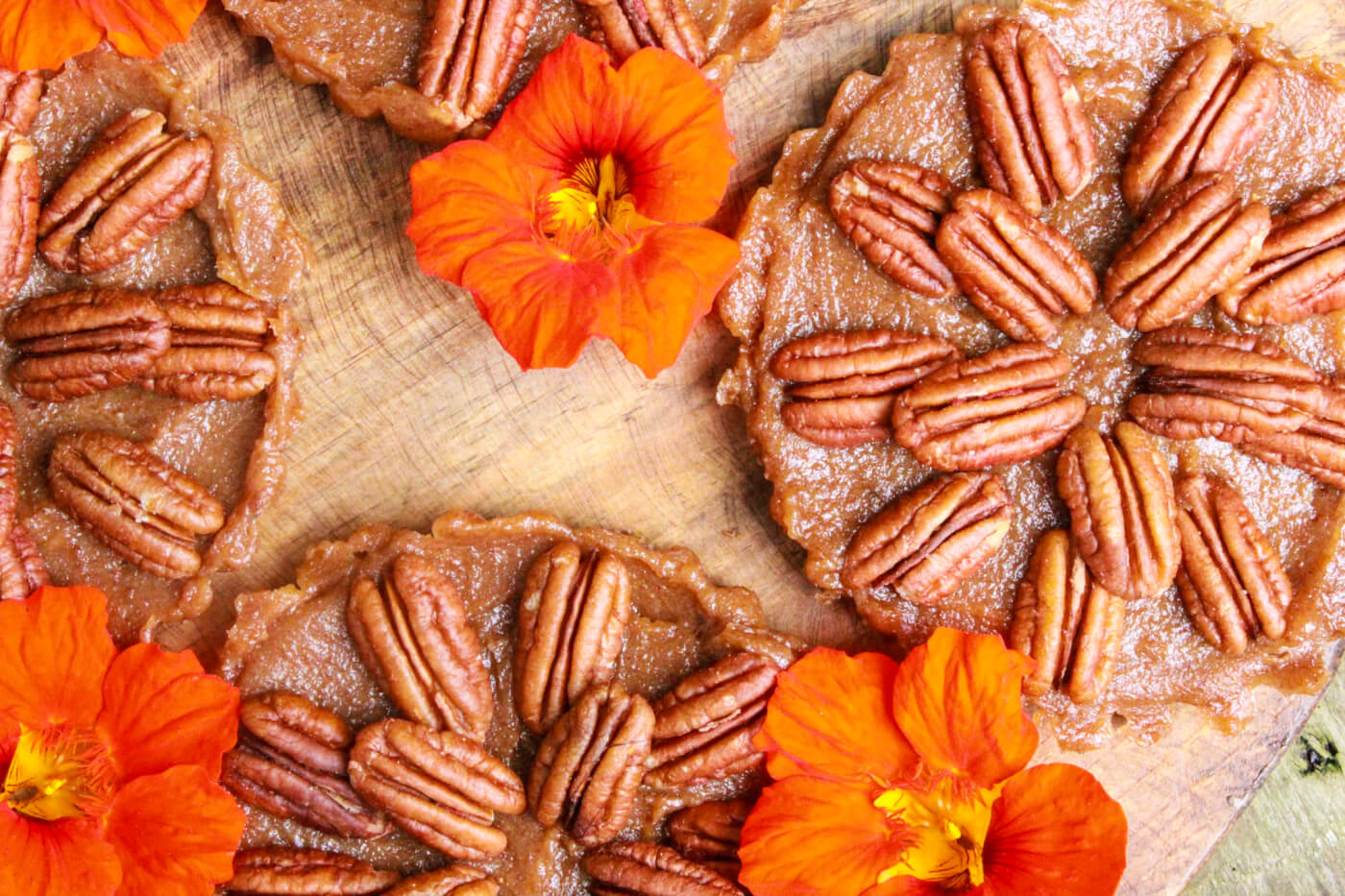 This vegan Spiced Pumpkin Pie is a blend of puréed pumpkin, tofu, and soy milk, which gives it a perfectly creamy texture without eggs or cow’s milk. Its flavors shine, thanks to a splash of vanilla and rum and a mixture of cinnamon, ginger, nutmeg, and allspice. It’s baked to perfection in a homemade vegan pie crust. Corina Bakery also offers a selection of vegan pies available year-round, including marionberry, strawberry rhubarb, and peach Melba. 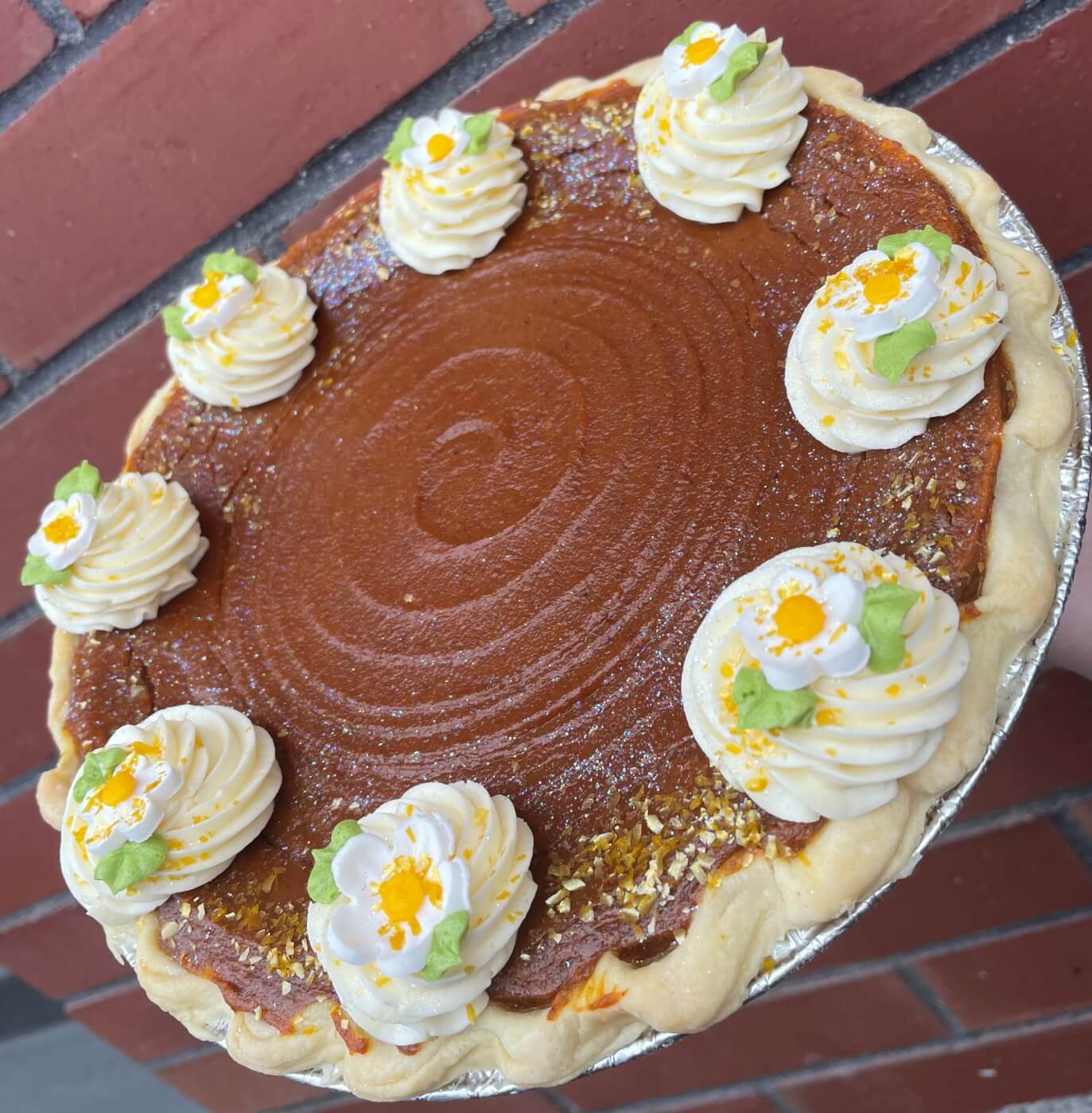 Peach Pie with a Crumble Top from Col’s Kitchen

This Peach Pie features a filling of local New Hampshire peaches tossed in sugar, cinnamon, nutmeg, cardamom, and a locally made bourbon. It’s all topped with a scrumptious streusel. Enjoy it warmed with a scoop of vegan ice cream from local Sweet Tree Creamery or in one of Col’s famous pie shakes. The restaurant offers five other whole vegan pie options for Thanksgiving, including blueberry, cherry, apple, pumpkin, and pecan. 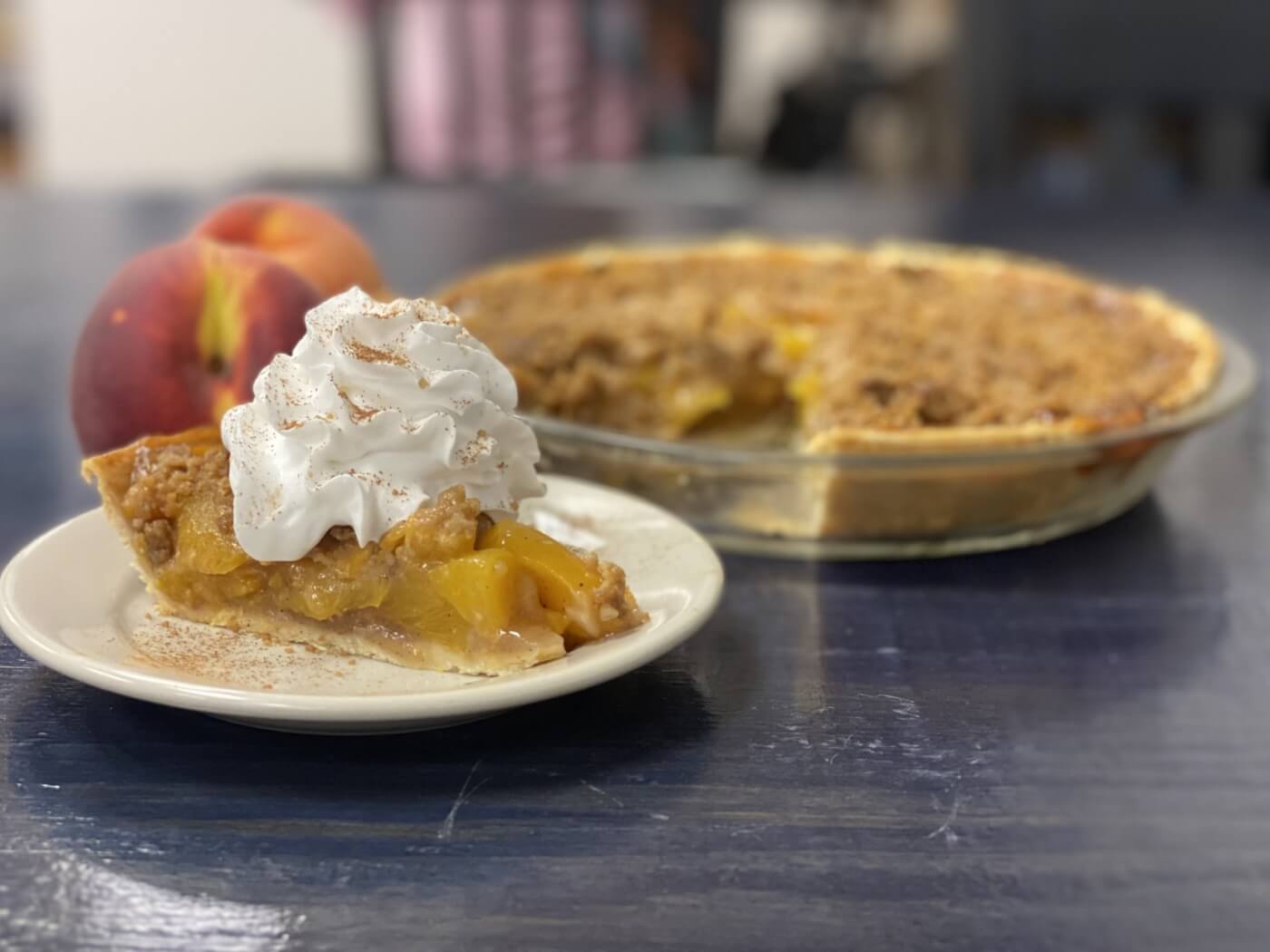 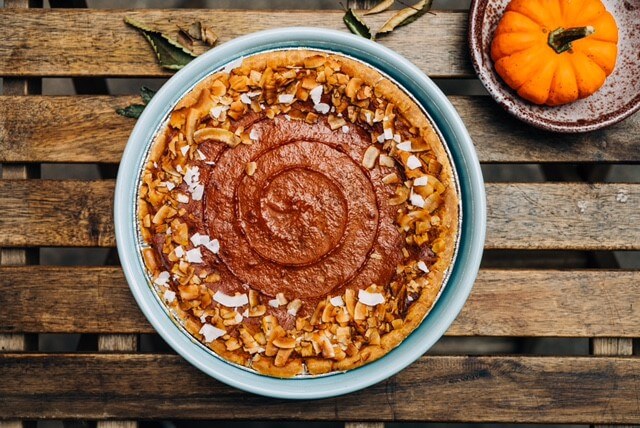 This rich pie features a combination of dark chocolate and oat milk in a flaky crust, topped with a lightly sweetened whipped cream made with aquafaba (the magic liquid from a can of chickpeas!). Other vegan pie options at Bonafide Bakeshop & Cafe include apple streusel, double crust apple, chocolate cream, pumpkin, and bourbon pecan. Order by November 19 for Thanksgiving pickup. 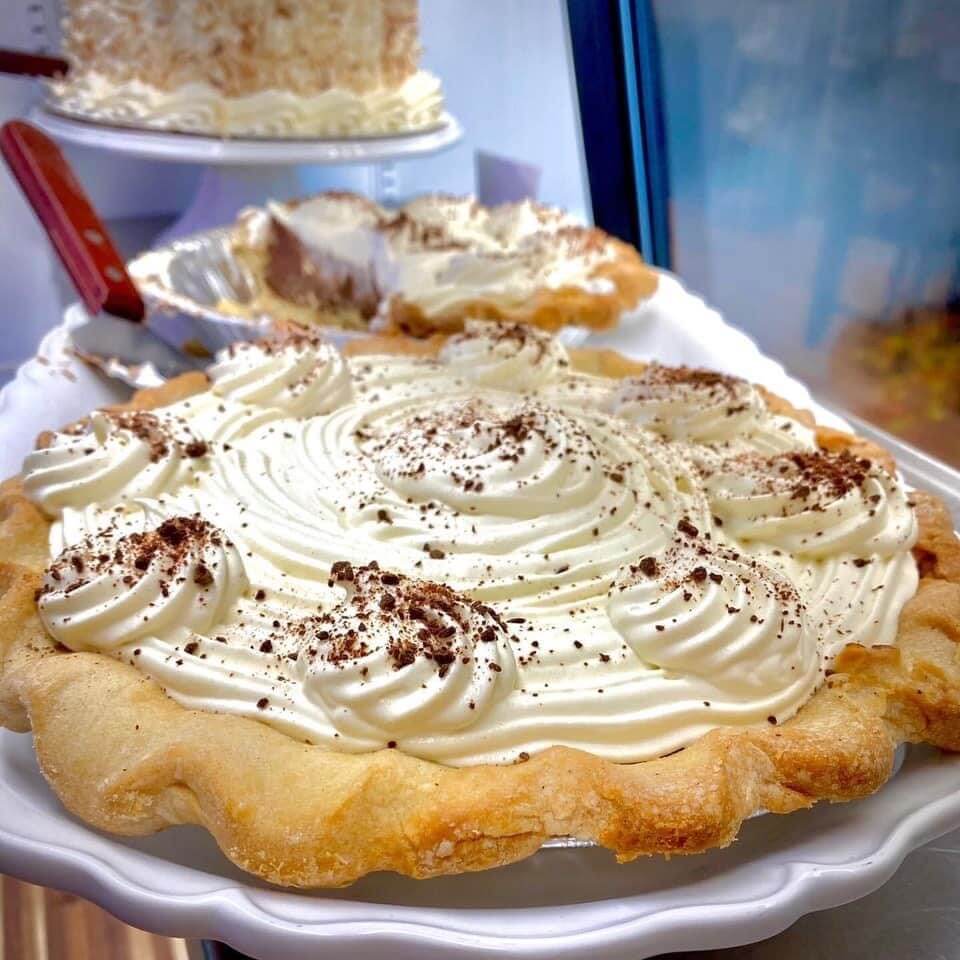 If you live near any of these bakeries, swing by and pick up one of these pies to share with your family this Thanksgiving. If you don’t live near one of our winners, don’t fret! Many bakeries (and almost all grocery stores) offer tasty vegan options for conscientious customers—and some even ship nationwide. Ask your local bakery to carry some animal-free options if it doesn’t already, or if you prefer to make your own pie at home, try one of our recipes. 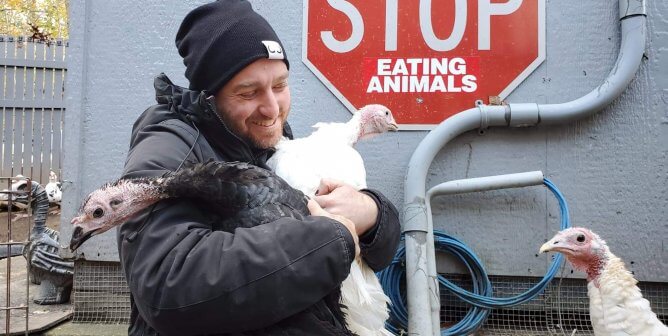 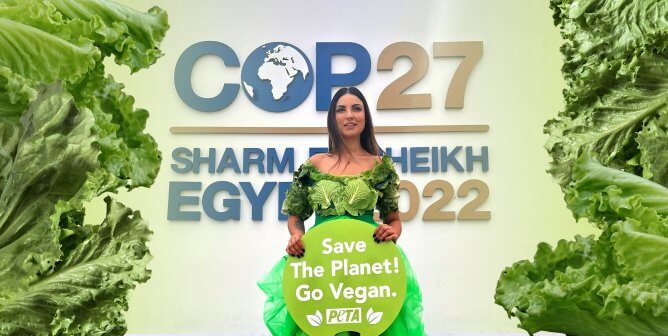