As habitat preservation and wildlife conservation have become more important worldwide and more popular in the mainstream media, many people have seized the opportunity to make a living by portraying themselves as “ambassadors” for wildlife. Many of these “wildlife warriors,” such as Jack Hanna, Jarod Miller, Jim Fowler, and the late Steve Irwin and Marlon Perkins, have based their celebrity status on showcasing wild animals in film, television, magazines, and other forums. Although their supposed message-emphasizing habitat protection and endangered species conservation-is often right on target, their actions are often quite contradictory.

While these warriors claim to educate the world about the plight of wildlife and the importance of protecting animals whom we share the planet with, any positive message is lost when the presenter exploits and harasses the very animals who are meant to be protected. Hauling animals to television studios or ambushing an alligator with ropes, duct tape, and a camera crew compels people to approach wild animals themselves or—even worse—purchase one to keep as a “pet,” thereby fueling the cruel exotic-animal trade.

These celebrities’ work becomes more about showboating egos and titillating audiences at the expense of animals than about education. Does the public really need to see someone dragging a frightened snake out of a hole and flailing the animal around on a stick in order to realize how important and morally imperative it is to respect and protect that animal? 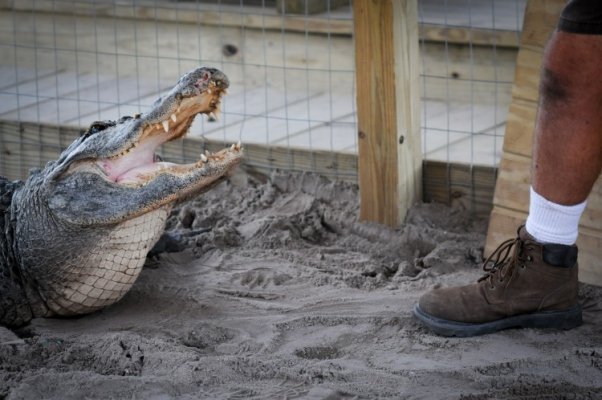 Appearances on television talk shows and at conferences and community events subject animals-including babies who should be with their mothers-to completely unnatural and stressful environments. Many celebrity wildlife exhibitors use animal suppliers and assistants with poor records of animal care. Self-professed wildlife warriors make their livings by harassing and mishandling animals who are minding their own business in their natural environments. Animals’ homes are invaded, their nests and dens are disrupted, and they are dragged by their tails, netted, roped, and forced to endure physical invasion of their personal space as the exhibitors jump on them and wrestle them to the ground.

True wildlife experts, such as Jean-Michel Cousteau, frown upon the idea of hauling exotic animals around in an endless parade of shows and exhibits and disturbing animals in their natural habitats. Cousteau stated that Irwin would “interfere with nature, jump on animals, grab them, hold them, and have this very, very spectacular, dramatic way of presenting things. Of course, it goes very well on television. It sells, it appeals to a lot people, but I think it’s very misleading. You don’t touch nature, you just look at it.”

PETA commends those true wildlife warriors who work daily to educate the public about wildlife conservation and to protect the habitats of our wild-animal friends, all while giving them the privacy and the space that they need and deserve. 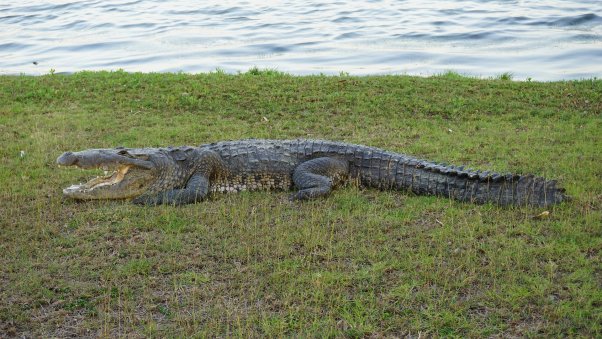 Take Action for Animals in Entertainment
What PETA Really Stands For