PETA’s logo is a bunny—and for good reason. Rabbits are exploited for the following: 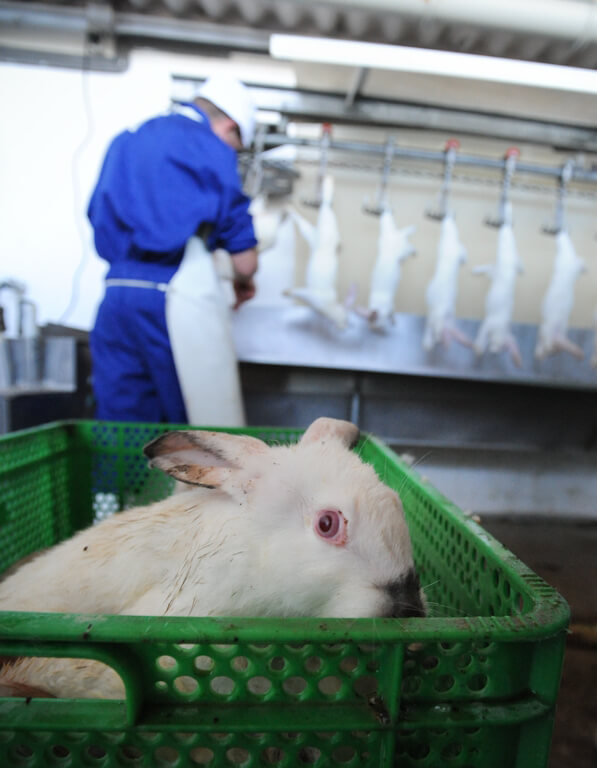 Her neck is slit, and she is hung upside down so that the blood can drain from her lifeless body. 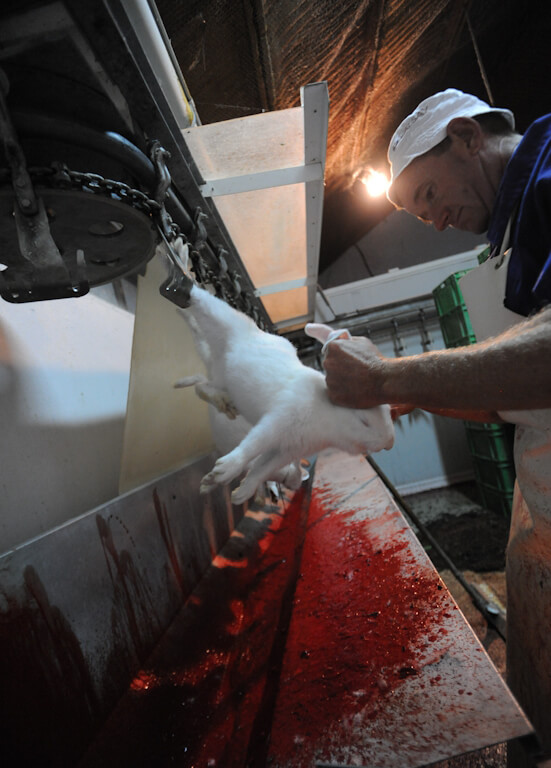 No lives are spared. 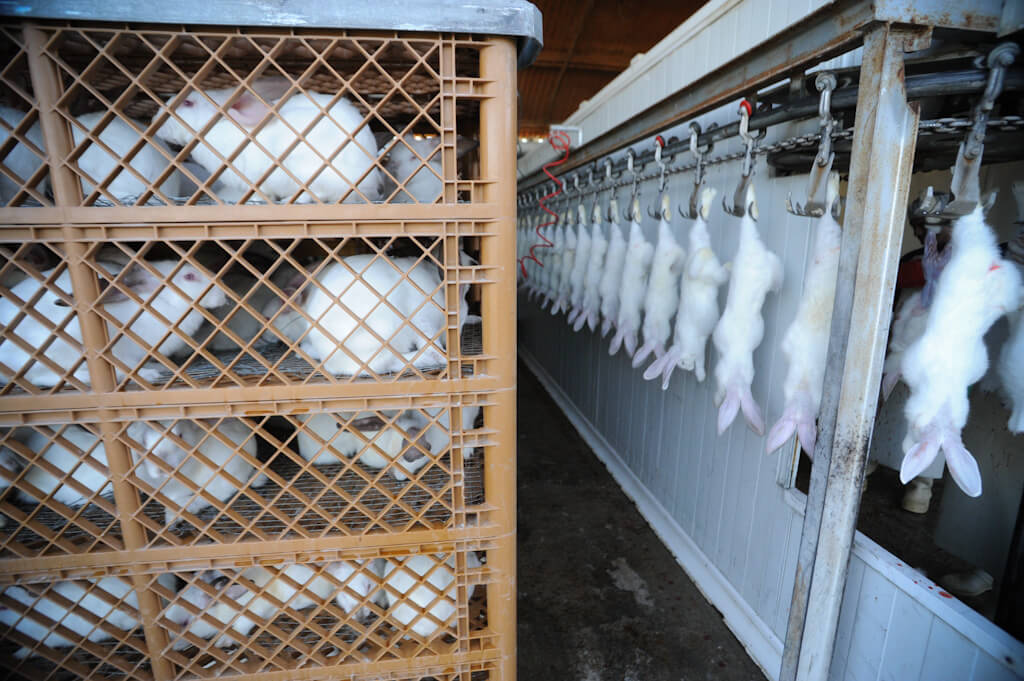 After all the torture that these vulnerable animals endure, their bodies are turned into a product for human consumption. 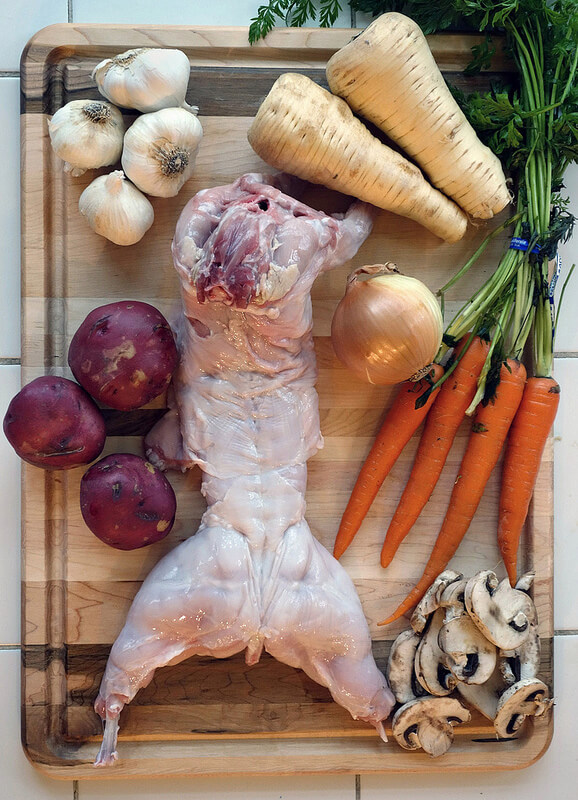 Rabbits are strapped down, and their fur is ripped from their sensitive skin. 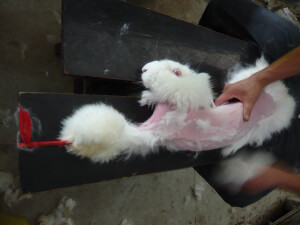 Workers repeatedly rip the fur out of this rabbit’s back.

More than 160,000 rabbits are abused in U.S. laboratories every year.

Dishwashing liquid, drain cleaner, and other substances are dripped into their eyes, often causing redness, swelling, and discharge. 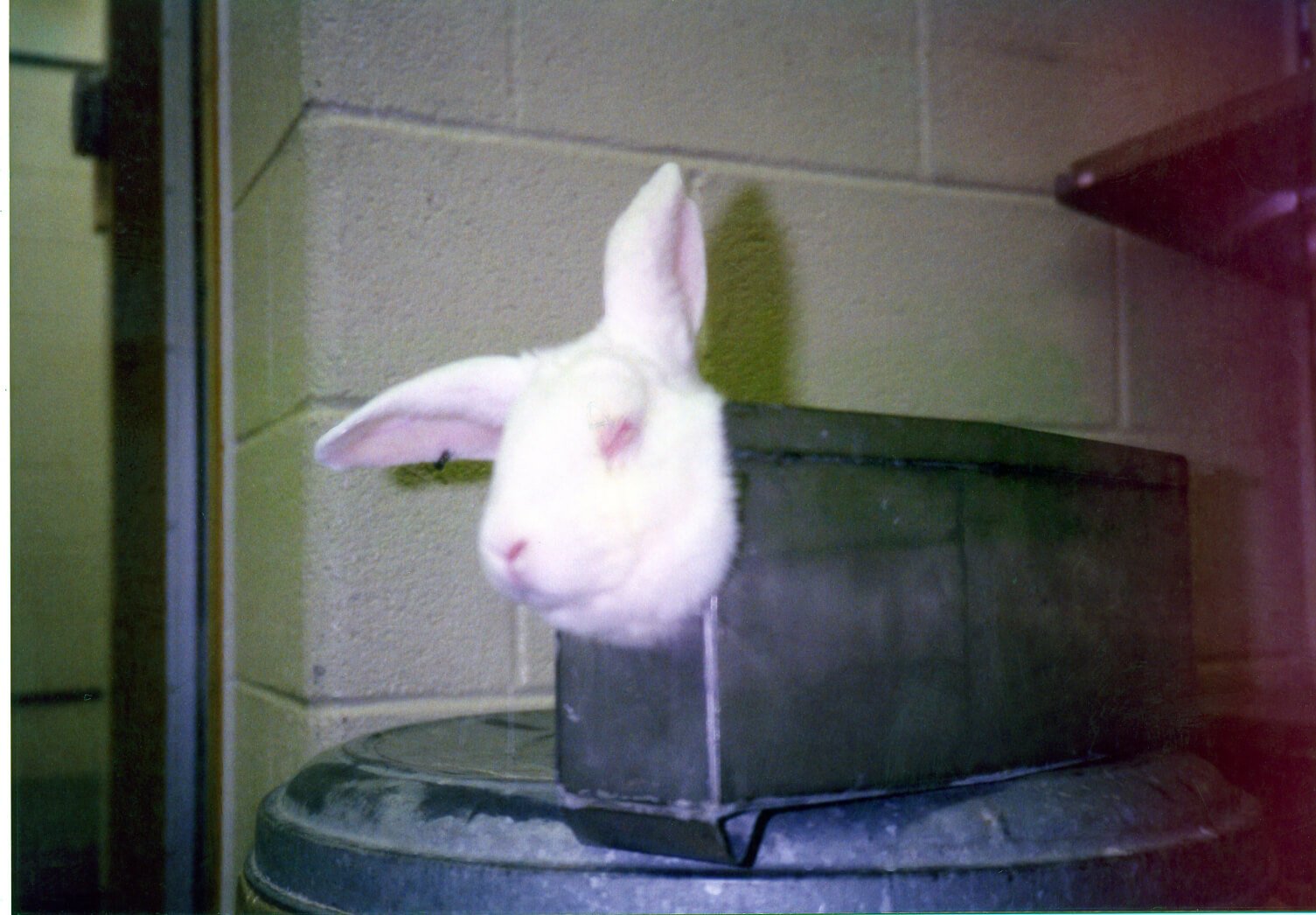 And as if that weren’t enough, more invasive tests are even conducted on them. 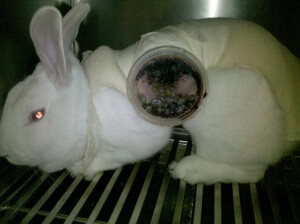 They’re tortured mercilessly in the name of science.

Rabbits given as gifts for Easter, used as props in photo shoots, or forced to perform in magic shows are often discarded and can end up in places like this:

A hoarding facility known as Bunny Magic masqueraded as a “no-kill” sanctuary.

From having their throats slit after being hung upside down so that they can be eaten to having their fur repeatedly ripped out of their backs, rabbits often suffer horribly at the hands of humans. They are some of the most abused animals on Earth.

Spread the message that rabbits, like all other animals, are not ours to experiment on, eat, wear, use for entertainment, or abuse in any other way:

Remember: Bunnies can have a hoppy ending if you help them!