It’s a whinny for horses in Palma de Mallorca! The Spanish city’s council has announced a ban on horse-drawn carriages that goes into effect in 2024, with the intent to replace all horse-drawn carriages in the city center with electric carriages. This decision came after the appeals of over 80,000 PETA U.K. supporters and after other pro-animal advocates stood up against the archaic tradition, which forces horses to pull heavy carts for tourists on extremely hot, crowded streets.

Palma is joining many other cities—including Chicago and Salt Lake City—that have taken a stand against this cruel industry by either banning or restricting horse-drawn carriages. Keep reading to see which cities are paving the way. 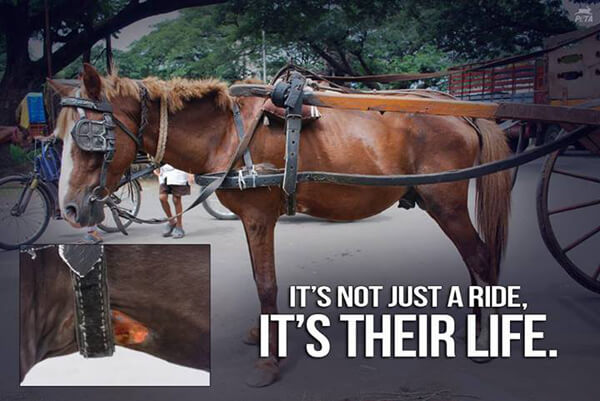 In 2017, the Breckenridge Town Council passed an emergency ordinance preventing anyone from regularly operating a horse-drawn carriage business on the town’s streets and highways.

In 2020, Chicago became the largest city in the U.S. to institute a ban on horse-drawn carriage rides, which took effect in 2021. This victory came after a strong push from Chicago Alliance for Animals (CAA), which had also led to 334 citations for violations in one year for the city’s horse-carriage operators, including for regularly working horses more than double the time that the law allowed and forcing them to work in temperatures above 90 degrees.

PETA supported CAA every step of the way and honored its executive director, Jodie Wiederkehr, with a Hero to Horses Award.

Horse-drawn carriages are set to be banned from Melbourne’s central business district.

In 2020, Montréal’s ban on horse-drawn carriage rides took effect. The ban was passed after an episode in 2018 in which a horse dropped dead mid-tour, among other incidents.

Prague will ban the two most popular horse-drawn carriage stands located in the city’s tourist hotspots—Old Town Square and Stromovka park—by 2023! This progressive move will help overworked horses who are forced to pull heavy carriages for hours on end for the tourism industry.

In 2014, the Salt Lake City Council voted unanimously to ban horse-drawn carriage rides after an incident in which a horse collapsed in front of tourists and later died, which was followed by action from PETA and more than 30,000 supporters in favor of the ban.

These other municipalities have also moved to protect horses in the carriage industry:

Horses are social animals who foster important relationships with their family members—mothers even sing “lullabies” to their young to soothe them. They don’t want to be overworked or even worked to death in the horse-drawn carriage industry. Urge the New York City Council to pull the plug on horse-drawn carriage rides altogether:

Take Action for Horses in NYC! 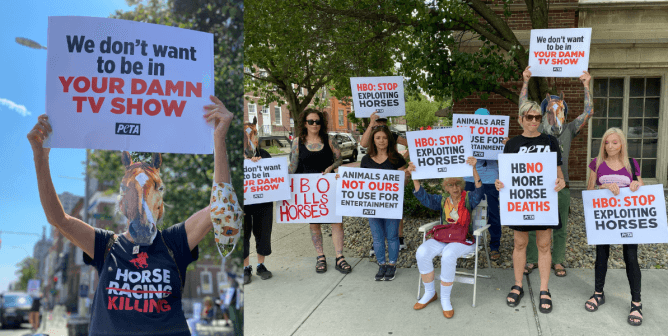