Update: The Salt Lake City Council has unanimously voted to ban cruel and dangerous horse-drawn carriages. During the debate, PETA supporters pointed out that horse-drawn carriages had been involved in dozens of accidents around the country in recent years and that more than 30,000 people had signed a petition in support of a ban.

Salt Lake City’s Carriage for Hire—the city’s only horse-drawn carriage company—has gone bust. The business folded just over a year after a horse named Jerry collapsed while pulling a carriage in 97-degree heat last August. He was so weak that he couldn’t get up, so his handlers tied ropes around him, dragged him to a trailer, and carted him back to the barn. Despite the company’s efforts to cover up the incident, it was finally forced to admit that Jerry later died. 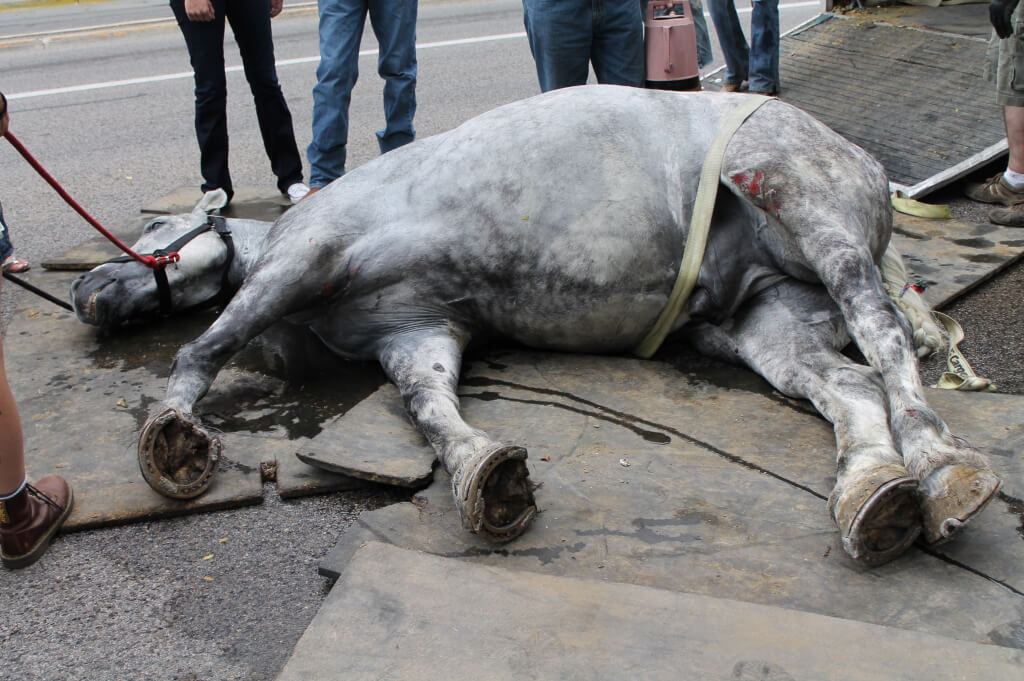 PETA had pressured the City Council to outlaw the cruel and dangerous rides, but the council was one vote shy of passing an outright ban, although the city did agree to strengthen oversight of the industry. We protested the industry every weekend during the busy holiday season, from Thanksgiving through the new year.

“I personally believe PETA pushed them out and from what [the owners] were saying on the phone, it sounded like it was a push-out.”

It’s high time for these cruel and archaic rides to come to an end. Watch out, New York City! You’re next.