Many people who care about animals are familiar with the tragic case of Lolita, an orca at the Miami Seaquarium who was torn away from her mother and has been confined to the smallest tank in North America for almost half a century.

Palace Entertainment, the company that owns that facility, also subjects dolphins, seals, sea lions, sharks, rays, and fish to similarly wretched conditions at the Sea Life Park aquarium on the island of Oahu in Hawaii.

Don’t imagine for a second that these animals are enjoying Hawaii’s lush tropical environment. Records obtained by PETA in response to a Freedom of Information Act request reveal that the animals there are dying at an alarming rate, and many are sustaining bruises, lesions, and rake marks, typically caused by aggressive interactions. Some are overweight, while others are losing weight. The neglect is deeply entrenched.

Wasting Away in ‘Paradise’

More than a decade ago, the U.S. Department of Agriculture (USDA), which is tasked with enforcing the federal Animal Welfare Act, filed an official complaint against the aquarium for routinely failing to provide ailing animals with veterinary care and failing to maintain the facility in a good state of repair. The park failed even to employ an attending veterinarian. Records were essentially nonexistent, and the subpar veterinary care led to the deaths of a dolphin, two seals, and a whale. Although that case was settled, conditions at the facility remain grim.

One delicate procedure that is sometimes carried out at the park is a fetotomy, the dissection of a dead fetus still inside the mother’s womb, which clearly requires a veterinarian with prior experience of the operation. According to released notes, when a dolphin named Laukani was about to deliver a deceased near-term calf after three days of labor, Sea Life Park’s attending veterinarian at the time contacted a local veterinarian and asked her to be on call for the procedure. She described the conversation:

The local veterinarian reported that Laukani herself ultimately died in labor:

I arrived at Sea Life Park at approximately 8am at which time I found Laukani and her partially protruding calf dead. I contacted [the attending veterinarian] and he said I would need to perform a necropsy. I made [him] aware I had never performed a necropsy on a dolphin before and I would need assistance. [He] said he would walk me through the necropsy via telephone, which he did.

The callous disregard for the well-being of Laukani and her baby was noted by the USDA inspector: “At no time during her travail did she receive any on-site veterinary examination or treatment.”

Over and over again, the USDA has cited Sea Life Park for not providing animals with shade from the scorching sun. The aquarium continued to fail to do so even after the agency issued an official warning.

Specific details about what befalls animals at this facility paint a depressing picture. A “very old” harbor seal named Makanui was “wasting away over the last few months” and “frequently regurgitate[d].” Yet instead of ending her misery in a timely manner, staff debated “whether to allow her to continue wasting away or to intervene with euthanasia,” before finally ending her life.

Staff also recommended treating a turtle’s damaged shell with a grinder and fiberglass patches. The turtle was likely injured, according to the records, when he “was repeatedly pushed back into the water while hauled out.”

In many other cases, details are lacking. A sea lion drowned after sustaining trauma, and a dolphin named Puna received facial wounds in a “gate incident.” Another dolphin, Poliahu, died after suffering from chronic regurgitation—she regurgitated up to 15 times during her training sessions, and the pathology report indicated “[n]umerous ulcers” that were “likely due to stress or trauma.”

Two stingrays died—one after the pump failed and the water became tainted and the other from septicemia—and both had lesions from suspected trauma.

A Visit by a Veterinarian

In 2015, Dr. Heather Rally, a veterinarian for the PETA Foundation, visited Sea Life Park and documented numerous animals in deplorable conditions. She noted that at least three hammerhead sharks had extensive scarring and some open wounds. A number of tropical fish appeared to have fins that were shredded, ragged, and knobby in some places, a sign of trauma or bacterial or fungal infections, which are linked to physical and environmental stress.

She observed a dolphin who floated motionlessly in isolation in a tiny tank, another who was used in shows and lay listless at the surface of the pool, and a third who exhibited the abnormal behavior of flipping upside down and rubbing her head on the bottom of the tank. The animals had rake marks and scars all over their bodies.

She also saw a sea lion swimming obsessively in circles and another suckling on her own fur, both of which are signs of mental illness.

Never visit marine parks, zoos, or aquariums that keep ocean animals in captivity. Hawaii is a dream destination for many travelers. Should you take a trip to these lovely islands, please keep Sea Life Park out of your plans. 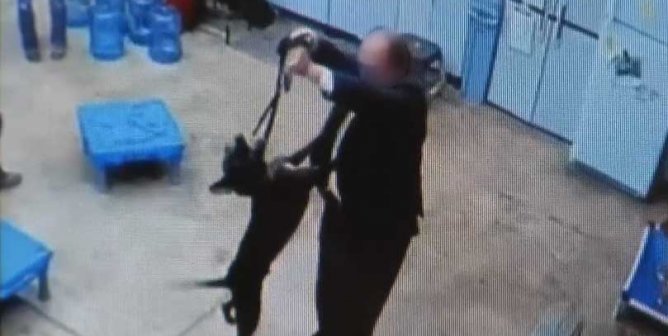