As one of the stars of the Twilight Saga and The Walking Dead, Christian Serratos is used to working with vampires and the nonliving—but she would never wear anything dead. Christian strips down for PETA in the name of animals and is telling her fans, “I’d Rather Go Naked Than Wear Fur.” 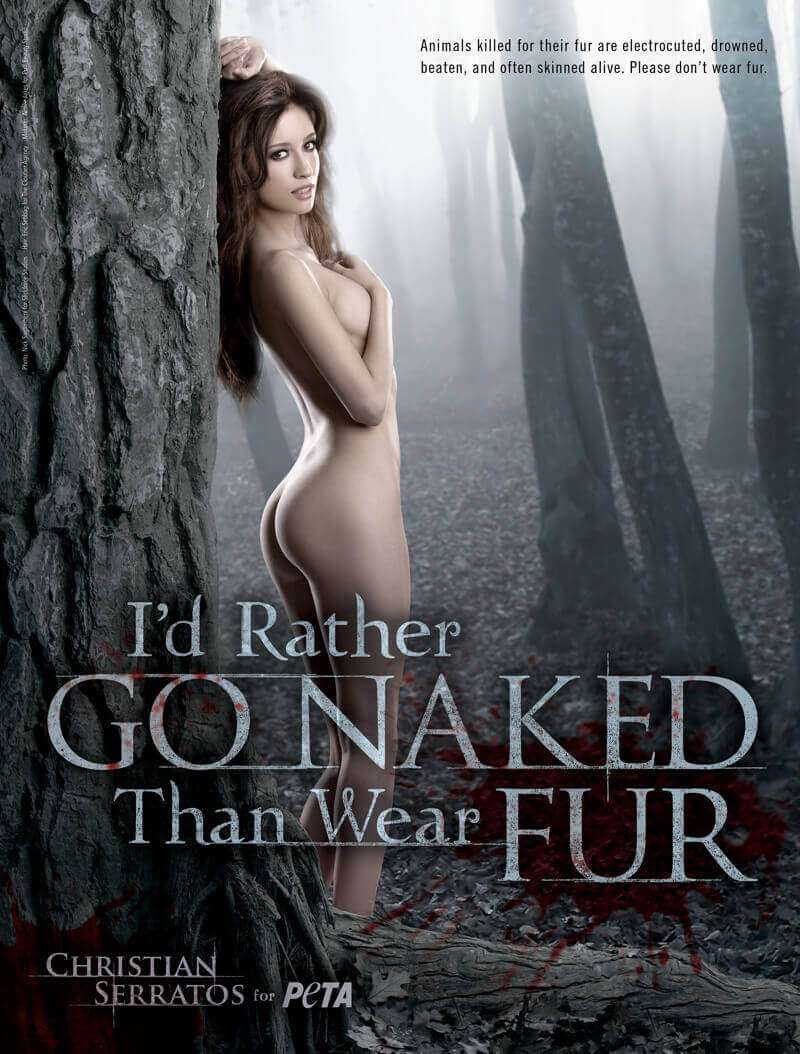 Each year millions of animals are killed for their fur. Rabbits, foxes, minks, dogs, cats, chinchillas, and other animals are bludgeoned, strangled, drowned, poisoned, stomped to death, or electrocuted, or they have their necks broken, all in the name of fashion. Many are even skinned alive.

In the wild, animals can suffer for days in steel-jaw traps before they are killed. Animals raised on fur farms spend their whole miserable existence in tiny, wire cages where they are exposed to all weather extremes.

Christian, who also posed for PETA’s “Save the Seals” celebrity ad series, told us, “I’ve always been opposed to slaughtering, eating, wearing carcass.” Check out behind-the-scenes footage from Christian’s photo shoot and find out what else she has to say about animal rights.