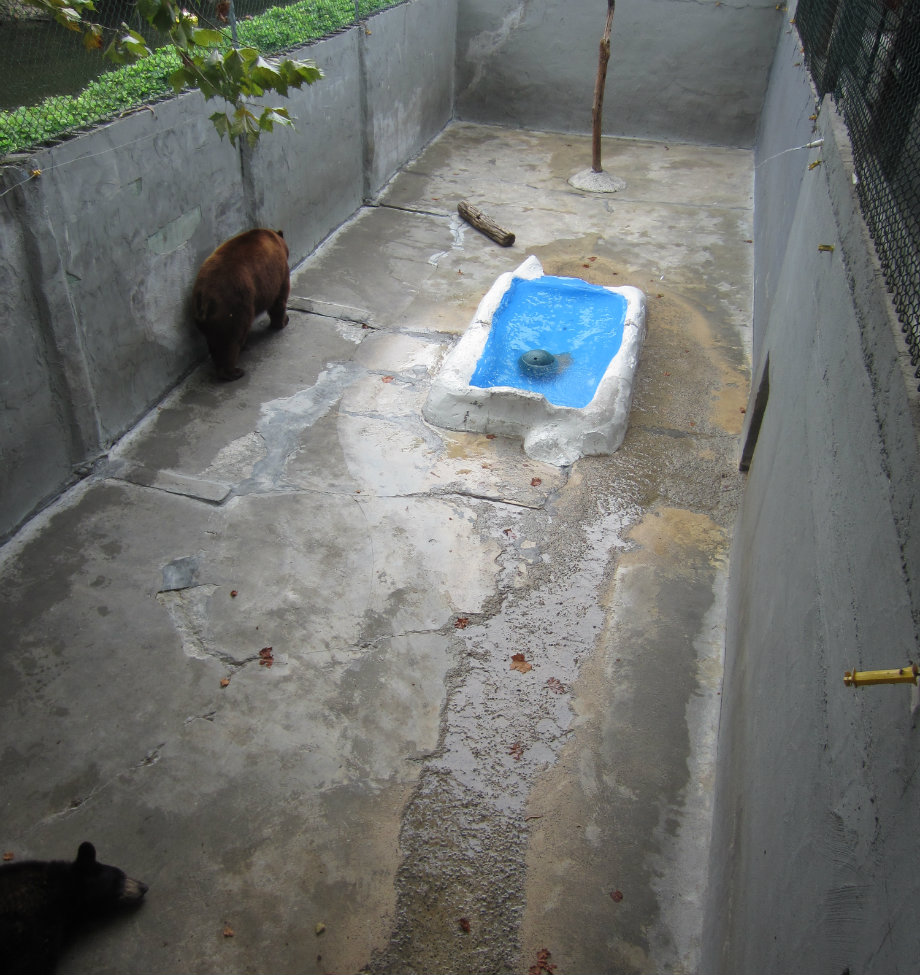 CSBP deprives Rusty and Bettie of all that is natural and important to them in this desolate pit. Rusty is trying to mate with Bettie, causing constant anger, aggression, and stress. 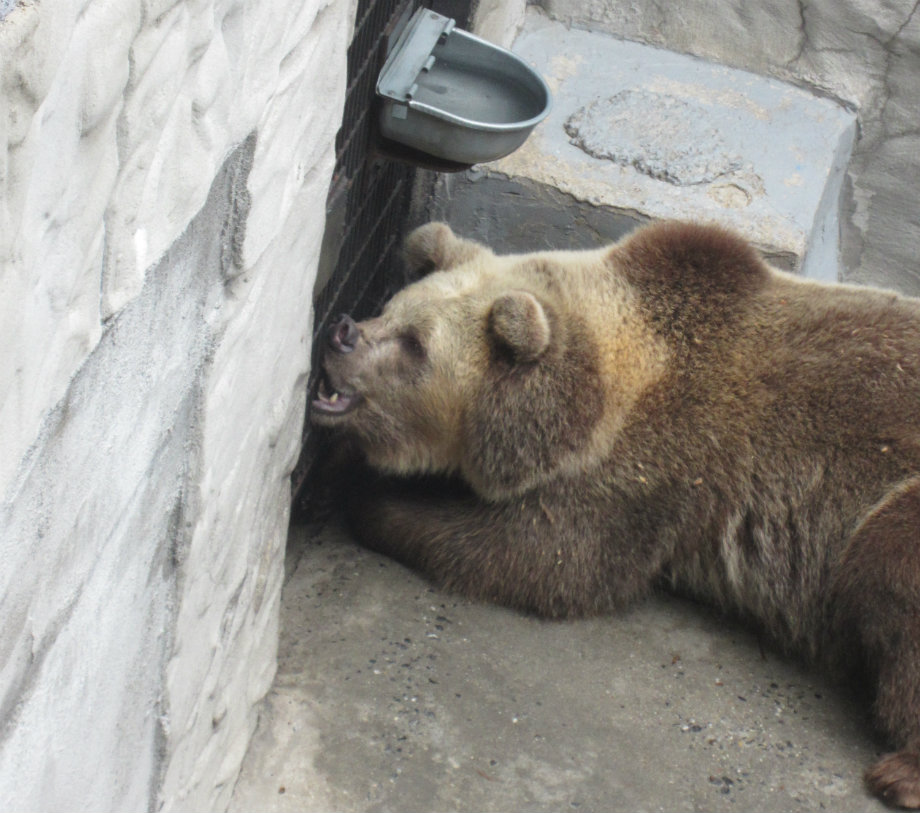 Biting metal in boredom and frustration

Bettie and other bears at CSBP “sit there and bite … metal,” according to their keeper, breaking their teeth. An expert attributed this behavior to the substandard environment at CSBP. 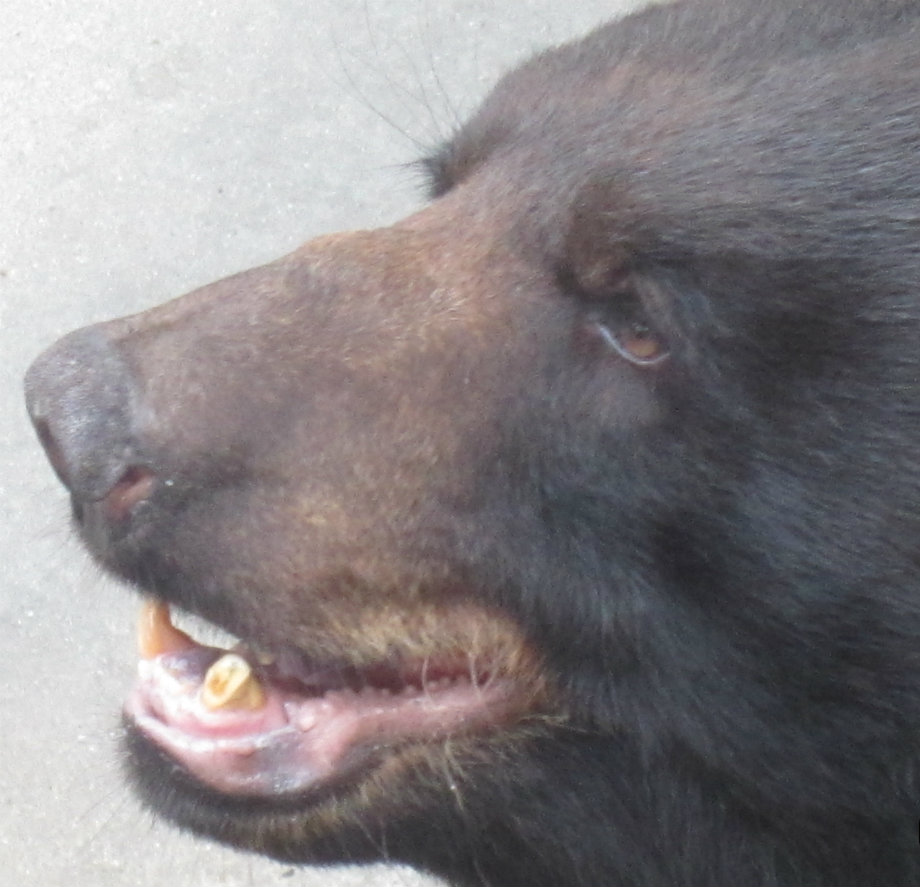 A CSBP worker admitted that Puddin’s lower left canine tooth is cracked. Broken teeth can lead to severe pain, infection, bone disease, and even death if not cared for by a veterinarian. 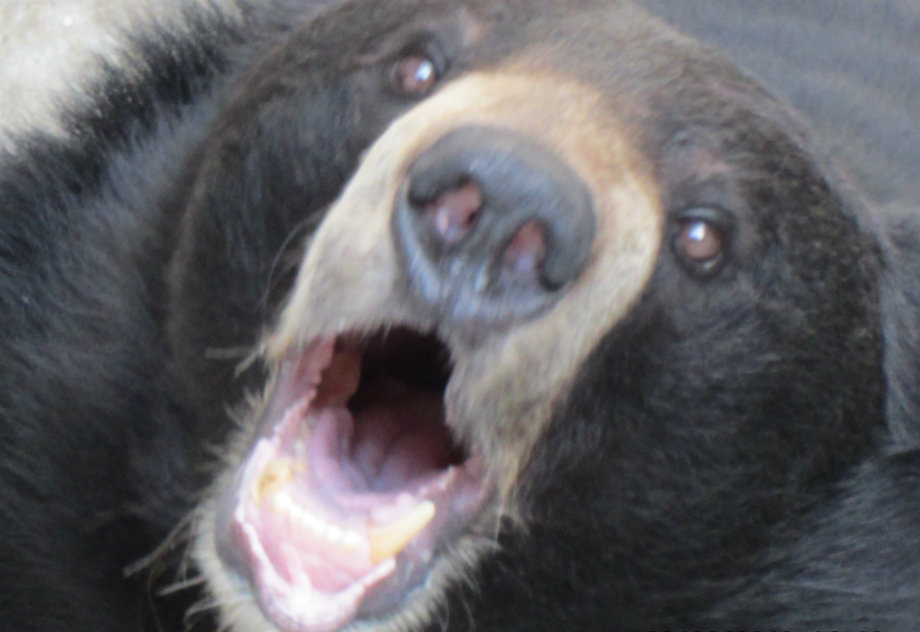 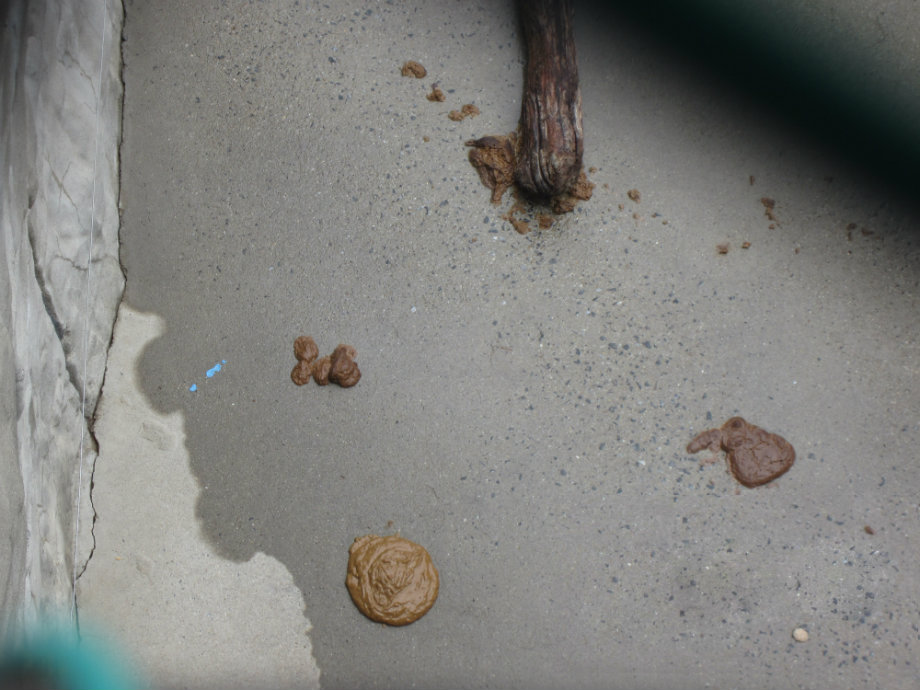 PETA’s investigator often found loose stool in the pits. A veterinary expert told PETA that the stool was worrisome and required testing for parasites and a review of the bears’ diet. 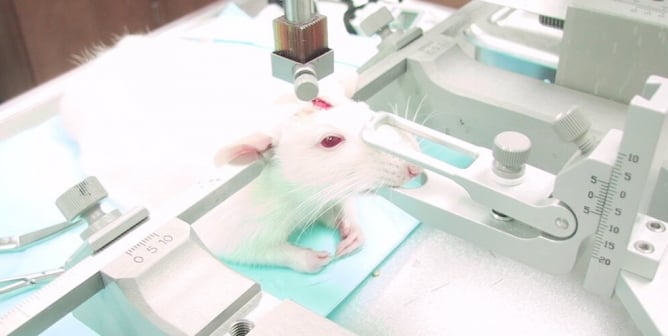