Amanda Clark started The Sanctuary Project to help connect people to animals who are used for meat. How does she do it? Through breathtaking, up-close-and-personal portraits of rescued animals. 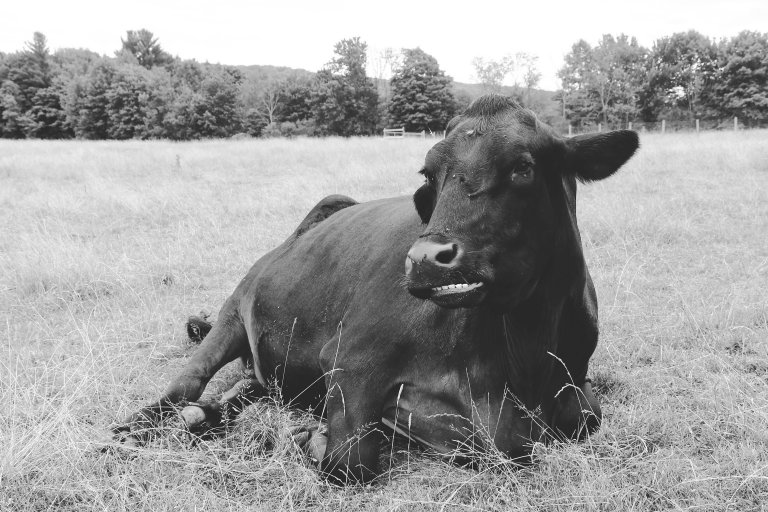 The Pennsylvania-based photographer went vegetarian in high school after a friend showed her PETA’s “Meet Your Meat” video. A few years ago, to prepare for her visit to Farm Sanctuary in Watkins Glen, New York, she did some in-depth research on the meat, dairy, and egg industries. After learning that part of the sensitive beaks of chickens raised for eggs is cut off and that cows used for milk are repeatedly impregnated, only to have their beloved calves torn away from them a day after birth, Clark went vegan.

The time that she has shared with rescued animals has played a huge role in her commitment to living a cruelty-free lifestyle. But not many people have had personal experiences with these kinds of animals, and she believes that’s why it’s easy for them to adopt an “out of sight, out of mind” attitude about the cruelty that animals endure in the meat, milk, and egg industries. She hopes to connect people to chickens, cows, pigs, and other animals through photography and to show them that every animal is an individual with a distinct personality. 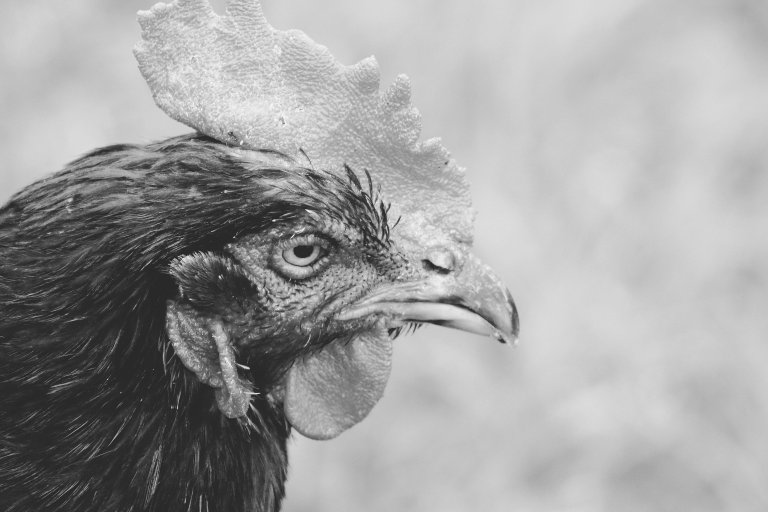 Those personalities were on full display when Clark first visited Farm Sanctuary. Some of the pigs, she recalls, loved tummy rubs. The goats, she says, were friendly and outgoing and would even compete to get visitors’ attention. Now at Farm Sanctuary, you’ll likely find her in deep conversation with Hank, a turkey. She likes to tell him how beautiful he and his feathers are, and he gobbles back in response. 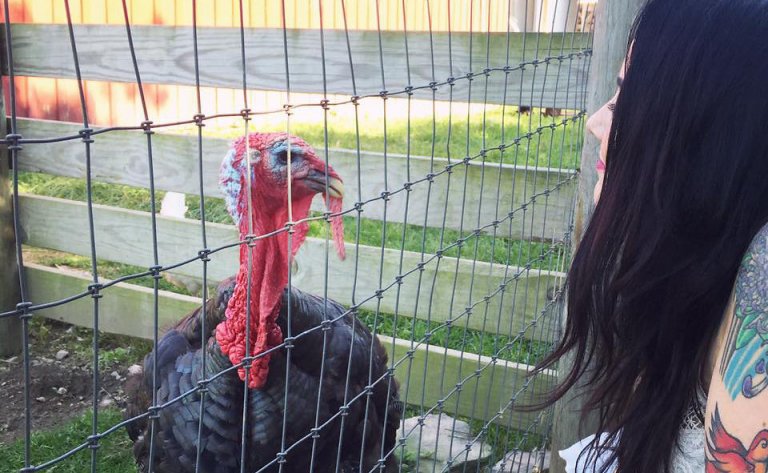 Cows, in particular, Clark says, have always had a special place in her heart. Merlin, a steer she met at Farm Sanctuary, is one of her favorites to spend time with. Although he’s very large, she says that he has a calming presence. Last year, she and her husband even renewed their vows—to celebrate their fifth wedding anniversary—in the cattle field at Farm Sanctuary. Merlin and his friends were in attendance. 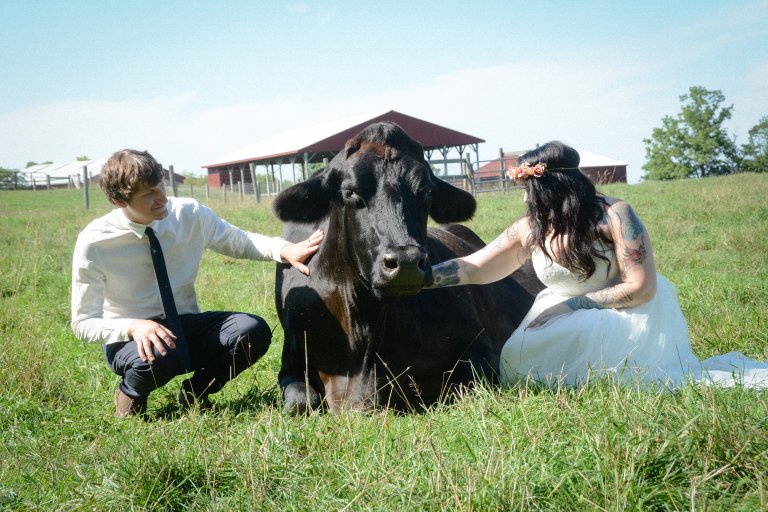 Clark’s passion for both animals and photography is evident in her work. In order to help viewers form a relationship with the animals in her photographs, she makes them the principal focus. She doesn’t want the viewer to become distracted by the red barn in the background or the green leaves in the foreground—she wants the viewer to be drawn to the animals themselves. 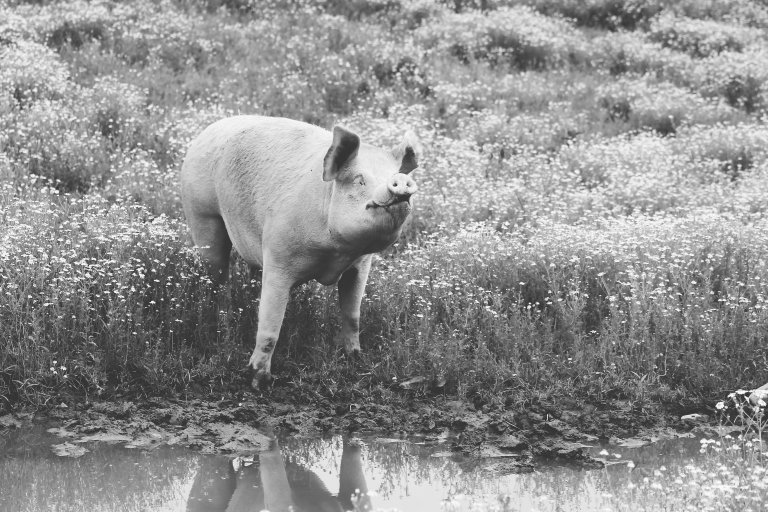 Although she certainly enjoys photographing animals, the part that she treasures most about her visits is the moment when they initially walk up to her and introduce themselves. Many of the animals she visits come from rough pasts, yet they trust her enough to let her into their lives.

Through her photographs, Clark hopes to start conversations among vegans and meat-eaters alike. Although her objective is to convince people that animals are friends, not food, she also sells prints on her website and donates 100 percent of the proceeds to participating sanctuaries. As her project continues to grow, she hopes to visit more sanctuaries, meet and photograph more animals, and continue to show the public that animals are individuals—not food.

Meet the Animals From Farm Sanctuary