After discovering live maggots wriggling in her chicken tenders, an Australian woman called her father in a “distressed state.”

Bill Johnson told a Melbourne media outlet that his daughter found the larvae moving in chicken tenders that they had recently purchased from discount supermarket giant Aldi. Small, off-white specks can be seen wriggling in the split-open chicken tender in the video filmed by Mr. Johnson’s daughter.

According to an Aldi spokesperson, after Mr. Johnson contacted the supermarket, Aldi launched a “high-priority investigation” with the supplier of the chicken tenders.

Maggots are fly larvae, and they need a food source. They are attracted to flesh, “whether it’s meat left in your rubbish bin, or a wound on a human or animal that has not been cleaned properly.” It’s no wonder that they set up shop in chicken and other types of meat, including seafood—which are, of course, rotting flesh. 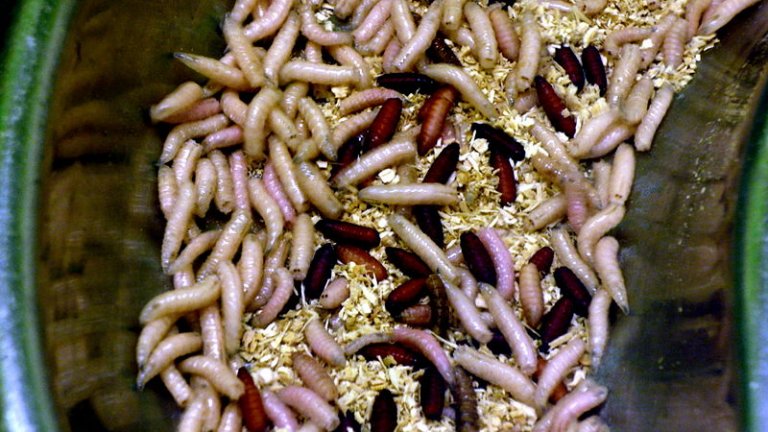 Lost your appetite for chicken? Beware: This incident is not limited to poultry. Worms, bugs, or other gross stuff can contaminate oysters, salmon, beef, pork, and other fleshy fare more regularly than many people suspect.

What Can You Do?

Watch these videos to learn more about avoiding surprise “guests” in your dishes. The best way to avoid maggots—and save animals—is to go vegan, so order your free vegan starter kit today!

SEND ME A VEGAN STARTER KIT