There’s nothing stylish about fur vests, slippers, and capes that animals were beaten, electrocuted, and even skinned alive for. And in San Francisco, it’s even illegal to display new fur products for sale. So why are ContextLogic Inc. marketplaces, including Wish.com, still selling fur items? 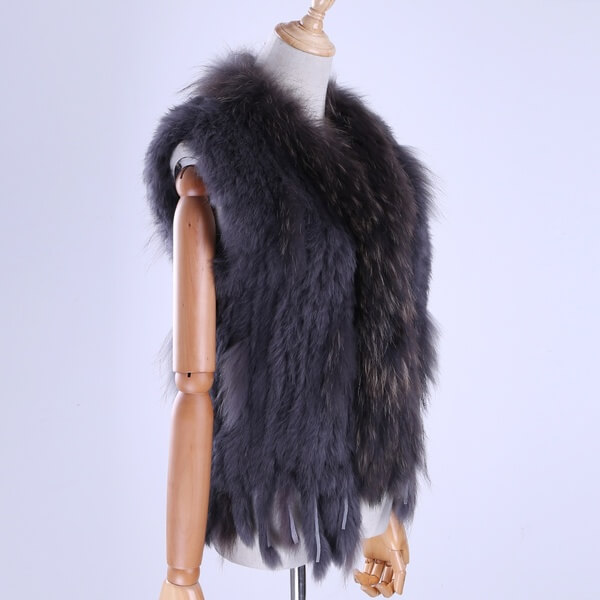 At least one rabbit and one raccoon were killed in order to make this vest being sold on Wish.com. In their natural habitats, baby raccoons learn the ways of the world by imitating their moms, and rabbits “binky” (leap in the air) when they’re happy. But on fur farms, where 85% of the fur industry’s material comes from, raccoons and rabbits are denied their right to be left in peace.

This morning, we sent a letter urging the San Francisco Department of Public Health to investigate ContextLogic—the parent company of online marketplaces Wish, Cute, Geek, and others—for continuing to display fur items for sale across its online platforms in apparent violation of the city’s fur ban. We’ve been attempting to contact the CEO of ContextLogic since 2018, urging him to remove all fur for sale, but we’ve yet to receive a reply.

We’re urging officials to hold this company accountable for its brazen display of fur items, which are not only hideously cruel but whose sale and display for sale is prohibited in the city.

Animals on fur farms spend their entire lives confined to cramped, filthy wire cages. Then fur farmers kill them using the cheapest methods, such as electrocution or suffocation. Others are caught in steel-jaw or body-crushing traps, which slam shut on the animal, often breaking bones, severing ligaments, and crushing organs—causing excruciating pain, sometimes for days. Some animals will attempt to chew off their own legs in an attempt to escape. If they don’t die from blood loss or infection, trappers shoot, strangle, beat, or stomp them to death.

For decades, we’ve exposed horrific cruelty on fur farms around the world, including with a look into fur farms in Russia (above) that revealed a worker beating rabbits over the head with a metal pipe and decapitating them while they were still alive, chinchillas screaming during painful and prolonged electrocution, and terrified animals cowering in wire cages with nowhere to hide and no way to escape.

By continuing to permit fur sales, this is what ContextLogic is supporting.

Don’t be like ContextLogic. Be the hero that minks, chinchillas, rabbits, and foxes—who are cousins of the dogs many of us share our hearts and homes with—deserve. If you see someone wearing fur but don’t speak up, you’re betraying animals subjected to torture. Never be afraid to speak up for animals:

If you know of companies violating San Francisco’s ban on fur sales, we want to hear from you. Please e-mail us at [email protected].