The Go-Go’s have always been pioneers. They were the first chart-topping all-female rock band to write all their own music and play their own instruments. They were also the first celebrities to pose nude for PETA’s “I’d Rather Go Naked Than Wear Fur” campaign. By doing so, they launched the PETA anti-fur effort that’s still one of the most talked-about ad campaigns in history. 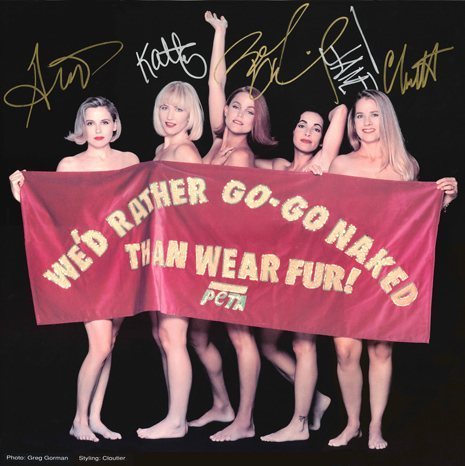 Now lead singer Belinda Carlisle has come up with another innovative way to save animals: She’s giving everyone who becomes a PETA member by July 3 a chance to win a trip to Scottsdale, Arizona, to see The Go-Go’s perform live in concert with the B-52s.

If you’re a PETA supporter but haven’t made the leap to becoming a card-carrying member yet, now is a great opportunity to support our vital work and earn a chance to win a vacation under the sun with some rockin’ animal advocates.

You don’t have to become a PETA member to enter the contest: You can also enter by simply using this link.

No purchase necessary. Void where prohibited by law. Donating will not increase an individual’s chances of winning.