The Go-Go’s were the first all-female band to hit number one writing their own music and playing their own instruments. They were also the first stars to pose for PETA’s iconic “Rather Go Naked Than Wear Fur” campaign. 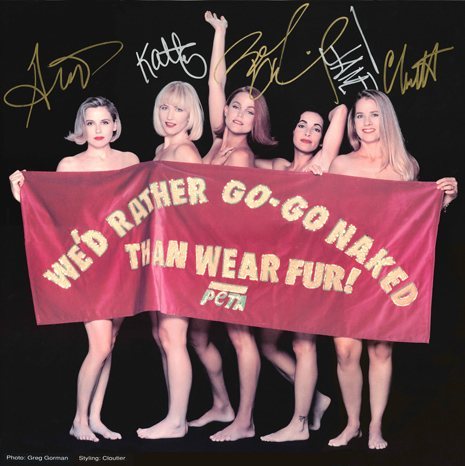 Before the gals kick off their summer 2013 tour, we chatted with vegetarian frontwoman Belinda Carlisle about her passion for animals, her historic work with PETA, and even her favorite foods.

PETA: The Go-Go’s starred in PETA’s very first naked ad. The “Rather Go Naked Than Wear Fur” campaign has since become iconic around the world. Did you have any feeling when you did it that it would redefine the movement, keep animal rights sexy and relevant for decades, and transcend cultures?

Belinda Carlisle: We had no idea at the time that the campaign would be so iconic. We knew it was clever and would get people talking. The campaign is still just as relevant, since fur still unfortunately lines the runways. Everyone loves the campaign, including my son, who’s 21. And I always get asked if we were really naked behind that sign!

PETA: Well, were you? 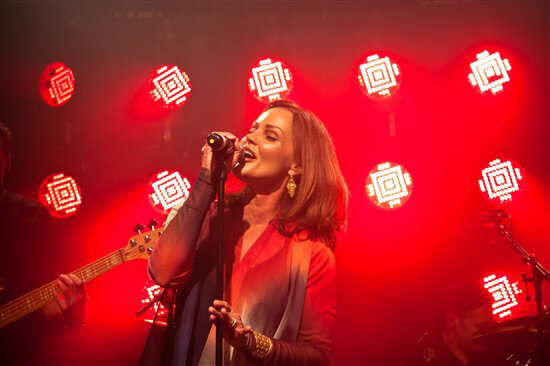 PETA: So tell us how you ended up so committed to living meat-free. You were vegetarian, and then you fell off the wagon for a bit, but you came back for animals. What made you recommit to a vegetarian diet?

B.C.: I fell off the vegetarian wagon and never felt good about it. I wouldn’t let myself think of my plate of meat as an animal, but I knew deep inside it was, and actually it was gross, especially chicken. I was full of shame. Then I started practicing yoga, which is all about nonviolence, and realized eating meat isn’t compatible with that. Now I teach yoga, and I’m so full of pride not to support factory farms and to be socially responsible.

PETA: That’s great! For people reading this who would like to go meat-free but don’t know where to start, what are some of your favorite vegan foods?

Catch the Go-Go’s live this summer.