The storyline of Dawn of the Planet of the Apes, in theaters Friday, might feel familiar to some viewers. 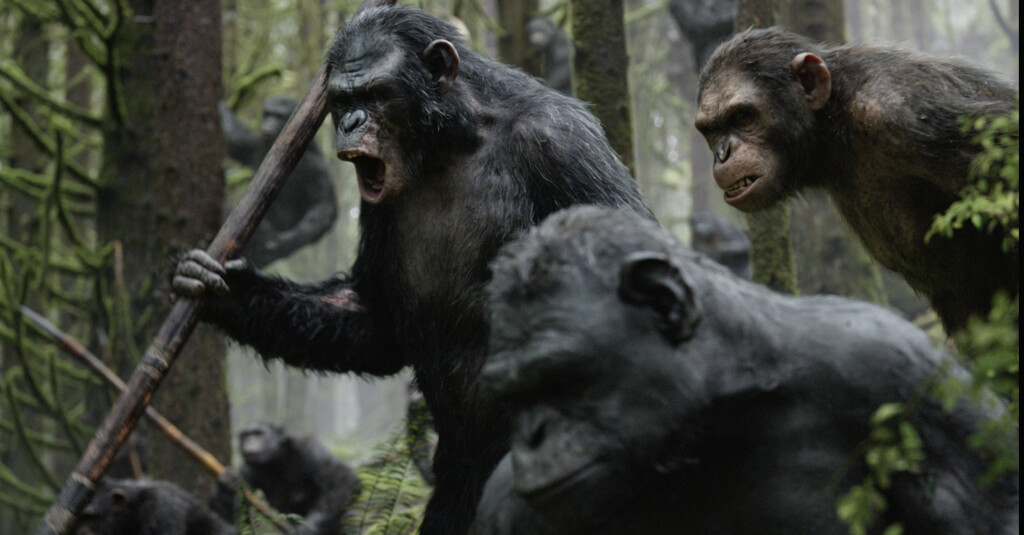 A nation of apes has built a community, a home, and a future. But it’s soon threatened by human interference. The film’s plot isn’t far from reality for the primates who are captured and forced to perform in the entertainment industry. That’s why the team of ape enthusiasts behind Dawn of the Planet of the Apes opted to protect primates and create the movie’s stars using jaw-dropping computer-generated imagery (CGI). 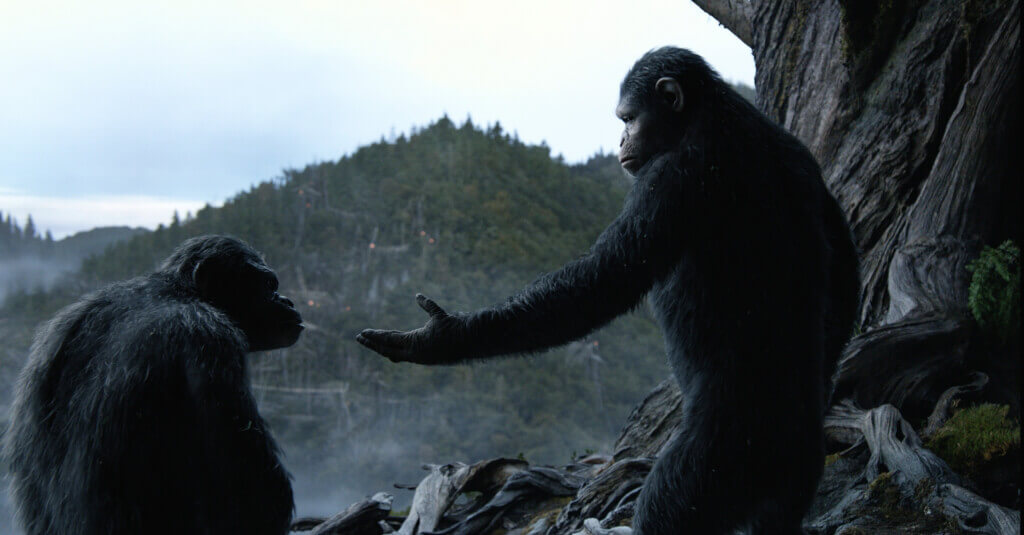 Photo credit: WETA TM and © 2014 Twentieth Century Fox Film
Here’s a behind-the-scenes look at how the apes came to life:

CGI has advanced to the point of being indistinguishable from live animals. And of course, CGI allows for performances that are too emotionally complex or dangerous to achieve with real animals. By creating animal characters using CGI, filmmakers also prevent real animals from being torn away from their mothers when they are just babies and being beaten in order to break their spirits and force them to perform in ways that are unnatural and sometimes painful. At around 7 or 8 years old, chimpanzees and orangutans become extremely strong and much harder to control. At that age, most are discarded at seedy roadside zoos, where they languish in tiny cages for decades, usually isolated from other primates. PETA found Chubbs, a chimpanzee who was used in Tim Burton’s Planet of the Apes and The Chimp Channel series, in a decrepit roadside zoo in Texas called Amarillo Wildlife Refuge. He was living on dog food and rotten produce.

Ape defender Anjelica Huston narrated a video for PETA in which she describes exactly what life is like for these primate “actors.”

This isn’t the first time that this Planet of the Apes franchise has come to the defense of primates. Animal advocates will recall that not only did Rise of the Planet of the Apes use all CGI primates, its animal rights message was also so strong that MTV dubbed the film, “perhaps the most expensive PSA against animal testing ever filmed.” These Planet of the Apes movies are certainly working to create a kinder planet for all primates.