A powerful new documentary highlights the now-possible outcome for animals confined at marine parks—a life in which they can return to naturalistic habitats, finally free from exploitation.

Both heartwarming and gut-wrenching, The Great Whale Rescue follows the story of two beluga whales—Little White and Little Grey—from their marine park rescue in China to their relocation at the first-ever real open-water beluga sanctuary on the island of Heimaey, off Iceland’s southern coast. 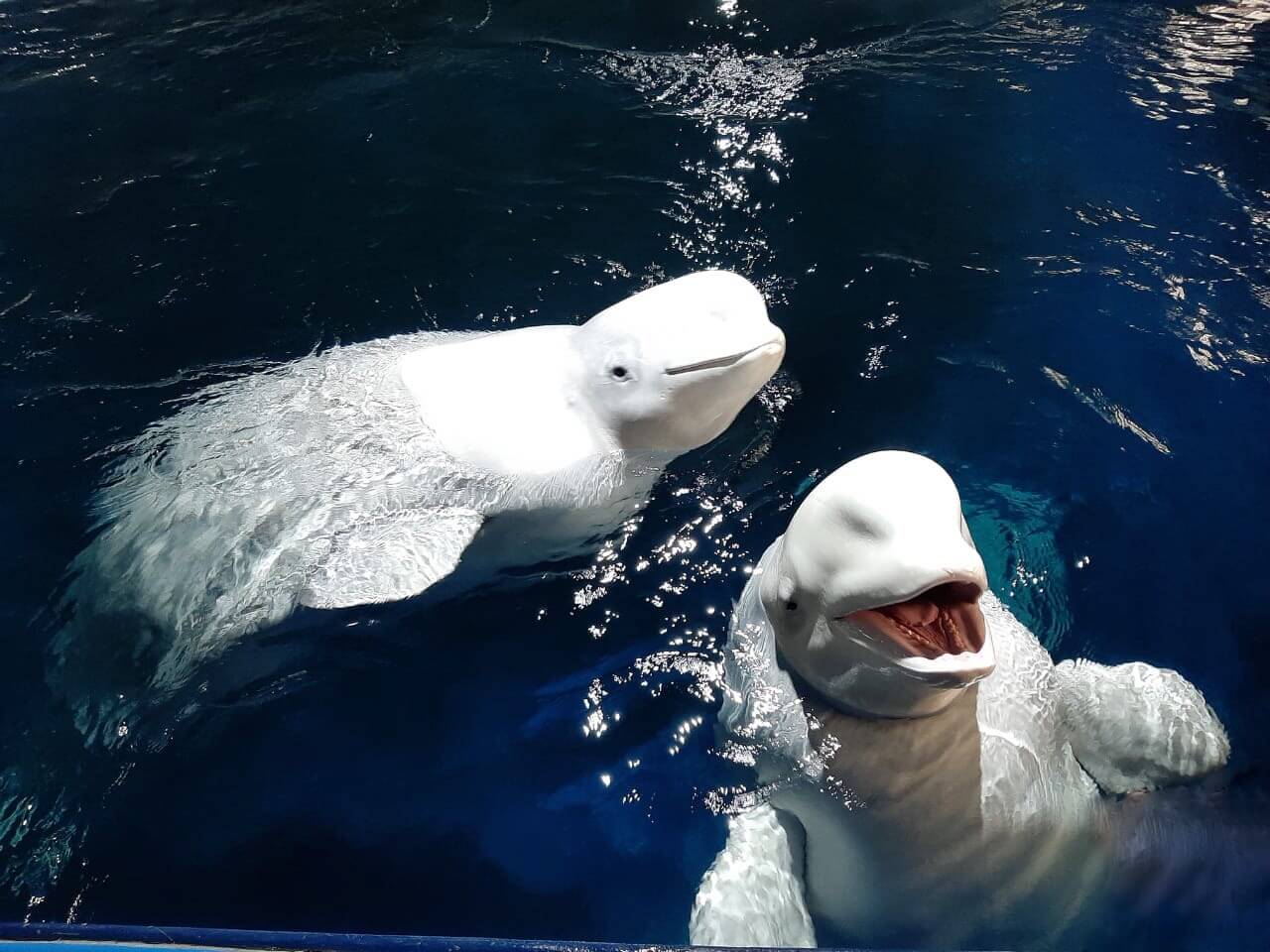 The two whales were taken from their homes when they were only 2 years old to be used in a “research” program before they were shipped off to Changfeng Ocean World in Shanghai, where they remained for more than eight years. Following a change in leadership at the marine park, the plan to return Little White and Little Grey to the ocean where they belong was set in motion. 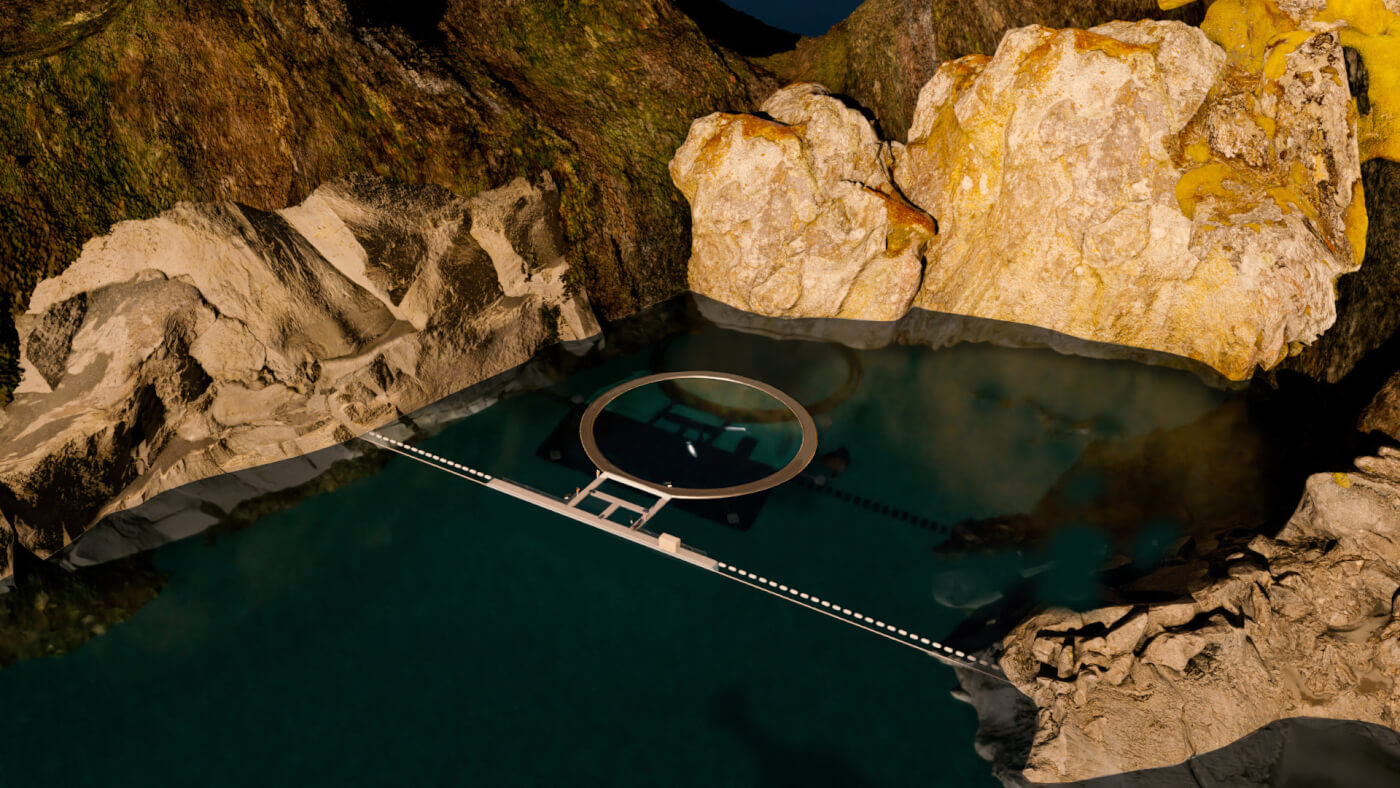 The two-part documentary takes viewers behind the scenes of the epic journey, from the years of intense planning and preparation leading up to the rehoming to the actual transportation of the two 1-ton whales 6,000 miles by land, air, and sea to freedom. 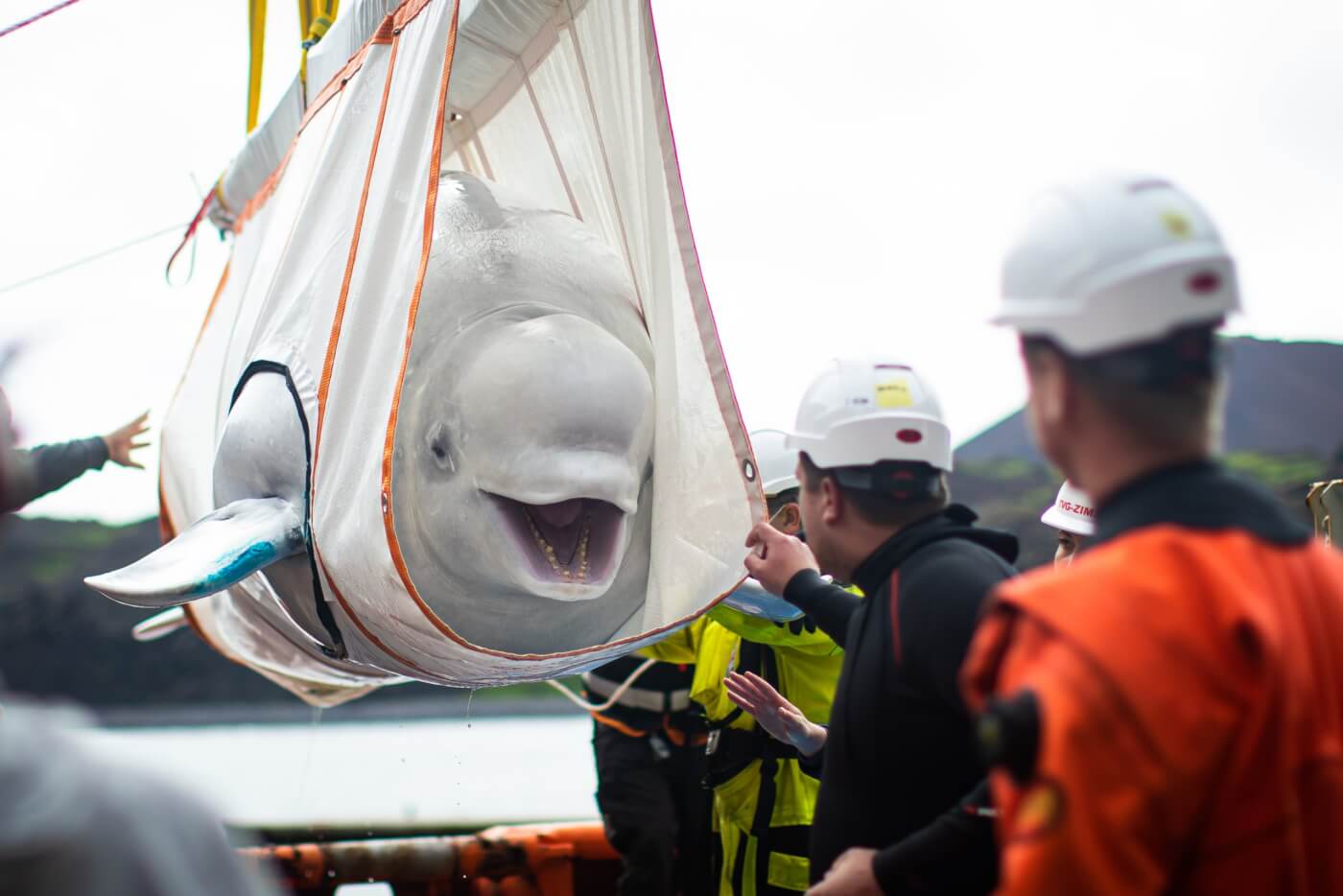 As PETA has been saying all along, it’s time for marine parks like SeaWorld to develop a plan to retire the imprisoned dolphins and whales to seaside sanctuaries.

The Great Whale Rescue is coming soon to PBS, so keep an eye on your local TV listings. In the meantime, tell SeaWorld to stop stalling and release the animals it imprisons to real sanctuaries!

No more excuses—it’s time for SeaWorld to establish a firm and rapid plan to end its use of animals, stop breeding all dolphins and whales, and relocate them to seaside sanctuaries. Take action below to send a message to SeaWorld: