Less than a month after U.S. Department of Justice officials seized 69 Endangered Species Act–protected big cats from Jeff and Lauren Lowe’s ramshackle Tiger King Park (and less than a week after the pair were reportedly arrested in Oklahoma on suspicion of driving under the influence of alcohol), Jeff has landed himself in more legal hot water. This time, the Tiger King villain is wanted in Las Vegas after skipping a hearing on Wednesday, June 9. Four bench warrants were issued for his arrest, stemming from a 2017 case in which he racked up multiple charges, including three counts of not having a proper “license/permit” for “wild and farm animals.” And if this sounds familiar, that’s because we’ve been here before:

He has reportedly been ordered to pay $20,500 to settle all four warrants and set a new hearing date. According to a Las Vegas news station, his lawyer withdrew from the case.

Keep scrolling to learn more about Jeff’s 2017 charges. And Tiger King Park has officially become tigerless—find out how PETA played a role. 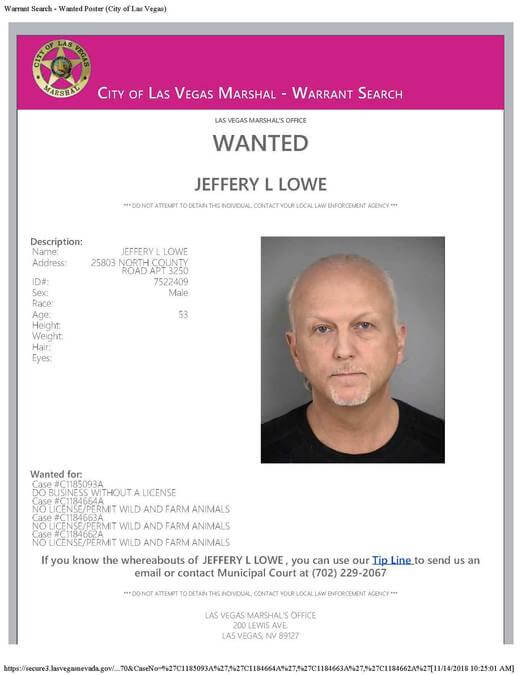 In November of 2017, police served a search warrant on a home that Lowe had rented in Las Vegas after hearing from animal advocates that he was selling public interactions and photos with big cats as well as at least one lemur. Authorities cited him for failing to have the required licenses to operate a business and possess exotic animals in the city. They also seized tiger and liliger cubs and a lemur and forced Lowe to pay $10,000 in restitution for their care. The judge gave him a suspended jail sentence conditional upon a “stay out of trouble” order, specifying, “That means no illegal activity including animal violations.” 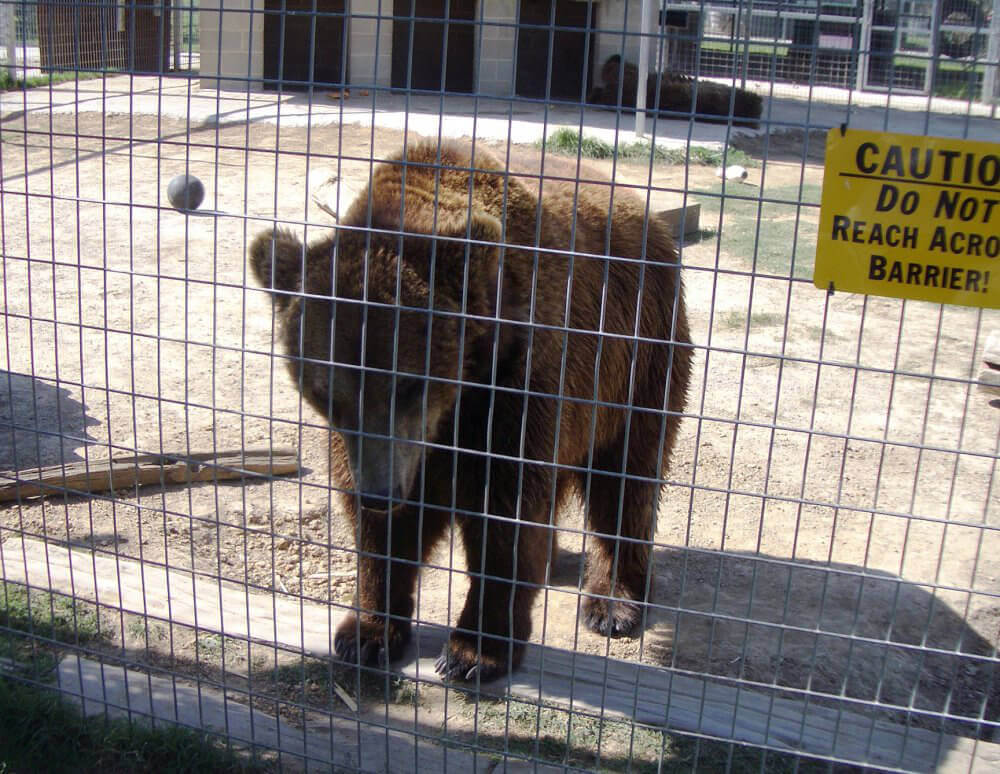 But Lowe admitted to a Las Vegas reporter that he was still selling animal encounters for private parties, rolling big-cat cubs through hotel casinos in suitcases.

The man from whom he purchased the G.W. Zoo, Joseph Maldonado-Passage, is currently incarcerated while awaiting trial for two charges of attempted murder-for-hire of a big-cat rescuer. He’s also been charged with violations of the Endangered Species Act and the Lacey Act for allegedly unlawfully selling tiger cubs, falsifying records relating to the sale of endangered species, and killing five endangered tigers.

In the past year, PETA has rescued 39 tigers, three bears, and two baboons from G.W. Zoo and assisted with the rescue of two chimpanzees. We’ll continue to fight for all the animals there to be transferred to reputable sanctuaries.