Update: Although the notorious Portland Aquarium is now closed, scandal still swirls around one of its former owners, Vince Covino. According to reports, he has been fined $5,000 for failing to disclose to potential investors in a new aquarium that previous disciplinary actions were taken against him after it was ruled that he had borrowed money from a client to purchase a home in 2011.

Brothers Vince and Ammon Covino are no strangers to legal troubles in their efforts to open aquariums across the country. Their apparent disregard for the law—and for the animals at their businesses—should be a red flag to anyone considering visiting an establishment tied to them.

Vince currently operates SeaQuest Interactive Aquarium locations in Utah and Nevada. PETA encourages conscientious consumers to “vote with their wallets” and stay away from these establishments and others that exploit animals to make a quick buck.

Continue reading to learn more about the litany of violations that the Covino brothers have amassed while subjecting animals to a lifetime of misery and pain in tiny tanks.

After protests, investigations, legal trouble for the owners, and animal-welfare issues that drove employees to quit their jobs, the Portland Aquarium shut its doors on February 16, 2016. In 2013, the aquarium’s co-owner, Ammon Covino, and his business partner at the Idaho Aquarium, Chris Conk, were convicted of trying to purchase eagle rays and lemon sharks illegally and were sentenced to a year in prison and two years of probation.

But the sentence didn’t keep Covino from going right back to trafficking in wildlife. In the past three years, he has continually violated the terms of his parole, including a restriction on working with wildlife. He has been in and out of prison and has paid hefty fines, but nothing seems to stop him from trying to make money by buying, selling, and exhibiting wildlife. Just five days after being released from his most recent prison sentence in January, he was caught violating his employment restrictions yet again and lying to his probation officer. He received another sentence for probation violation and will be returning to jail for eight months as well as serving another year of probation.

In just three months at the Portland Aquarium, more than 200 animals have reportedly lost their lives. Bamboo sharks, sea horses, stingrays, garden eels, and many species of fish have died from starvation, infections, a power outage, attacks by incompatible tank mates, getting caught in drain screens, being hit by falling rocks, escaping from their tanks, and unknown causes. A marine biologist at the facility stated that it was “cutting corners to save money” and that “so many deaths … were … preventable.”

The Oregonian newspaper reported that since February—almost seven months ago—the aquarium has not had a veterinarian on contract to care for the approximately 10,000 animals it confines. Also according to The Oregonian, the aquarium owners, Ammon and Vince Covino, “acknowledge that the facility has gone without regular veterinary services.” The Oregon Humane Society has launched an investigation, and PETA has asked it to pursue criminal cruelty-to-animals charges against everyone responsible, including the Covinos.

Meanwhile, we’ve turned our attention on the new aquarium that the Covinos want to open in Austin, Texas. Even though they apparently haven’t obtained all the required building permits, reports indicate that they have started construction and may already be holding animals at the site, including sharks, iguanas, lizards, a kinkajou, and possibly a crocodile. PETA has contacted Austin Animal Services and asked it to conduct an inspection to determine whether the animals are suffering as a result of abuse, neglect, or stress from the loud construction noise. 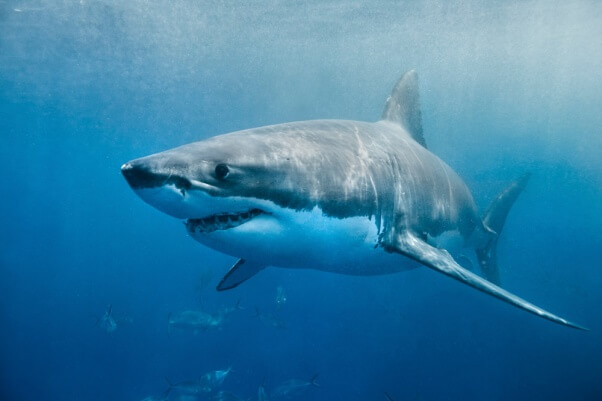 We’re also calling on the City of Austin’s Health Authority to get involved because the agency is charged with enforcing Austin’s prohibition on keeping dangerous animals, which the law defines as any animal who is “capable of inflicting serious bodily injury to a human.” Iguanas can suddenly charge and bite without warning, sometimes causing serious injury, and captive kinkajous are also known to bite and scratch humans. Crocodiles are reported to be 168 times more dangerous than sharks, killing 2,500 people every year. PETA is urging the City of Austin’s Health Authority to take custody of all the dangerous animals being held at the site.

While we go after marine-animal prisons through legal channels, you can help go after them via the accountant’s office by never buying a ticket.