You might recall that last fall, PETA convinced Simon Property Group, the largest real estate company in the country, to ban exotic-animal exhibits at all its properties. At one mall that Simon owns in Winchester, Virginia, Cole Bros. Circus makes an annual appearance during the city’s Shenandoah Apple Blossom Festival, which means that Cole Bros. would have to skip this city altogether or use only human performers in its show—no animals whatsoever. 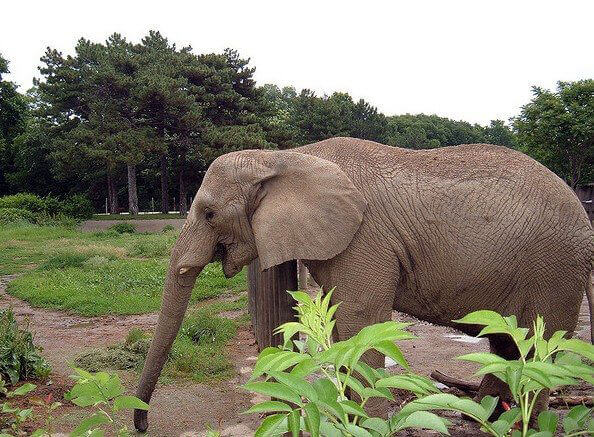 To our surprise, that is just what the circus is doing! The Shenandoah Apple Blossom Festival announced that Cole Bros. had created “a new-concept circus in 2012 entitled ‘Circus of the Stars’ that they feel will be just as dazzling and just as amazing as previous circuses.” I’m of the opinion that seeing a circus replete with daring and funny human performers would be considerably more exciting than watching frightened, abused animals forced to do silly tricks.

Cole Bros. has a long history of repeatedly violating the Animal Welfare Act and recently incurred a $15,000 fine after PETA filed two complaints with the U.S. Department of Agriculture regarding the physical safety and psychological well-being of two of its elephants. It was also forced to pay $150,000 for illegally selling endangered elephants to someone wholly unable to provide them with proper care, in violation of the Endangered Species Act.

But this humans-only circus is a great start toward making Cole Bros.’ abuse of animals a thing of the past, and PETA will continue working to have venues host only the circus’s animal-free performances.