Barbie has been fur-free and an animal rights activist for years. But America’s favorite doll has taken a dangerous turn, thanks to famous toymaker Mattel and infamous animal abuser SeaWorld. The companies have released a Whale Trainer Barbie, an ill-advised doll that would be more accurately called “Barbaric.” 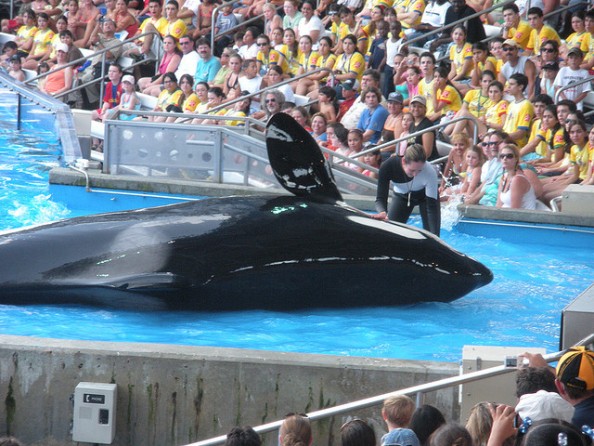 Not much could be in poorer taste than a children’s toy that simultaneously glorifies animal abuse and a high risk of personal injury. So PETA wrote to Mattel requesting that if it continues to sell this doll, the company should at least make Whale Trainer Barbie realistic:

[C]hildren were traumatized when they witnessed Tilikum pull trainer Dawn Brancheau underwater and kill her by thrashing her into the walls of the tank, separating her scalp and pulling her arm out of its socket. This was that particular orca’s third human killing. Orcas in captivity are held prisoner in tiny concrete tanks, deprived of all that is natural to them. They suffer from extreme physical and psychological distress and what has been described as rage and frustration over their unnatural confinement and loss of family and all freedom. If you continue this partnership with SeaWorld, the doll should be made more realistic: It should have detachable limbs and be black and blue.

Far better that Mattel simply admit this was a false step and withdraw the doll.

If not, what’s next? Grand Theft Auto Barbie?