For three decades, this was Mimi and Dolly’s “home.” 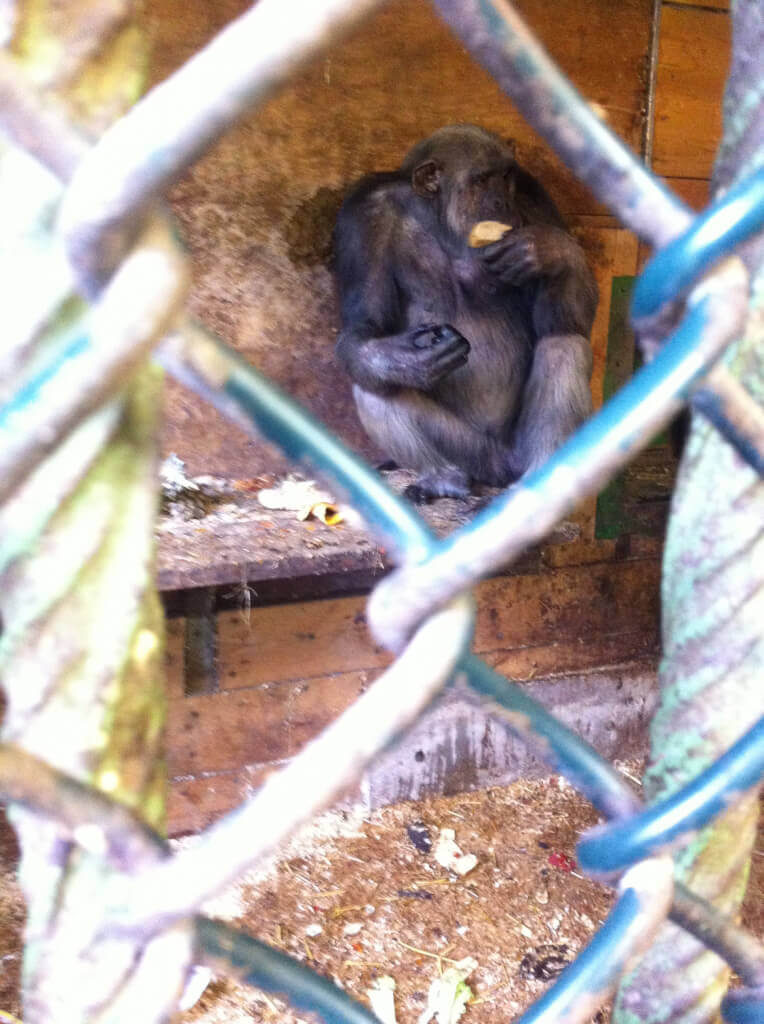 A whistleblower alerted PETA Germany to the chimpanzees’ plight in 2012. A PETA Germany investigator visited the site, which was located on the grounds of a nursery in Wedemark, Germany. The apes were confined to a 97-square-foot shack that was filthy, moldy, and littered with rotten food and the animals’ waste. In nature, chimpanzees spend much of their time in trees, but Mimi and Dolly had nothing to climb on. When weather permitted, the chimpanzees had access to an outdoor enclosure measuring approximately 215 square feet—but even with this additional area, their living space was far smaller than the legal guidelines. 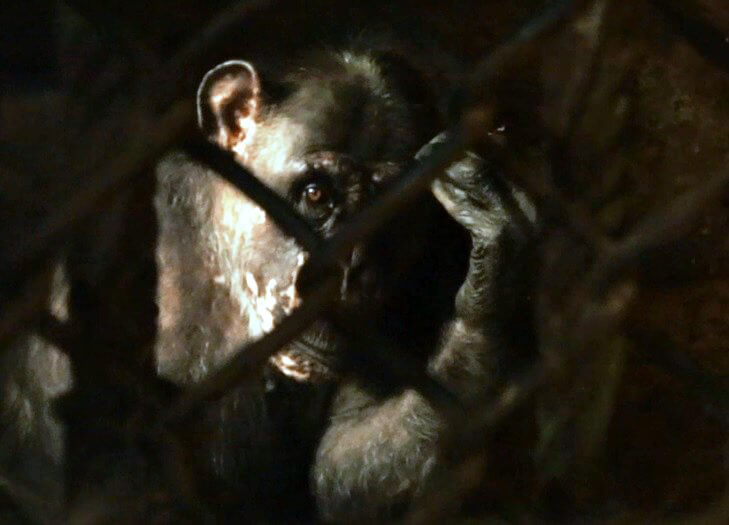 PETA Germany reported Mimi and Dolly’s plight to the authorities and urged them to seize the chimpanzees and send them to a sanctuary. The authorities filed charges against the owner, who was fined but still permitted to retain custody of the apes. 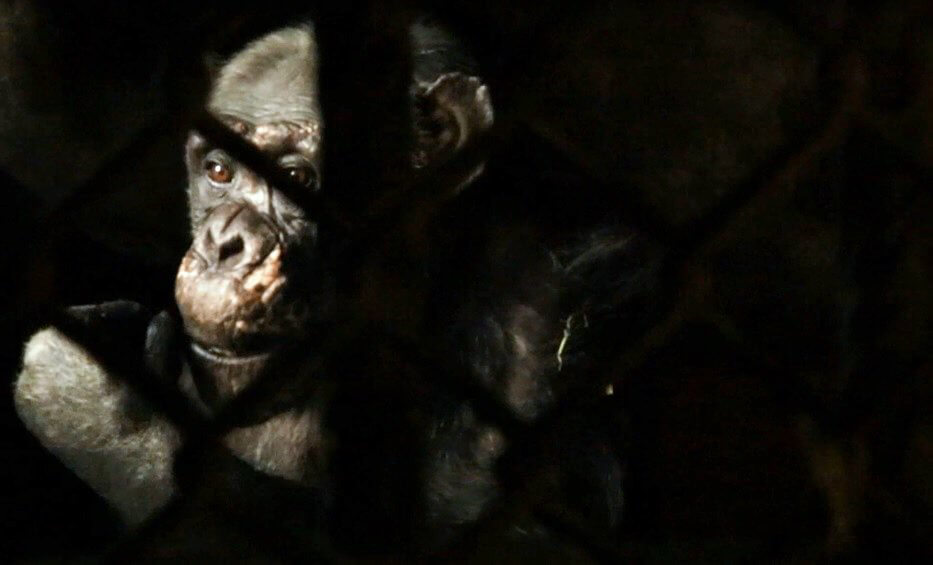 So, PETA Germany went public, alerting the media and setting up an action alert on its website. More than 21,000 people responded to the alert in just a matter of days. Driven by the public’s outrage, the authorities put pressure on the chimpanzees’ owner to relinquish custody of the animals. Within weeks, the owner agreed to transfer Mimi and Dolly to the AAP Foundation—a Dutch sanctuary for primates and other wildlife. 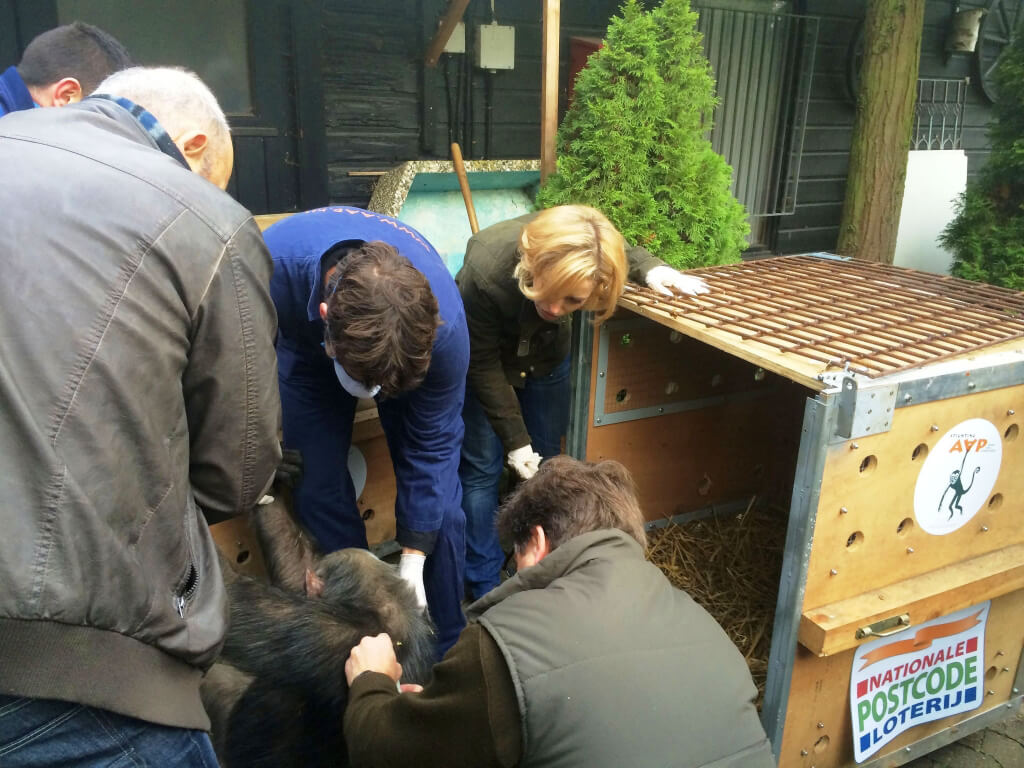 AAP (which means “ape” in Dutch) has specialized in the rehabilitation of abused and traumatized chimpanzees for more than 25 years. Mimi and Dolly are still in quarantine at the moment, as veterinarians and behaviorists assess their mental and physical health. But if all goes well, they’ll soon move into spacious indoor and outdoor enclosures—and be able to interact with other members of their own species for the first time in decades.