The U.S. Department of Agriculture (USDA) is protecting an animal-exploiting tourist trap? Not on PETA’s watch. You probably know of the Monterey Zoo, right? (It was the last operation in California still selling dangerous and exploitative encounters between elephants and humans—until last month, when it sent away the last elephant after three others died.) What you didn’t know—and what you may never have known, had it not been for a years-long PETA probe—is that USDA Animal Care inspectors issued fraudulent clean inspection reports for the shoddy roadside zoo, despite observing dozens of potential federal Animal Welfare Act (AWA) violations. They also destroyed photos and videos from these inspections, and then the USDA tried to hide it all from PETA by abusing redactions under the Freedom of Information Act (FOIA). So we called for a full investigation into these apparently unlawful and unethical actions.

The officials who directed them must be removed from office, and the USDA must uphold its responsibility to protect animals by enforcing the law.

In late 2020, PETA received more than 200 pages of USDA records related to the Monterey Zoo in response to an FOIA request. Portions of the records that pertained to a September 25, 2017, inspection were withheld improperly. PETA appealed, and on March 29, the USDA finally released the records.

Evidently, the purpose of withholding the records was to conceal the USDA’s own misconduct. The unredacted documents include an exit interview memo showing that Animal Care issued a “clean” report identifying no noncompliant items during the September 2017 inspection, even though inspectors had actually identified two dozen potential AWA violations, many of which related to veterinary care. These include the following: 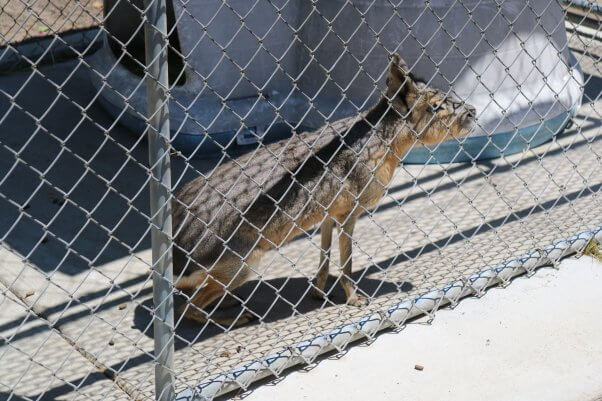 A Patagonian cavy in an enclosure at the Monterey Zoo

Agency officials also deleted the photos and videos from the inspection, even though federal law requires them to preserve records. On another occasion, Sammut wouldn’t allow an inspection. This would normally earn a critical citation, but instead, the USDA simply pretended it had never occurred and didn’t issue an inspection report.

Animal Care officials also bungled an investigation into a June 20, 2018, elephant attack at the roadside zoo—a witness reported the attack, but the agency delayed for months before conducting a cursory inspection and again issued a clean inspection report in apparent violation of agency policy. The witness claimed, “The owner asked us to delete the video we took,” and felt that evidence had been destroyed. 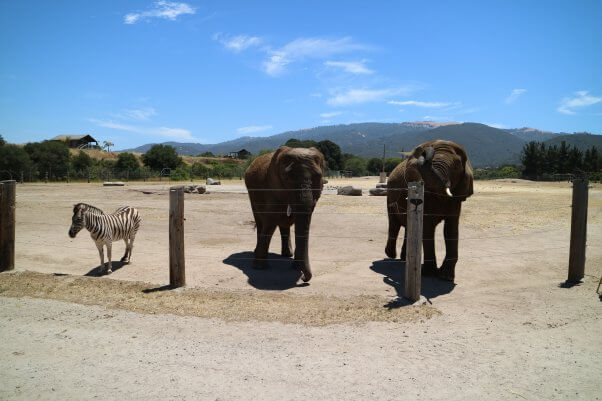 A Monterey Zoo handler reportedly beat an elephant with a cane during a June 2018 incident.

The USDA is supposed to be protecting animals, but instead, it’s bending over backward to protect the people who exploit them—people it refers to as “customers.”

In our letter to Secretary of Agriculture Tom Vilsack and USDA Inspector General Phyllis K. Fong, we point out that these were not the isolated actions of rogue employees and that Animal Care leadership was directly involved. Because Animal Care has hidden much of its activity from the public through its abuse of FOIA exemptions in recent years, the true scope of misconduct is unknown.

According to a National Geographic article published earlier today, the USDA’s former assistant director of animal welfare operations confirmed that in recent years, the agency’s poor enforcement of the AWA “amounted to ‘a systematic dismantling of [the] animal welfare inspection process and enforcement’” and that these policies caused animals to “suffer immensely.”

A former inspector confirmed that staff were afraid to cite licensees for legitimate concerns and “were told not to list certain infractions or to downgrade the severity of a citation. Those who did speak out were reprimanded … and their careers could stall.” The former employee called this a “reign of terror.”

Yet another inspector recalled a time when a colleague was stopped from citing an exhibitor who left a gate open, allowing an exotic cat to escape—because “there was nothing in the [regulations] that said employees can’t leave gates open.”

Read More About the USDA’s ‘Systemic Failure’ in ‘National Geographic’

In addition to asking for an internal investigation, PETA’s also calling on the agency to rescind the policies that enabled this unlawful activity and to hold the individuals who directed it accountable, including through termination of employment.

You Can Help Animals Languishing at the Monterey Zoo, Too

Join the more than 40,000 supporters who’ve signed our Monterey Zoo action alert—urge the roadside zoo to commit to closing its elephant exhibit: