In 2016, the U.S. Department of Agriculture (USDA)—the agency responsible for enforcing the federal Animal Welfare Act (AWA)—implemented its infamous “teachable moments” program. Rather than being written up in an inspection report for failing to comply with minimum animal welfare regulations, facilities that ran afoul of the law would simply be asked to do better—pretty please with brown sugar on top. When animals such as bear cubs, monkeys, and dogs suffered as a result of AWA violations, their abusers got off scot-free. Happily, the use of “teachable moments” has ended. Here’s why PETA is glad to see it laid to rest.

What Kinds of Violations Were Considered ‘Teachable Moments’?

The USDA began using “teachable moments” to document violations that its inspectors interpreted as minor violations, in an attempt to “work together” with licensees and registrants and bring them into compliance before recording a citation on their inspection reports.

“Minor” violations that could be recorded as a “teachable moment” were supposed to meet the following criteria:

However, some serious violations were written off by inspectors as “teachable moments” instead of earning violators the citations they deserved, failing the animals the inspections were supposed to protect. Now that the “teachable moments” system has ended, exploiters will be cited for their mistreatment of animals, which is the only way they can be held accountable, since citations are the basis for more severe enforcement actions such as warnings, fines, penalties, administrative lawsuits, court cases, and even animal confiscations or license suspensions or revocations.

Who Did ‘Teachable Moments’ Fail?

The use of “teachable moments” gave animal exploiters a pass, even as they failed to comply with minimum animal welfare regulations, and some inspectors incorrectly treated serious animal welfare violations as nothing more than learning opportunities. Incidents that were written off as “teachable moments” but should have been cited in an inspection report include the following.

Why this should have been a citation: The USDA’s guidance for its inspectors states that any noncompliance that adversely affects animal health and well-being should be cited on an inspection report and includes lack of ventilation as an example of something that warrants a citation. Without proper ventilation, the cubs risked not getting enough oxygen, which would have led to respiratory acidosis as well as increased intracranial pressure—a condition that can cause permanent neurological damage or even death. Also, “teachable moments” weren’t supposed to be issued to facilities with poor compliance records. At the time of this issuance, Oswald’s had just four months earlier agreed to pay $2,400 to settle alleged violations of the AWA. 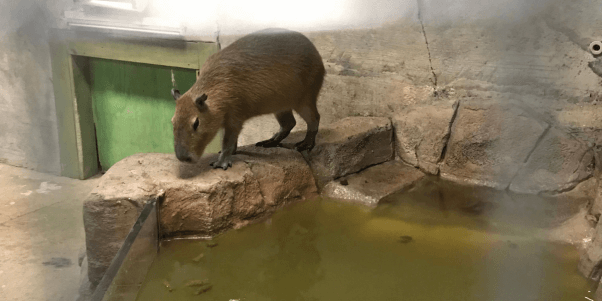 Why this should have been a citation: Clearly, this issue was serious because the incidents had occurred at an interactive petting zoo—and subsequently were unlikely to be corrected anytime soon.

Why this should have been a citation: “Teachable moments” cannot have an impact on animal welfare—and not providing cubs with proper food absolutely falls within this realm.

Why this should have been a citation: Insufficient space has an adverse effect on animal health and well-being and can lead to psychological distress and physical suffering—making these serious apparent violations of animal welfare regulations.

Why this should have been a citation: In all three cases, the institutions’ oversight committees failed animals. These failures are particularly concerning as IACUCs are intended to be animals’ last line of defense. The USDA itself considers IACUC violations to be gravely problematic, because such failures represent a breakdown of the system of oversight governing the use of animals in experimentation.

In nature, bear cubs spend their time playing, exploring, and socializing, but at Oswald’s Bear Ranch, they’re used for photo ops and handled by the public—highly disruptive practices that often result in long-term psychological and physical issues for the cubs. Bears at Oswald’s have suffered greatly at the hands of exploiters and unknowing tourists who paid to feed cubs torn away from their mothers by profit-hungry breeders. The roadside zoo was issued several “teachable moments” and citations, but the only way it can show that it really learned its lesson is to turn the bears over to a reputable sanctuary.